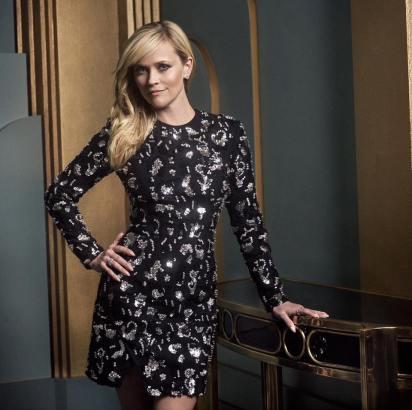 Today Reese Witherspoon turns 41 but I am convinced that she might be a vampire because she hasn’t actually aged since 1998. Can we get the government to look into it? That would be something I wouldn’t mind my taxes going to.

Reese is an amazing actress but that isn’t where he talent stops. One thing that Reese has been doing behind the camera is making sure that there are more women behind the camera. If that makes sense at all. She started her own production company and started to make movies focusing more on female characters, things of that nature.

Little fun fact about her is that she was one of the executive producers on ‘Gone Girl’ and we all know how well that did in theaters.

If you have followed this blog at all you know that Reese is one of my favorite actress. She doesn’t get the credit she deserves and even though she had a few years down after ‘Walk The Line’ she is back. Personally I think that her role in ‘Big Little Lies’ is her best yet!

So happy birthday Reese, may it be filled with pastel colored flowers and other Pinterest type things!