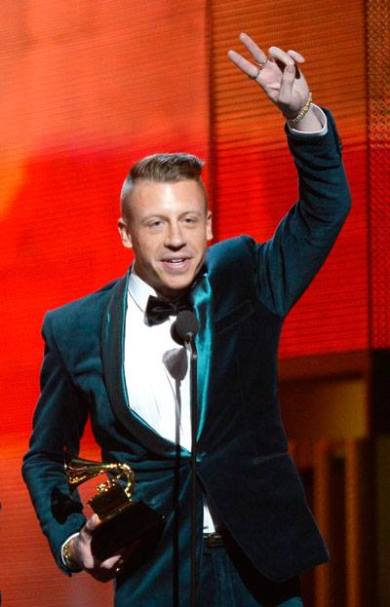 Now normally I don’t find gingers very attractive, I also normally don’t find white rappers attractive, if they aren’t Eminem I just tend to laugh at them. Mac Miller is the finest example of that. I also usually like guys with darker features, dark hair, dark eyes, you are my type! So looking at Macklemore the only thing that he has that I would normally go for is a nice jawline, that jawline could cut a damn rock!

Macklemore also has a really weird speaking voice, it is kind of raspy and weird, right? That just makes me like him more! It means that when he sings he gives it all that he has, or he was just born with a voice like that. After seeing him about three hours on my screen though I came to the solid conclusion that Macklemore is in fact good looking and talented.

Congrats on the certified hotness level Macklemore, I hope that you continue to make party music and don’t take yourself too seriously.