I can’t believe that it has been seven years since I wasn’t invited to Carrie Underwood‘s wedding!

Today Carrie took to Instagram to wish her husband a happy anniversary and one thing is for sure, they are still absolutely adorable. Over the course of their marriage they have welcomed a son and when Mike was in the playoffs this past year, Carrie rapped more than I thought she ever would.

Celebrating 7 years with this amazing man. How am I so blessed to share this life with you, @mfisher1212 ? Here's to so many more years and memories together…

A big congratulations to Troian and Patrick on their wedding! The couple has been together for almost five years, and have been engaged since February 2014. The two haven’t been quiet about their love either, often posting photos of each other on Instagram, and Troian even starring on Patrick’s hit show ‘Suits’.

The couple asked attendees to donate to David Suzuki Foundation and SickKids Hospital rather than give them any gifts.

Guests spent the weekend camping out in tents around the wedding venue. To be clear, I think that they were more like yurts, rather than tents that regular people would camp out in. Also, if I ever had to camp in order to attend a wedding, I would have to RSVP a hard no, I am not one for camping, unless it’s a yurt.

The couple opted for a pimped out school bus rather than a limo or anything like that though. Patrick picked up the guests himself in the school bus and drove them from the tents to where the ceremony would be happening.

Meghan Markle, Patrick’s love interest on ‘Suits’ was noticeably absent but most people assume it was because of how the media has been all over her lately, rather than any bad blood between the costars. Troian’s costar Shay Mitchell was also not in attendance. 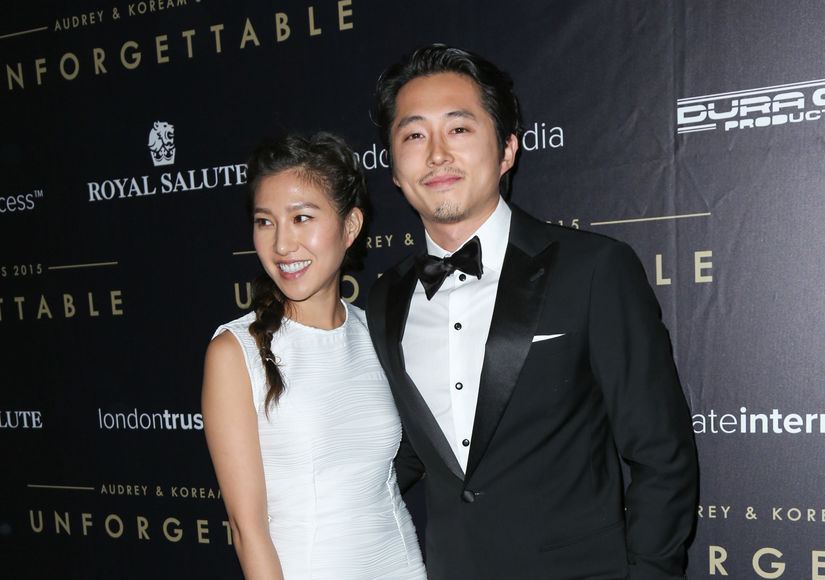 Over the weekend in Los Angeles, ‘The Walking Dead’ star Steven Yuen married his longtime girlfriend Joana Pak! On December 3rd, the couple walked down the aisle and most of the  ‘The Walking Dead’ cast attended. How much fun must that have been?

The couple got married at the famous Paramour Estate, and even though the cast was there, it seemed to be a fairly private and quiet ceremony.

Getting to celebrate the love between these two, last night, along with all their friends and family was so beautiful and special!! This whole week has been an awesome, family-filled, fun time and it's been so great! (We've also gained a brother in-law from it!) #loveyouguys #pakpack 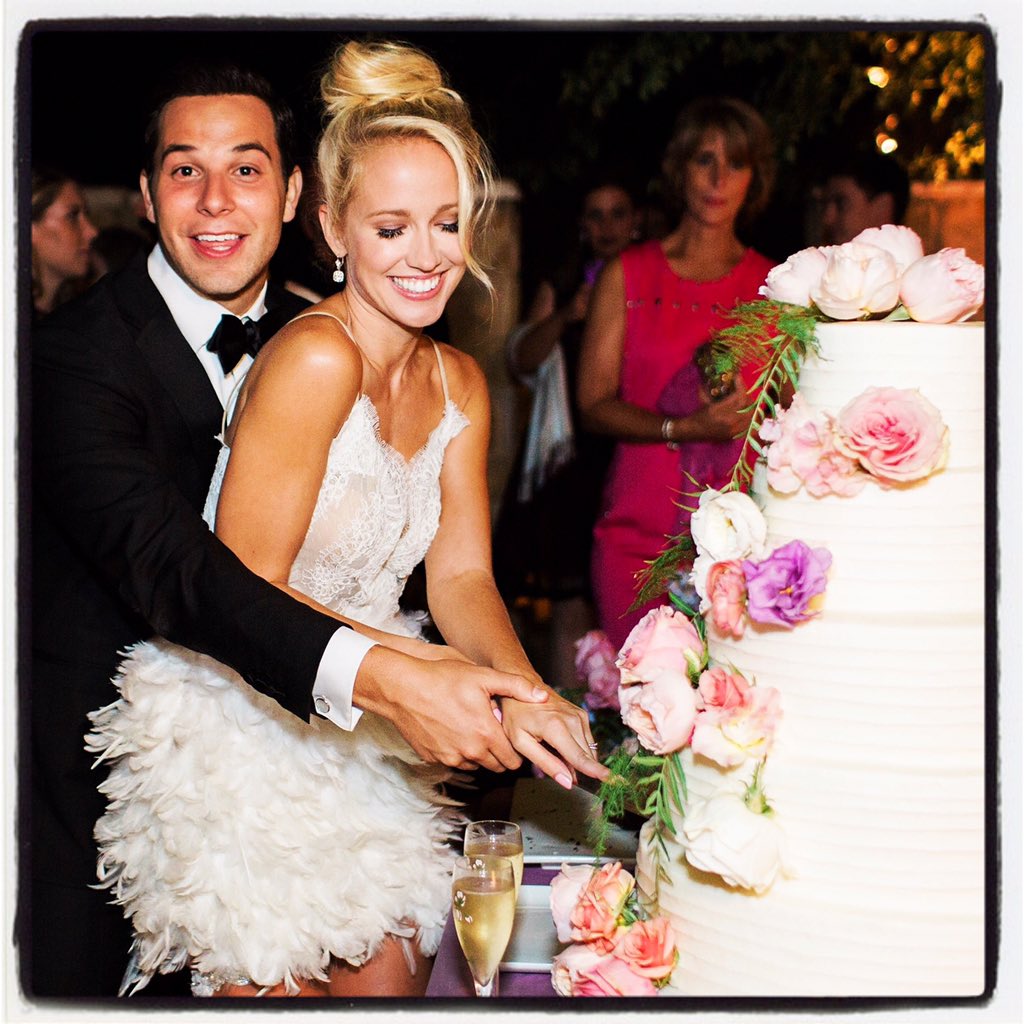 If you weren’t convinced that Anna Camp and Skylar Astin are one of the cutest couples in Hollywood, I hope this photo convinces you!

The couple married a month ago in Northern California and of course they had some of their ‘Pitch Perfect’ costars there to help ring in their wedding! After that they jetted off to Italy for a few weeks and documented it through their own Instagram and Twitter accounts.

I picture this couple just walking around their home singing in perfect harmony all the time. Now I bet that they actually speak to each other and maybe rarely sing, but don’t ruin it for me, okay?

Again, a big congrats to the happy couple!

Over the weekend ‘Teen Mom 2’ star Chelsea Houska and Cole DeBoer were married in a small ceremony. Chelsea is currently expecting their first child together, Chelsea also has a daughter Aubrey from a previous relationship. It looks like these two love birds decided to get married though, even with Chelsea’s baby bump! Look, there is nothing wrong with being pregnant on your wedding day, people were just curious if she would hold off until she had baby DeBoer.

According to Chelsea herself, the ceremony was small with just their closest friends and family, but they are planning on having a bigger ceremony once their baby is born.

So as most of you already know, yesterday Cole and I got married in a tiny ceremony just with our parents and siblings…next year,

once our baby is here and able to be a part of it, we will have our big wedding ceremony and reception with our friends/extended family.☺️

A very big congratulations to the happy couple, may you have a lifetime of happiness!

I hope that Anna and Skylar made it a point to thank Elizabeth Banks for introducing the two of them because without ‘Pitch Perfect’ this absolutely perfect couple may not have ever met. Can you imagine how sad that would be? I bet that they just walk around the house and sing in perfect harmony as they cook together, watch television, their home is probably a musical.

Hopefully soon there will be a hundred more pictures from their wedding, so I can keep everyone up to date about one of my favorite celebrity couples! 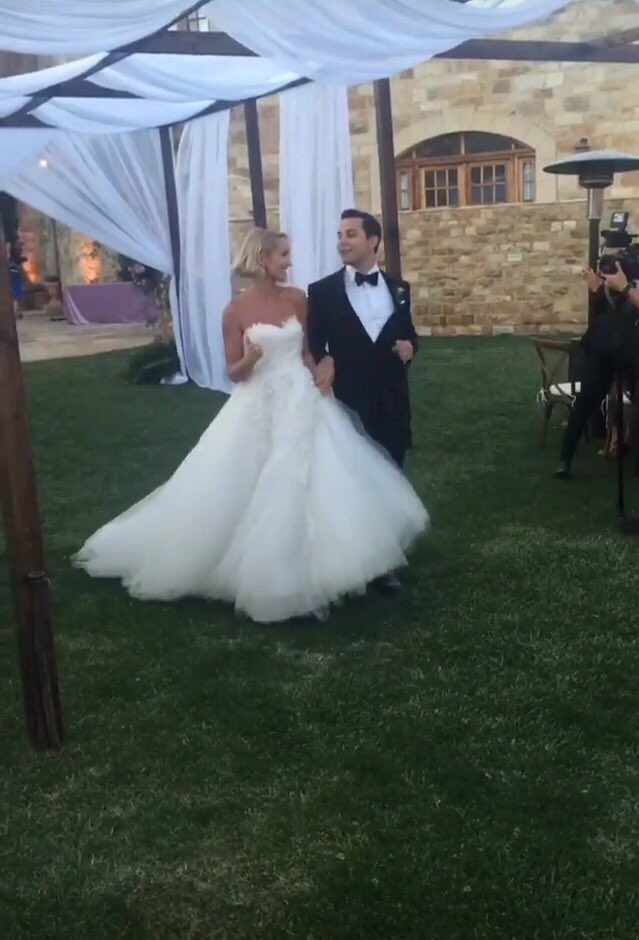 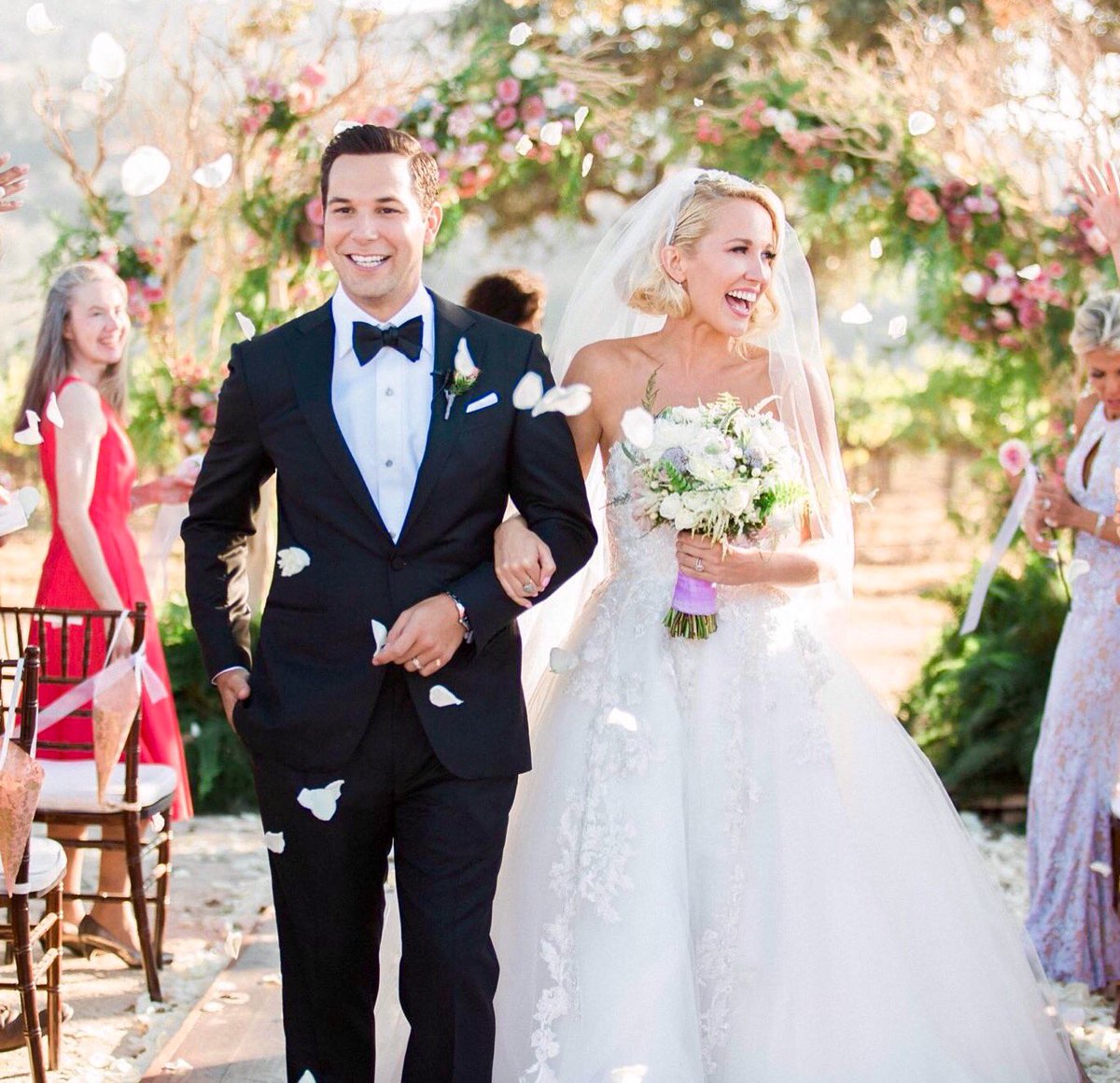