Mindy Kaling has written about her complicated friendship with BJ Novak. During ‘The Office’ the two were kind of dating but also weren’t, they were the best of friends then would get into insane fights. In my opinion, it seems like they are in love. I don’t know that is just coming from an outsider who is hoping that they are in love because they would be adorable together.

Last night Mindy and BJ coupled up though and went to the annual Vanity Fair Oscars Party.

These two just need to admit their love for one another, it’s that simple. Or they can just keep us guessing, in reality they can do whatever they damn well please. I am rambling, I know but I just really want them together but I also want to be able to support a platonic friendship between two members of the opposite sex. Do you feel me?

Anyway, Mindy posted a few photos of their night out and it will give you all the feels.

Okay, so Rosie Huntington-Whiteley has never looked bad, she is a super model for a reason.

Last night she showed up to the Vanity Fair Oscars party and in my opinion she was one of my favorite dressed women of the night. The way that the silver looks against her completion. The way that the dress hangs off of her shoulders and just drapes over her baby bump, I love it all!

Rosie looks like a Greek goddess, right? Yeah, I am right.

Jason Statham was there as her date of course and he looked great as well. 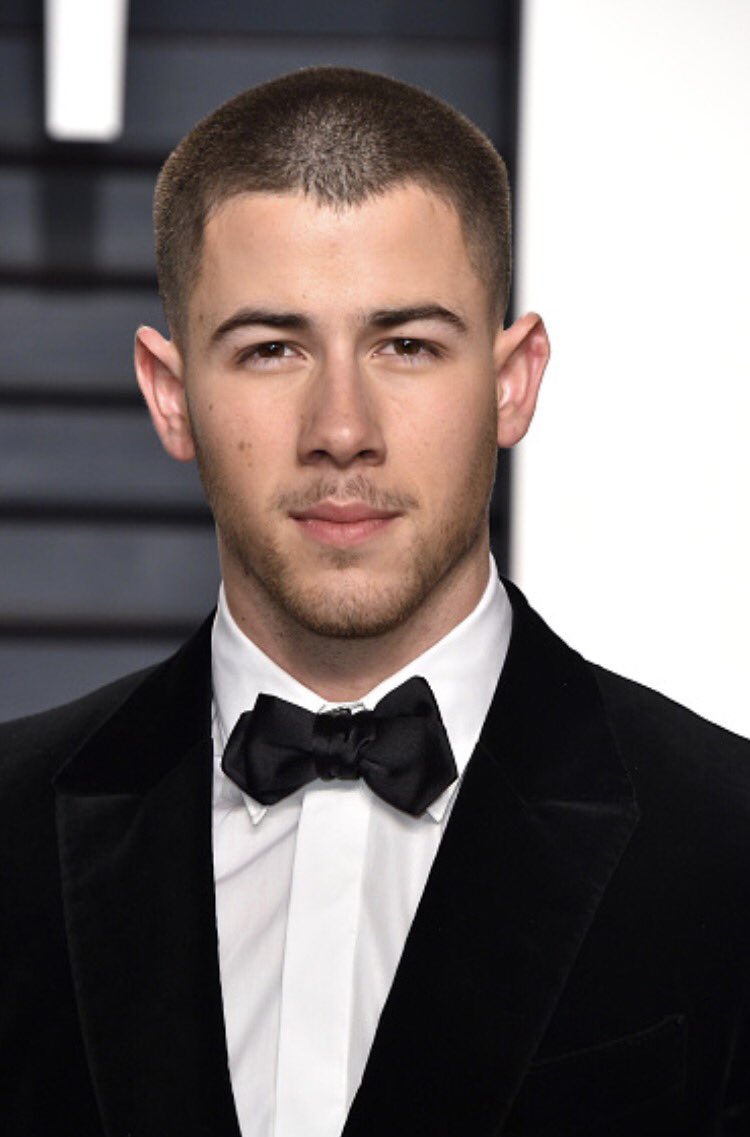 Last night was of course the biggest night for movies but know what is awesome about when the show ends? Well first of all you can go to bed, but if you’re famous and not an actor, you get to enjoy the after party!

Nick Jonas walked the red carpet at the Vanity Fair Oscars after party.

Let’s be real, Nick is one of the hottest guys in Hollywood. Maybe I should say young Hollywood because I don’t want to compare him to Dwayne Johnson although they will both be starring in the ‘Jumanji’ remake.

He showed up with Demi and his brother Joe, don’t worry, I will cover Demi too, Joe? I won’t cover him. Not sorry.

Check out Nick breaking it down at the party though. 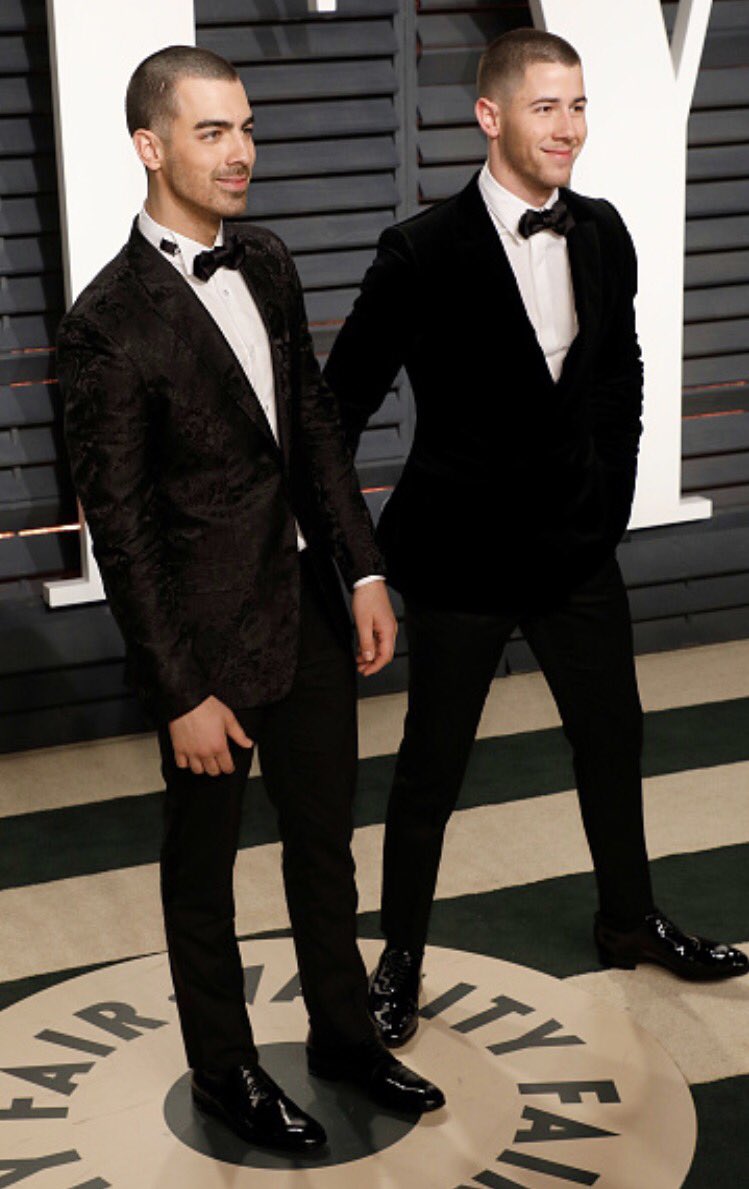 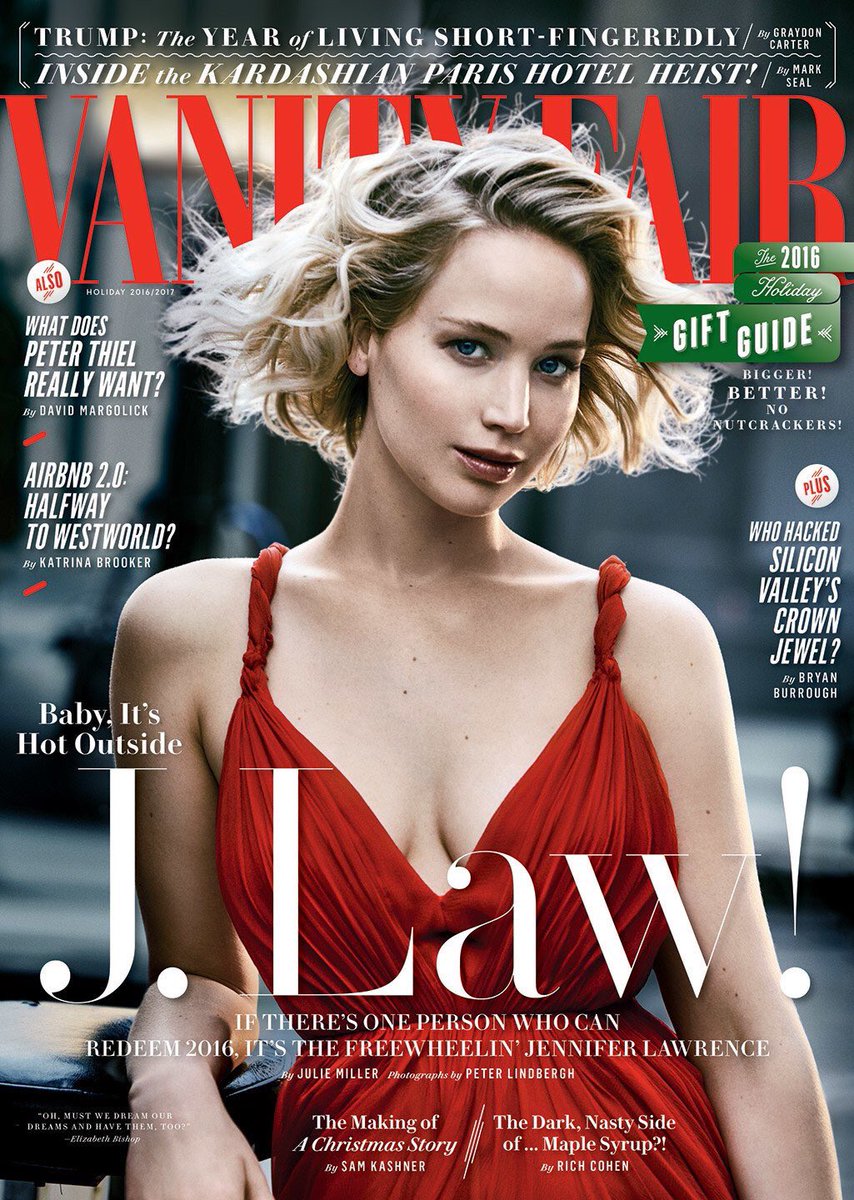 Jennifer Lawrence has a new movie and you know what that means, it’s time for her to play up the quirky weirdo! Personally I think that Jennifer is hysterical, I think she has a dry humor when she acts most of the time, and I love it. She just tries to act too weird in interviews, like it’s almost forced. Just my opinion.

Doesn’t mean I like her any less though! Jen is definitely the best actress of our generation and we will be seeing her for a long time to come, that is something I am totally sure of. Whether you love or hate her, she is insanely talented.

Now go ahead and learn some stuff about her!

I am slowly becoming obsessed with Margot Robbie and I think the rest of the world is too. See she is actually a believable down to earth person. She isn’t like other actresses who claim to drink beer and be a normal person (looking at you Jennifer Lawrence), I actually believe that she does those things.

She took time out with Vanity Fair magazine to teach us some Australian slang and all that I can say is, thank you. I never knew how badly I needed Australian slang in my life. I could listen to Margot talk all day. Okay, I am getting weird, I know. Australian accents are just the best.

Margot Robbie is America’s sweetheart, and she is Australian, so what does that say about us Americans?

I am so glad that Justin and Jessica are no longer in hiding with their marriage. They kept that private for far too long, if you ask me of course. I love that they are this playful and open on the red carpet, it is truly adorable.

Just to take a step back, they both look incredible. Justin’s suit is tailored to perfection and the color of Jessica’s dress is beautiful. Also, I am a big fan of JT’s new haircut, enough of that long slicked back look. Let the curls free!

Let these two continue to be adorable on every red carpet possible, okay? Okay.

Nick Jonas always looked good when he suits up. I mean suits up, not wears a turtle neck to an award show, I am not sure if I will ever forgive him for that look. Okay, okay I will.

Nick showed up at the party with his good friend Demi Lovato who came with her longtime boyfriend Wilmer Valderrama.

The Vanity Fair party is the place to be on Oscars night, everyone knows that. Most celebrities end up there, or at least start their partying there.

Anyway Nick, looking good as ever. No word on whether or not he left with his rumored girlfriend Kate Hudson.

I love Rihanna, I think she is absolutely incredible. She owns who she is, she owns what she represents, I absolutely love it. When she got with Chris Brown again I had some issues with it but after reading the article it is pretty interesting to get her thoughts on things. She also opens up about how her reputation and her actual private life are very different. She is constantly dating every man ever in the tabloids but in reality she isn’t even into casual sex.

Here are some of my favorite excerpts from the article.

On thinking she could change Chris Brown: “A hundred percent. I was very protective of him. I felt that people didn’t understand him. Even after . . . But you know, you realize after a while that in that situation you’re the enemy. You want the best for them, but if you remind them of their failures, or if you remind them of bad moments in their life, or even if you say I’m willing to put up with something, they think less of you — because they know you don’t deserve what they’re going to give. And if you put up with it, maybe you are agreeing that you [deserve] this, and that’s when I finally had to say, ‘Uh-oh, I was stupid thinking I was built for this.’ Sometimes you just have to walk away. I don’t hate him. I will care about him until the day I die. We’re not friends, but it’s not like we’re enemies. We don’t have much of a relationship now.”

On domestic abuse: “Well, I just never understood that, like how the victim gets punished over and over. It’s in the past, and I don’t want to say ‘Get over it,’ because it’s a very serious thing that is still relevant; it’s still real. A lot of women, a lot of young girls, are still going through it. A lot of young boys, too. It’s not a subject to sweep under the rug, so I can’t just dismiss it like it wasn’t anything, or I don’t take it seriously. But, for me, and anyone who’s been a victim of domestic abuse, nobody wants to even remember it. Nobody even wants to admit it. So to talk about it and say it once, much less 200 times, is like . . . I have to be punished for it? It didn’t sit well with me.”

On why she doesn’t sleep around: “If I wanted to I would completely do that. I am going to do what makes me feel happy, what I feel like doing. But that would be empty for me; that to me is a hollow move. I would wake up the next day feeling like shit.”

On how fame has made her lonely: “I mean I get horny, I’m human, I’m a woman, I want to have sex. But what am I going to do — just find the first random cute dude that I think is going to be a great ride for the night and then tomorrow I wake up feeling empty and hollow? He has a great story and I’m like . . . what am I doing? I can’t do it to myself. I cannot. It has a little bit to do with fame and a lot to do with the woman that I am. And that saves me. It is lonely, but I have so much work to do that I get distracted. I don’t have time to be lonely.”

On why men today are afraid to be men: “I always see the best in people. I hope for the best, and I always look for that little bit of good, that potential, and I wait for it to blossom. You want them to feel good being a man, but now men are afraid to be men. They think being a real man is actually being a p*ssy, that if you take a chair out for a lady, or you’re nice or even affectionate to your girl in front of your boys, you’re less of a man. It’s so sick. They won’t be a gentleman because that makes them appear soft. That’s what we’re dealing with now, a hundred percent, and girls are settling for that, but I won’t. I will wait forever if I have to . . . but that’s OK. You have to be screwed over enough times to know, but now I’m hoping for more than these guys can actually give.”

Now tell me that isn’t a mature woman speaking right there? I swear people think that she is all about sex, but she is smart. She is very smart.

Looks like Demi Lovato doesn’t give any fucks anymore. She decided to go fully make up free and totally nude for the latest magazine of Vanity Fair. Good for her. I mean just four years ago Demi had a massive body issue and probably never thought of ever doing something like this. Now here she is, baring it all for a magazine that is going to be seen world wide.

I am guessing this is all just promoting her new album which is called ‘Confident’ and strives to show how confident the singer is in her skin now.

I have to say, good for you Demi! You keep doing your thing!

As I have said many times, I’m not but for Demi I would be.

Fun fact I wrote this before I watched the video, me and Demi are just that connected.

If there is one thing that is for sure it is that Nick Jonas is going to be okay after this whole Jonas Brother break up. You want to know why he is going to be okay? It is because he is simply gorgeous, look at that man. Yeah he is 21 now so I can call him a man! Apparently being an artistic director for DemI Lovato is a very good thing because he is looking incredible!

Nick did show up with Joe and I think Joe is starting to feel the pressure. From what I can remember Joe was the heartthrob of the group but he did not age well. At 24 he is looking rough as hell. Maybe he isn’t even 24, but he is looking rough!

Nick Jonas, thank you for going through puberty and coming out on the other side looking like an absolute winner. You are a beautiful man, congratulations! Maybe you will release new music soon so I can write even more about you!