In my opinion, I think that Nick Lachey is probably one of the most underrated singers and hot guys in Hollywood. I mean look at those blue eyes and dimples.

Let me be clear, I also love his wife  Vanessa  and I think they make a beautiful couple.

Okay, now that I got that out of the way, today Nick shared and adorable photo of his son Phoenix. He was born on Christmas and he is growing quick.

Nick and Vanessa also have a son, Camden and a daughter Brooklyn, so I am sure that their house is insanely crazy but this photo looks so damn peaceful.

All of these children have been blessed with incredible DNA, so I can’t wait to see how they grow up!

Check out baby Phoenix below! 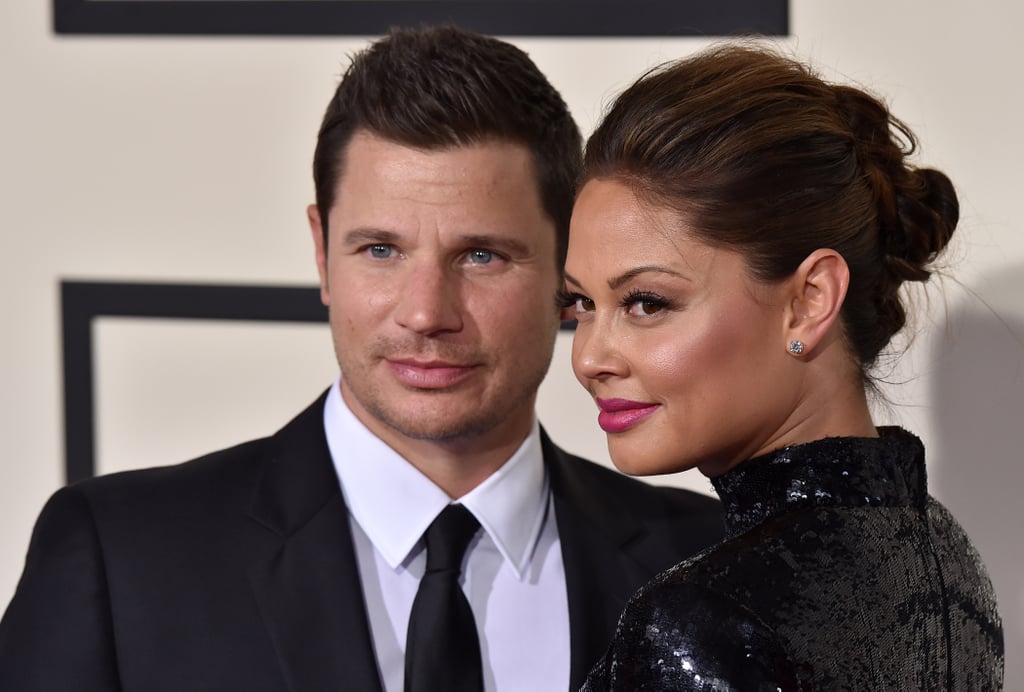 It wasn’t long ago that Nick Lachey and Vanessa Lachey announced that they were expecting baby number three and on Christmas the couple welcomed a little boy to their family! The family includes Nick and Vanessa of course, along with Camden, 4, and Brooklyn who is almost two.

What a great Christmas gift, right?

I wonder if they played the very underrated 98 Degrees Christmas album in the delivery room. One can only hope!

As for a name of this little bundle of joy? They went with Pheonix Robert Lachey. I was hoping for Klaus or something, since it is Christmas but Pheonix isn’t too bad.

According to Nick both mom and baby are doing just fine!

It's a very Merry Christmas indeed! We had our Christmas Miracle. Phoenix Robert Lachey decided to show up early and was born on Christmas Eve. Mommy, Daddy, Camden & Brooklyn LOVE You very much! #LacheyPartyOf5

If you weren’t alive or were simply too young to remember the phenomenon that was known as TRL, I am sorry. Total Request Live was one of the biggest things to happen to pop culture in the late 90’s into the early 2000’s. Every day a new singer, actor, whomever would show up and talk to Carson Daly, after he left, the hosts were Damien Fahey, Hilarie Burton, Vanessa Minnillo (Now Vanessa Lachey), Quddus, and La La Vasquez. All solid hosts, eventually they all left as well and the show had to come to an end, it no longer had the steam that it once had.

The show started to shift in 2006, and by 2008 one of the biggest shows had finally come to an end. In fact I believe MTV gave TRL a two hour finale.

Think about it, there was no YouTube or anything like that, so watching videos on TRL as fans screamed over the song was how we got out 30 second clips!

In case you were wondering the final music video to be played  was Britney Spears‘ “..Oops, I did it again”, it played as the credits rolled.

Although some may not remember this tidal wave of influence that TRL had on the music industry, I do. I can remember them having to shut down Times Square when Backstreet Boys came to promote Millennium, I can remember Justin surprising Britney, and I can remember when Jay-Z said he was retiring and they hung his jersey in the rafters.

All that I can say is thank you TRL for making afternoons in my early teens not suck so hard. Being glued in front of the television wondering who would be number one was the absolute best.

In case you had no idea, Nick Lachey and Vanessa Lachey are my absolute favorite celebrity couple. The close second is Freddie and Sarah, but Nick and Vanessa have always been my number one! If you could have seen my reaction to them announcing baby number 3 you would have probably thought I was going to be God mother or something. Although one time Vanessa did tweet me, so maybe on baby number 4 I will get that spot.

Seriously though, congrats to the happy couple and the growing family!

Could this family be any more perfect? I mean really. Nick Lachey is one of the hottest guys ever, Vanessa is awesome. They have a little boy and a little girl, oh and they are on vacation somewhere exotic! It’s not that I am jealous it is just that I am jealous.

I love this family though so I thought I should share this adorable photo of the family!

Enjoy your vacation and keep being perfect!

So ultimate DILF Nick Lachey and his gorgeous wife former TRL host Vanessa Lachey recently announced that they are adding to their already adorable family. Listen to me, I have loved this couple since it started. When they broke up for that little bit it broke my heart, I was very invested in them but now, they are married with a son and a daughter on the way.

In case you don’t cyber stalk Nick Lachey on Twitter he posted an adorable photo revealing a message that his wife is expecting, and that they are expecting a baby girl.

It is a surprise that they didn’t reveal the news earlier since they both love the spotlight and the attention. You can say I am wrong, but you know I am right, no doubt about it. It is nice that they kept it to themselves at least for a little while.

Anyway, if you didn’t see the picture Mr.Lacey posted here it is!

Congrats to the happy family and there is no doubt in my mind that your second child will be just as genetically blessed as your first one!

Nick Lachey will forever be one of my top celebrity crushes, he is just so damn gorgeous. “What’s Left Of Me” will always be one of my all time favorite songs too, just in case you were wondering! Anyway, Nick’s wife, Vanessa Lachey, posted these pictures on Instagram on Memorial Day. Just a little cookout fun to spend the day honoring the lives of veterans who have passed away.

Look at Nick though, like damn. You are still 98 degrees of hot in this picture. Just shirtless, almost 40 and looking incredible. I need to find someone who looks like Nick Lachey and force them to marry me. Is that too aggressive? Don’t really care. Nick Lachey is where it is at!

Just another adorable picture for fun!