So, as many people know around this time every year, after the May sweeps shows get cancelled, new shows get picked up by different stations, and shows also get renewed. ABC cancelled a lot of shows, a lot of shows that people seemed to really enjoy too. Of course they kept their Thursday night line-up, you can’t mess with Shonda’s shows, but they got rid of beloved show, ‘Nashville’. A show that is a great drama about country music, with leading ladies Connie Britton and Hayden Panettiere, along with a great supporting cast.

The music, the storylines, and the acting has always been on point. So why did ABC cancel it? According to them the amount of viewers weren’t great, and they wanted to make room for some new shows. Listen, the ratings may have dipped but it was simply because the storylines had to change due to one of the main actors putting her health over her career, which is something we should all applaud. When Hayden left for a few episodes, the rest of the cast really picked it up with their acting and singing, it wasn’t like the show fell flat.

Since the news broke of the show not being picked up for another season, social media has been absolutely insane. They have the hashtag #BringNashvilleBack trending and last night along there more than 40k tweets about wanting the show to be brought back.

There have been reports that other stations have been looking to pick up ‘Nashville’ but who knows how true that is. Although when Fox made the mistake of cancelling ‘The Mindy Project’ Hulu swooped in and saved the day, so it is possible, right? More people are starting to tune into the internet television streaming sites than cable network anyway.

The truth is that this cast is extremely talented, from their singing to their acting, they can kind of do it all. Right now they are actually on a ‘Nashville’ tour which brings ABC money, I don’t see them mentioning that at all though. Great attendance, ticket sales, all of that is great but apparently the studio doesn’t think that this show is worthy of another shot, which is a shame.

Remember when NBC cancelled ‘Friday Night Lights’ but fans sent a bunch of light bulbs to the studio to keep the lights on, so it was picked up again? Maybe we can send a bunch of guitar picks to the ABC studio or something.

There is still so much to this story that needs to be wrapped up, the fans and the characters on the show deserve the closure, especially after watching the show for four years.

Hulu, Netflix, CMT, literally anyone out there, pick up ‘Nashville’, people will watch and fans deserve a final season.

The worst part is, knowing ABC they are going to make ‘The Bachelor’ or ‘Bachelorette’ extend into Wednesday because unfortunately “reality” shows are cheaper.

Both Connie and Hayden have been nominated for Emmy’s, and I believe Golden Globes. This is a nominated show, it is just awful to see that ABC doesn’t care about substance anymore. 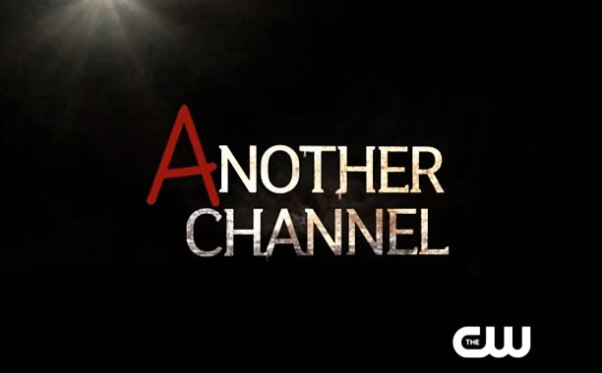 Now the two fandoms are colliding over the advertisement saying one show is better than the other and so on and so forth. Let’s be real, Pretty Little Liars obviously wins this war for a few reasons. Number one, Lucy Hale, Ashley Benson, Shay Mitchell, and Troian Bellisario. These four girls are all really beautiful and can’t really act but they all make really good scared faces. (Well Troian can actually act but that isn’t the point!) For a show like this all you need is that little talent and it is incredible! The second and most important reason is that they are starting to reveal who A is, everyone thinks it is Ezra but I know that it is Aria, just saying. Yes I watch the show, judge me!

The Vampire Diaries also has a strong following but most people are bullshit that they took Klaus out of Mystic Falls so they are refusing to follow him to the other show.

Oh and if you are confused about the way that A is being used it is because in all of the episodes of Pretty Little Liars, “A” sends these girls messages. So The Originals wants to be original and use A just to test it out a bit.

So who do you like better? The Originals or Pretty Little Liars?

“I will say this to those who have watched the show throughout the years and maybe didn’t watch last year: I ask them to come back and give it another shot this year,” Seacrest told The Hollywood Reporter Friday on the red carpet at the Z100 Jingle Ball 2013 concert at Madison Square Garden. “The judges are so fun, and they are having such a good time, and they get along with each other so well that I think you will see your old American Idol back on the air.”

Please everyone watch American Idol so Ryan Seacrest can keep his job! He is going to be homeless if we don’t watch American Idol! Dude, give it up, please just hang up the microphone. Well, I like his radio show, can’t lie about that but the whole American Idol thing, give it up. That show has become just another punch line even though it is one of the most successful music shows ever. I think it actually is the most successful since it brought out mega stars like Kelly Clarkson, Carrie Underwood, Daughtry, Jennifer Hudson, and Phillip Phillips just to name a few of the successful people from the show. No one cares about it anymore though, people would rather watch The Voice than watch American Idol, it is a sad truth.

After the fiasco last year with Nicki Minaj, Mariah Carey, and the dog Randy Jackson, it was a hot ass mess. It was just awkward to watch and that was why no one did. They really think that bringing back J.Lo is going to save this program? J.Lo is the biggest wannabe there is! I feel like she always uses how she is different because she is a Latina artist, bitch you aren’t any different. You are Jenny from the block and that is the biggest hit you will ever have, please stop trying.

So no Ryan Seacrest I will not give your American Idol another shot! I can’t do it! The tackiness of this show has hurt me for far too long! Not even the beautiful Keith Urban can make me watch it again! I am sorry to let you down. I will watch you on the Rockin New Years Eve special though!