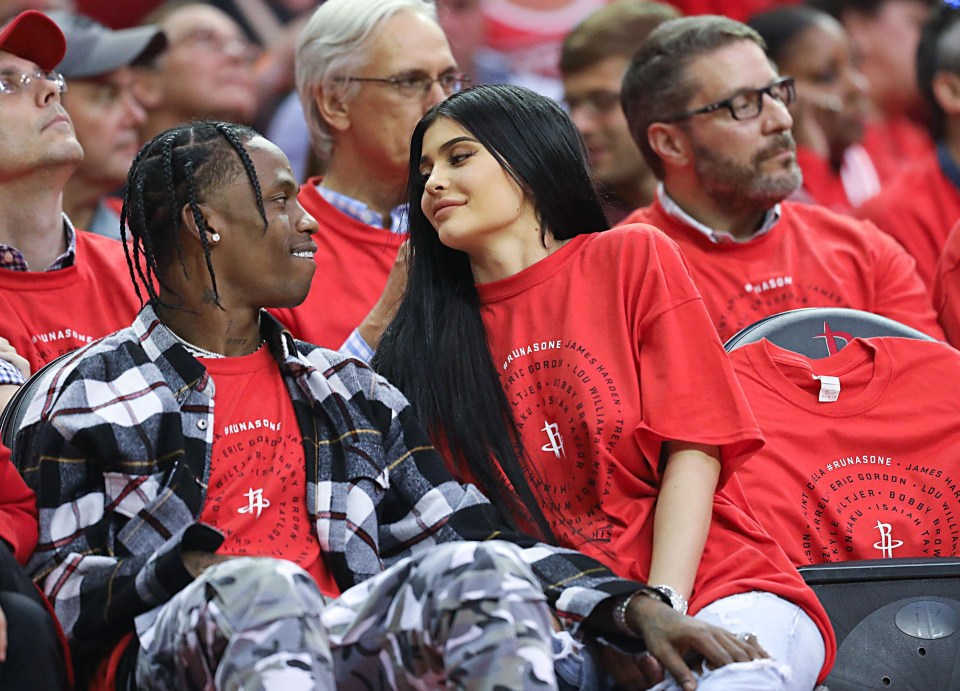 So I can’t lie I have been a little uninspired lately. I felt like I was writing about the same people, writing the same things and well I wanted to take a little break.

Well guess what, I am fucking back!

Kylie Jenner is pregnant. Holy shit, I didn’t see this one coming!

According to TMZ  reality TV star and the rapper are definitely expecting a little bundle of joy. Apparently Travis has been telling everyone that they are having a girl.

Let me be clear, I am absolutely shook by this news. I am serious! Completely and utterly shook that Kylie Jenner is pregnant. I am more surprised that Kris Jenner, the craziest momager allowed this to happen. Don’t yell at me, I understand that Kylie is an adult and can have sex, whatever. All I will say is that I am surprised Kris let this happen!

Although, this marketing is absolutely legendary. This weekend I believe E! is ass kissing the entire Kardashian clan because it has been 10 years since they first aired.

I will say, there could be a chance that Kylie will say this is a stupid rumor and Kris set this up for ratings. If that is the case, bravo Kris you pulled a fast one

Kylie and Travis have been dating since April.

Well it looks like Kylie is officially over Tyga , something that Kris Jenner is probably extremely happy about.

They couple have been rumored to be dating since they were spotted holding hands at Coachella. Neither have confirmed their relationship but they have been spotted hanging out at Clippers games and now of course Boston.

Travis Scott was playing at Bentley University, which is just outside of Boston, and Kylie was there to support him.

Kendrick Lamar is taking his DAMN album to a city near you!

Well of course he has other hits but he is definitely going to be rapping some of the tracks to his smash album. An album that I have had on repeat since the DAMN day it came out.

Travis Scott will be joining Kendrick on tour along with rapper D.R.A.M.

Get your tickets fast because there is no doubt that this tour will sell out fast.

Check out the dates below along with Kendrick’s official announcement.

Kid Cudi, it has been way too long since you have come out with new music! Maybe its good that you started a Twitter feud with Kanye and Drake, maybe it fueled some inspiration for you to release music sooner! If so, then I am glad you started that weird Twitter fight. In case you missed it, Cudi called out Drake and Kanye for not writing their own music. Kayne then dissed Cudi then apologized and Drake just kind of ignored it.

Anyway, it looks like Cudi decided to bring in some heavy hitters for this new album and I am excited about it! Let me be clear, I am excited for all of the songs but the one with Willow Smith, I am all set with her.

I have to admit, I am most excited for Andre 3000, he is one of my all time favorite rappers.

Hey! So im workin on a date for a release this month. Available on ALL PLATFORMS for streaming and download, physicals shortly after 🤘🏾🌹

I need tickets to this concert, and I needed tickets yesterday. Now I have seen Rihanna live twice and she kind of let me down. Both times she showed up two hours late, that is kind of fucked up if you asked me. That is something Bieber would do. She has The Weeknd and Big Sean though. Two of my favorite artists, I don’t think I really have much of a choice but to go and see them. Right? I don’t know who Travis Scott is, I am sorry but I assume he is popular because I am pretty sure he and Rihanna are dating.

This concert is one of many that will be happening over the next few months. There is the Carrie Underwood tour, Justin Bieber’s tour, Demi Lovato and Nick Jonas tour, Selena Gomez will be on tour, now this one. I mean shit guys, this is a lot to handle at once!

Rihanna if you want a blogger that can offer you zero dollars and just write an awesome piece about your concert let me know!

Check out the dates below!