People Magazine has reported that Taylor Swift and Tom Hiddleston have decided to part ways. Yup, we all knew that was coming. This relationship had publicity stunt all over it. I bet that Tom will put out a statement but Taylor will remain quiet. The media will slut shame Taylor, and then it will be on the next thing.

I really thought that these two would have a holiday break up, around Christmas or Thanksgiving but it looks like this couple was just in it for the summer.

Thanks for the memories Hiddleswift and may we never forget Tom wearing the TS t-shirt. Oh and we will never forgot those obviously fake beach photos, right?

This couple was barely real, let’s be real.

Let’s see if Tom gets that Bond role that he has always wanted.

Also, all you haters can joke about how she can finally make new music but her best selling single “Shake It Off” wasn’t even about heartbreak. So she can sell whatever she writes. Plus you know you sing along to her songs, just admit it.

So last night while Tom Hiddleston was accepting an award, I assume it was a TV Choice Award, his two ‘Thor’ costars Idris Elba and Chris Hemsworth decided to crash his speech. Right when I saw this I realized that I had to play FMK. I mean, did I even have a choice? Three good looking men, it is a fun game to play no matter what.

Also if you don’t know the rules, you fuck one, you marry one, and you kill one. That simple.

Kill- Tom Hiddleston. I know that everyone on the internet is in love with him and all of that. Don’t get me wrong, I don’t think he is ugly, I just don’t think that he is anything that special? I know, that was probably mean. Whatever, bye Tom.

Fuck- Idris Elba. I do want to marry Idris also but rules are rules and if I was to spend one passionate night with Idris, I could accept that. He is big, he has an incredibly sexy accent, and he is a DJ so he is good with his hands. One night with Idris would be all I ever wanted, and all I ever needed.

Marry- Chris Hemsworth. It was a tough choice between Idris and Chris, but in the end, Chris wins. He is hysterical, he has muscles on muscles, and that Australian accent will get you every time. He reminds me of a big teddy bear that could totally kick someone’s ass for you. What more could you want in a man?

I have no idea who Tom Hiddleston‘s PR person is, but they are making some absolutely terrible choices for Tom, that’s for sure.

Let me just keep going with this one, okay? Taylor had her big Fourth of July party this year where her and her famous friends all gallivant around on the beach near her Rhode Island mansion, and they have a blast.

I will say that this is the first year that the paparazzi ever took photos. Apparently Rhode Island paparazzi’s are starting to really step up their game. Or they are getting a phone call, anyway!

The internet is very unhappy with this couple. They have been together a full three weeks and everyone hates them. How bad is it for Tom that he went from being a great serious actor, finally getting the credit he deserves to being Taylor Swift’s newest boyfriend. Listen, I say that Taylor can date away, nothing wrong with it, just don’t make it so obviously PR, that’s my opinion.

How much longer do we give these two? I say a quiet break up in November, just before the holidays.

Seriously though, check out how unhappy the internet is.

For the record, I am very embarrassed about this, and I have absolutely zero relation to Tom or Taylor.

I can only assume Tom Hiddleston lost some form of bet

If my boyfriend went swimming in a tank top that said, "I ❤️AB," the talk later at home would be all, "I need u 2 cultivate ur own life."

I just don't think Tom Hiddleston can come back from this.

This past weekend was a busy one for the potentially fake Taylor and Tom. I have never seen more staged photos in my life, but anyway, I guess that I shouldn’t dwell on that. It is very clear that Tom wants to be the new James Bond and feels the need to become the new “it” guy so why not hook up with the “it” girl, right?

I must say, I find it absolutely insane that the two of them aren’t even hiding how staged these photos are. They aren’t asking the photographers to make them slightly blurry or anything!

The couple did take another walk on the beach with Tom’s mother, it seems like the beach will be their go to place whenever they want to be photographed. In these photos check out how Tom is barely even holding Tay’s hand. Sorry Loki, if you’re using Taylor for press, you hold that hand tight!

Bravo to Tom though, he is now on everyone’s radar, hopefully he gets the James Bond role that he wants so badly.

I give this couple until the end of the summer. A swift romance indeed.

I am genuinely surprised that they are still trying to make us believe they are a couple when it is so blatantly obvious that they are doing this all for show.

Hmm, the Taylor Swift and Tom HiddlestonTom Hiddleston relationship parade continues to roll on through. This time it happened in Nashville at the Selena Gomez concert, who everyone knows is Tay’s number one in the squad.

The two were spotted dancing and getting handy in a private suite thing. I don’t know what to call it, I will probably never be able to afford one. Joining the couple was Taylor’s oldest friend  Abigail Anderson and husband Matt Lucier. So it looked like a nice, cute double date.

Fans got a lot of video evidence of the couple though.

Isn’t it a bit strange that Tom Hiddleston was barely ever spotted, ever, is now everywhere because he is dating Taylor, and he is being very open about it. Another strange thing is that he wants to be James Bond, so he needs to make his name a bit bigger, make him more public rather than only being known as Loki, he can be known as Taylor’s boyfriend too! How exciting!

Considering how much Tay and Tom used to love their privacy, this is pretty interesting, right?

This doesn’t fool me, this is all for show. Can we talk about how much the internet hates this couple though? I love the hate.

Taylor, Tom, Kelsea and Abigail during 'Hands to Myself' at Selena's concert tonight! #RevivalTourNashville pic.twitter.com/OWCgkiJ8Tp

Thank you @taylorswift13 for waving. We know you're trying to enjoy yourself. pic.twitter.com/lzsdRpAcgR

Do you guys think that Tom actually enjoyed himself? Did a 35 year old man actually enjoy Selena Gomez? I want to know, click on the Facebook or Twitter links below and let me know! 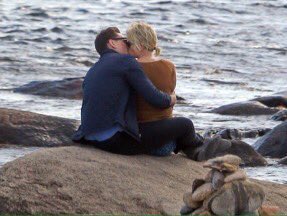 Well it looks like Taylor was the first to move on from her fake relationship from Calvin Harris and that is why he went on his Twitter to be a little bit angry. According to The Sun Tom has had a crush on her since they danced together at The Met Gala, and even sent her flowers, which absolutely won Taylor over.

Tom and Taylor were snuggling and kissing at her favorite beach in Rhode Island, which again is why I am a little suspicious. I know that I thought Calvin and Taylor were fake, but I don’t know. Again, something about the timing of every. Calvin’s freak out, the way that these photos were taken, I promise you that there aren’t paparazzi in Rhode Island, that is something I am sure of.

Anyway, I guess we will see where it leads with this couple over the next few months.

If this is real.

This new bleached hair is really making Taylor quite the rebel.

If Calvin and Taylor were actually a real couple though, what if Taylor cheated. America’s sweetheart is turning all kinds of bad right now.

Well, I hate this couple, tell me what you think using the links below! 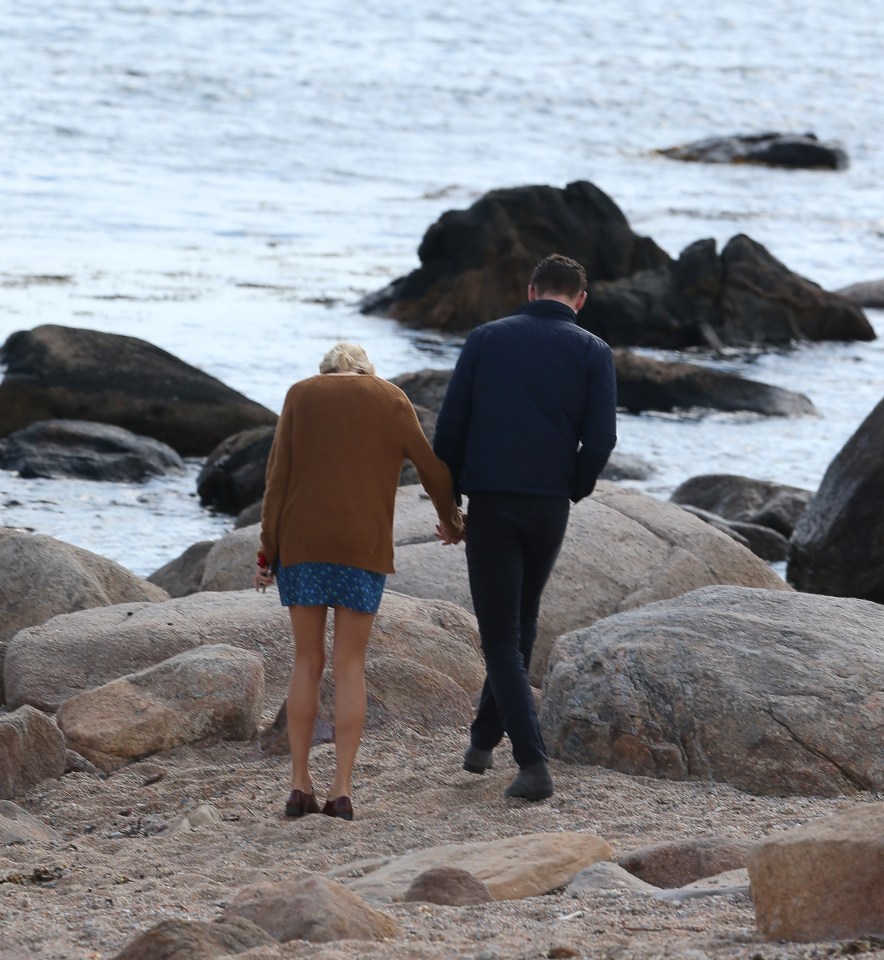 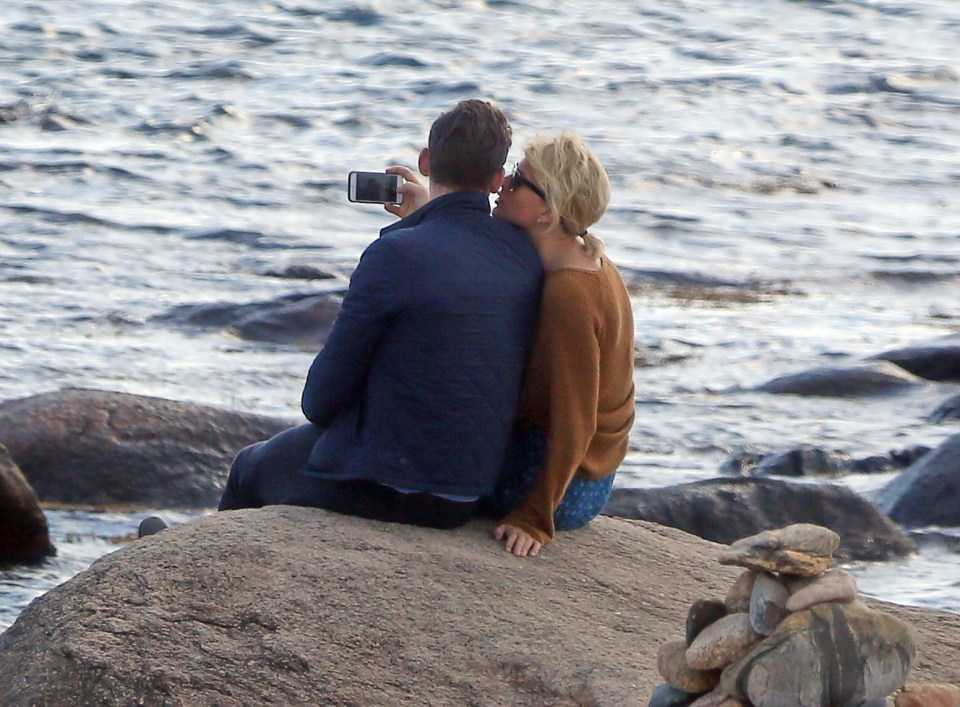 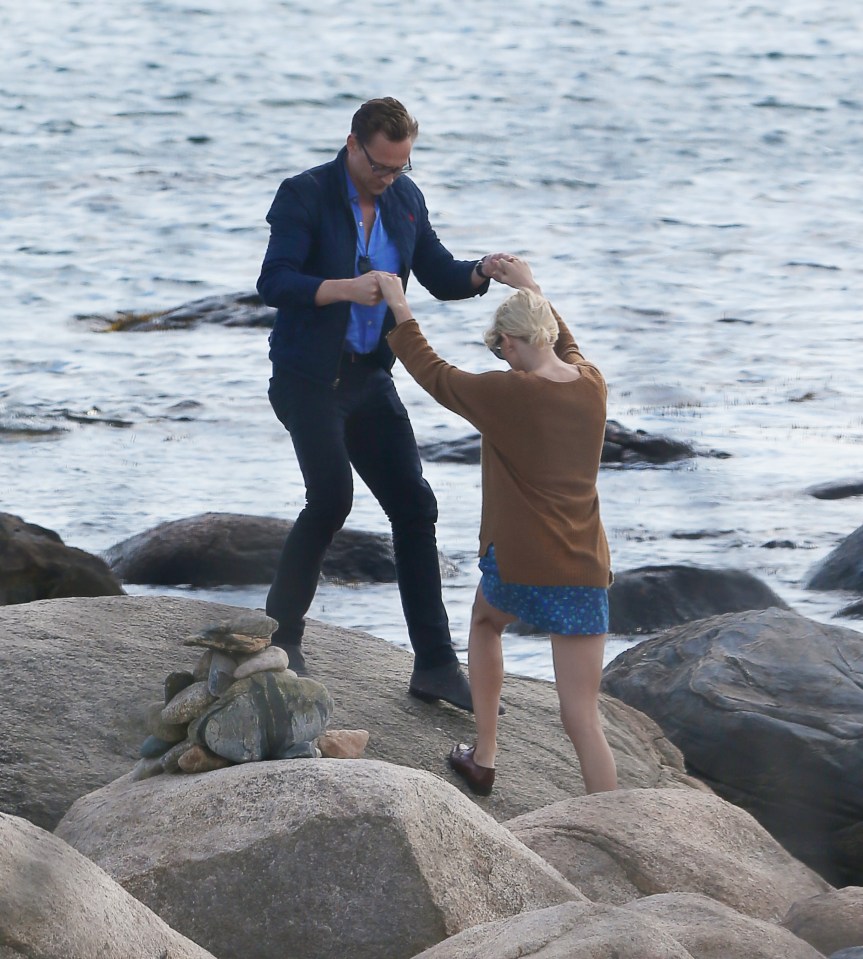 When they notice people taking photos 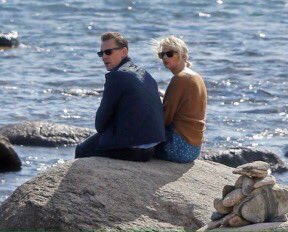 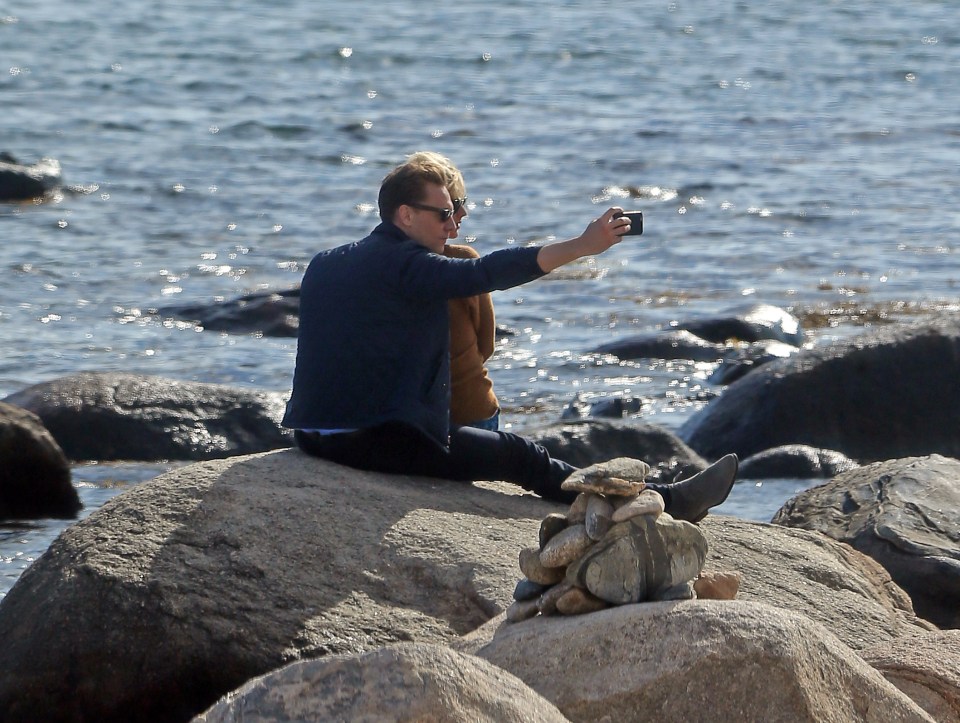 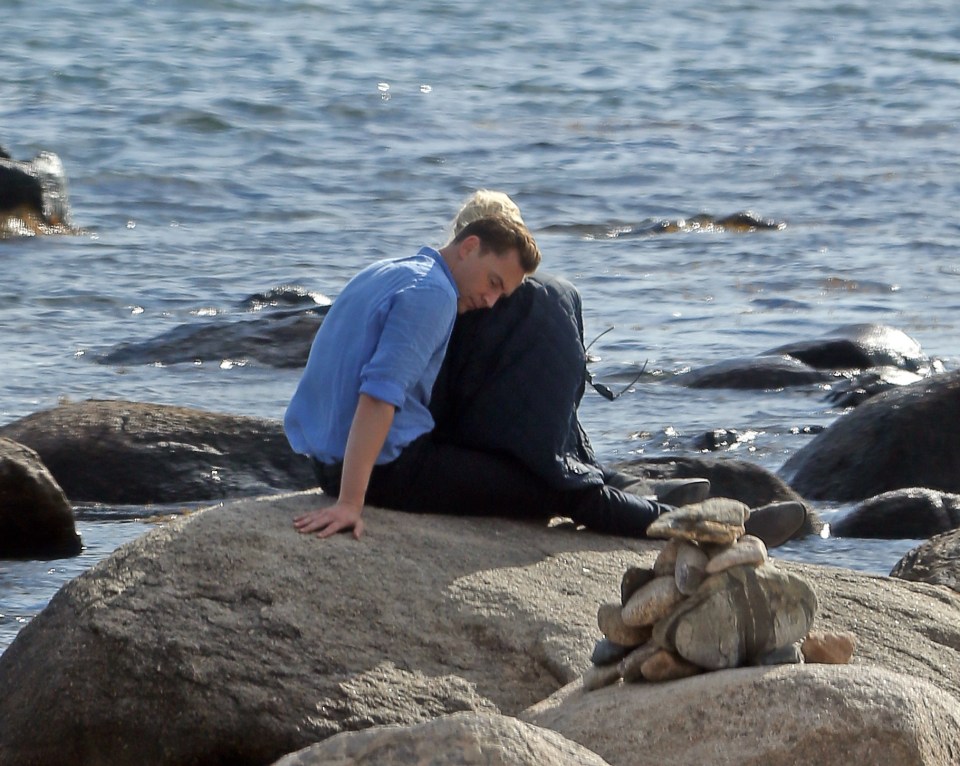