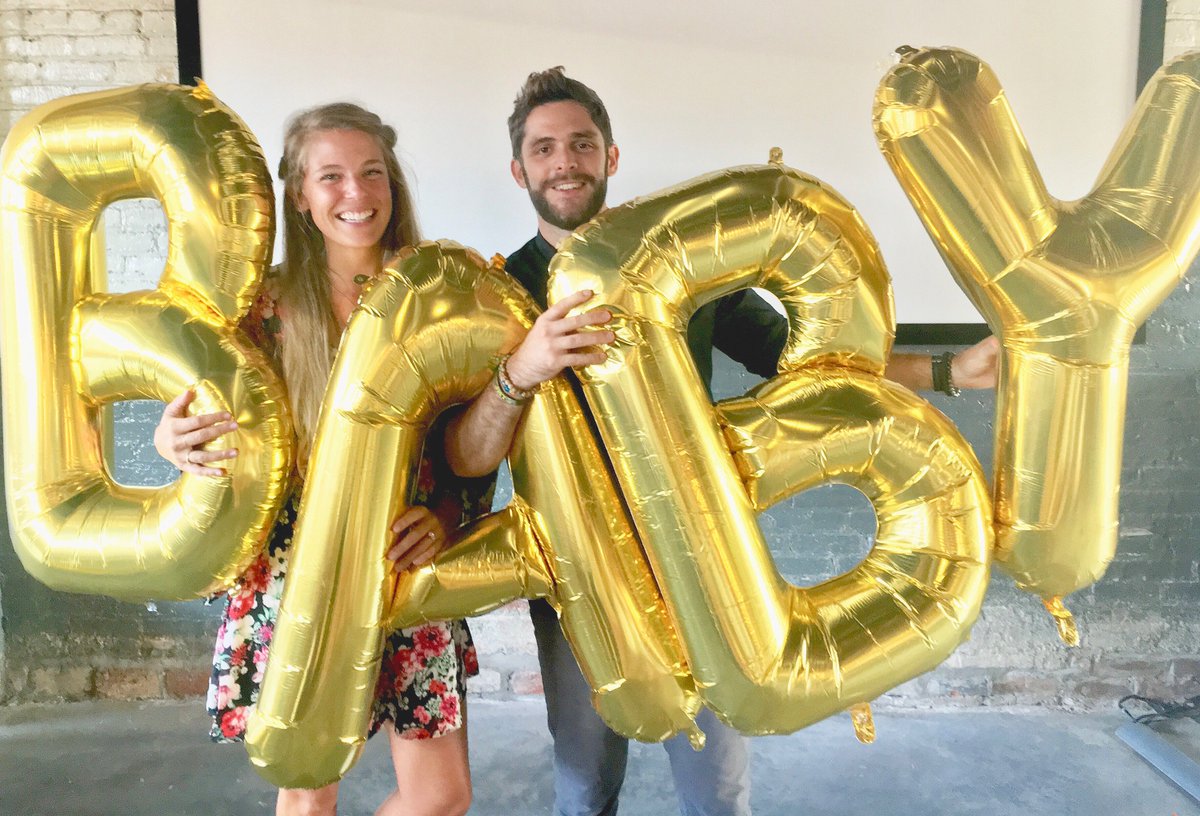 We are so happy to announce that we are pregnant and we are in the process of adopting a child from Africa! Safe to say life is about to get crazy! (credit)

This is some big news for country superstar Thomas Rhett and his long time love Lauren. They are expecting their first child and also announced that they will be adopting a baby from Africa!

It turns out that the couple had already been in the process of adopting since they were having a bit of trouble getting pregnant. They had decided to adopt and focus on their adoptive child then try again to have their own child.

Surprising though! Lauren was actually pregnant once they started the adoption process.

Congrats to the happy couple and growing family!

OH BABY! 😍 actually…BABIES! Our hearts are exploding with happiness for y'all to meet our new baby who we are bringing home from Africa soon🙏🏼🙌🏼 who is also going to have a little brother or sister because, SURPRISE! there's a sweet baby in my belly too 💛💛 #adopting&pregnant #cominginhot2017

Have you ever heard a singing voice and immediately fell in love with it? Like you don’t even know what the singer looks like but you know their voice alone is beautiful. That is how I feel with Thomas Rhett. Now of course he is a good looking guy but I didn’t even know what he looked like for the longest time but I loved his music and I knew that he had to be a hottie. I wasn’t wrong. Now he is married to his high school sweetheart so I will respect that, but good job on her end. He is one of the most swoon worthy country singers out there right now!

I have to admit, all of these country singers are just getting better and better looking. I think I am going to have to move to the south or something to find me one.

All I can say is that right now ‘Die A Happy Man’ is by far one of my favorite songs out right now. There is just something so amazing about it, so pure and beautiful.

I have a feeling we will be seeing Thomas and is adorable little smile for a long time and I can’t wait to see what else he has in store for us!

So Thomas Rhett and Nick Jonas teamed up together for CMT’s crossroads special and well, guess what? Their duet is absolutely incredible, perfection, all of that. I am seriously in love with both Thomas and Nick, I can’t even deny that. They also sang ‘Jealous’, ‘Chains’, and ‘Chainsaw’, which you can find on YouTube but nothing compares to their ‘Die A Happy Man’ duet.

This duet is incredible, Nick and Thomas put out a real duet as soon as possible please!

About six months ago or so Nelly said that he was going to be coming out with a country album and I didn’t believe it. Considering growing up Nelly was an insanely popular rapper I couldn’t imagine it. He did have an awesome remix with Florida Georgia Line for ‘Cruise’ but a whole album, that’s a lot. Plus his Tim McGraw song was huge, but again he rapped through most of it.

Honestly, after hearing this song I am still not sure. I think that if I didn’t know him as Hot In Herre Nelly, I think that I would be more accepting. Hearing him actually singing, no rapping at all, it is a lot.

I give this song a C+, I have heard worse but I have heard much better too. It could also be my own bias since I loved him rapping.  I am interested in seeing where this country singing career goes though.