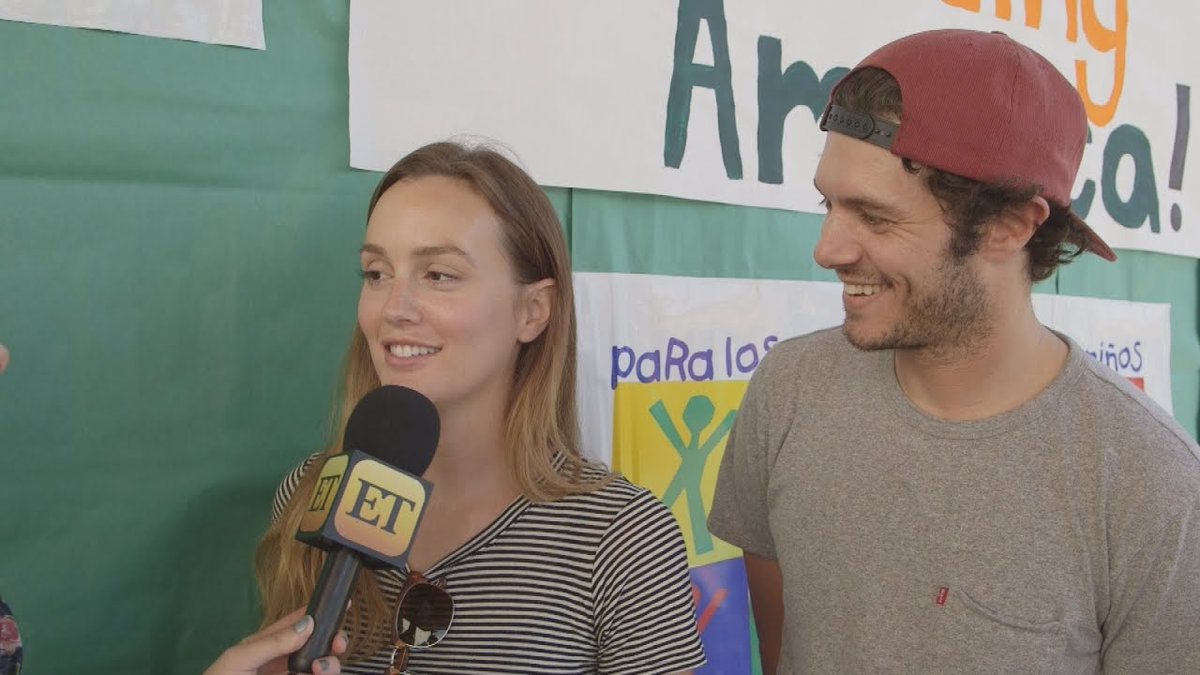 Okay, okay. So far I am a fan of the lineup that NBC is putting together so bring this show back. Of course I am a bit weary of it considering how iconic ‘Cruel Intentions’ was but hey, they are bringing back Sandy Cohen! Any time Sandy Cohen is in anything, it is usually good. I mean those eyebrows are full of talent!

For real though, I was like 12 and had a crush on Sandy Cohen that I never understood. Being well, older now, I still have a crush on him and understand it a little bit better. Those brows of fury, those blue eyes, I mean how can you not love it?

So far all that we know is that Peter will be playing the father of Sebastian. He is a crude businessman but other than that, we don’t know much.

So far we know that at least one original character will be reprising their role, God bless Sarah Michelle Gellar for that one! Some people are angry that Reese has yet to join. I mean I would love to see her come back but let’s be real, I feel like chances on that are slim to none. Of course we wont get Ryan because he died in the movie, spoiler alert if you haven’t seen it.

That’s what we know so far! Will you be watching?

Who would have thought that out of everyone who appeared on ‘The O.C.’ the golden girl Mischa Barton would be the first to join the cast of ‘Dancing With The Stars‘. Remember when she left and ruined the show because she thought she would have a bigger career? Yeah me too. She ruined one of my all time favorite shows, I don’t know if I will ever truly forgive her for that one.

I want to see how Mischa’s personality shines through because it is just so, awful.

On August 5th, 2003 everything changed. That is right! “Welcome to the OC bitch” became a catch phrase, and Mischa Barton had a job! That’s right! Fox aired a new show called “The O.C.” which was like “Beverly Hills 90210” but way more badass. They had more sex, more partying, and more Ryan Atwood which is always important for any television show.

I was kind of young to be watching a show like this, I guess I was just about 12 but my mom thought it would be good to watch it together so I could learn how not to act. I don’t know why she thought over dosing in an alley in Tijuana, Mexico was bad, but whatever. “The O.C.” was absolutely incredible, and still to this day it is a great show. So many people won’t be able to watch it though, thanks Netflix.

Ryan Atwood was the first television character that I absolutely fell in love with. I mean Jack Hunter was hot and all but Ryan Atwood, oh my god. The badboy turned sweetheart! How could you not love him? Then of course Marissa Cooper, the winest rich girl to ever live. Summer Roberts, the ultimate bad bitch, and Seth Cohen, the adorable nerd. These four were amazing.

Mischa Barton really killed the show though, I mean she died and left us with a mediocre show because at the end of the day Ryan and Marissa were the most important television couple of all time.

Anyway, big shout out to this show which opened doors for greats like “One Tree Hill” and “Gossip Girl” to be at thing.

“Whoever you want me to be.”

Benjamin McKenzie was my first television crush, you know the one that you wait all week to see on television because you think you are so in love with them? Yeah, well he was mine. Ben playing Ryan Atwood consumed my early teenage years and then him on the show Southland consumed my years up until now. Tonight he will be premiering in the highly anticipated show ‘Gotham’ the prequel to all of that Batman movies. At least that is what I have been told.

I like to think that Benjamin McKenzie has outgrown his whole ‘The OC’ days but let’s be real. No matter who he plays on television, he is basically just plying a grown up Ryan Atwood, am I right?

Really though, can you get a hotter male television actor than Ben McKenzie? Sure he is a bit short but that jawline, those perfect blue eyes, oh and his sexy voice! Can’t forget his brooding, that is another important part of his looks. You just can’t beat it!

Anyway, I am so happy to have this handsome man back on my television and it is important that he stays on the television!

Thanks for continuing to be beautiful, I greatly appreciate it.

Cam Gigandet gets extremely candid when talking about his former The O.C. co-stars including Ben McKenzie, Mischa Barton, and more with Elle magazine.

When asked if he kept in touch with anyone from the show, the 31-year-old actor replied, “No. Actually Ben McKenzie was kind of mean to me. I hadn’t done anything at that point and he was a little bit of an ass. But I love him. I think he’s a great actor and I love Southland.”

When asked about Mischa, he replied, “Mischa? I didn’t really…Was she there?” he said. “I don’t even have memories of her.”

“I learned a lot. But the things that I remember now—none of them are good,” Cam admitted. “It was only the third or fourth season. Those kids were f—ing miserable. They were just—they would not remember their lines on purpose. They were young.” (credit: Justjared.com)

Well there are few things that I hate more than people bashing the very thing that made them famous. I hated it when Justin Timberlake used to back his boy band days and I hate it when no named actors bash the show that made them slightly famous. Cam Gigandet, don’t you dare sit there and say that you don’t even know if Mischa was there! Your character killed her! She was your character’s love interest on the show, don’t try and act cool.

Let’s be real, we all know that the cast members of The O.C. were miserable, they have said it out right.  Well at least Benjamin McKenzie admitted to having a bad attitude for a while. Cam this is such old news and you just wanted to be in the press. You haven’t been in anything since that terrible movie with X-Tina and Cher.

Who cares if the cast members were miserable and all hated each other? I don’t care to be completely honest. We all know that Mischa Barton was a hot ass mess. We all know that Benjamin McKenzie was far too old to be playing a high school student. None of that matters though! They put together an incredible show and that is that.

So Cam go back to reliving your minor fame as that bad vampire in Twilight that almost killed Kristen Stewart. You’re hot but etremely irrelevant. 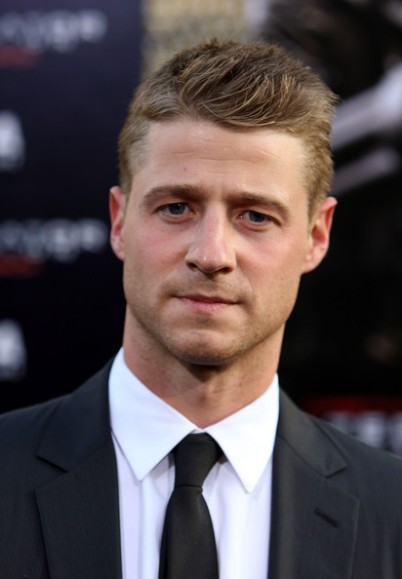 Benjamin McKenzie is returning to the network that made him famous.

The O.C. alum has been tapped to play eventual Batman ally James Gordon in the new Gotham pilot, TVGuide.com has learned.

The drama, which has a series commitment at Fox, explores the origin stories of the man who would go on to be Gotham’s future commissioner and his battle with the villains who made the city famous. In the project, Gordon is a former war hero-turned-detective with the Gotham City Police Department. Driven to live up to the virtues of a father he barely knew, the brave and honest detective backs up his naïve ideals with action.

Since his days on The O.C., McKenzie has starred on Southland before being cast on The Advocates, last year’s failed CBS drama pilot from Mentalist creator Bruno Heller. Heller will write and executive-produce Gotham with Nikita‘s Danny Cannon. Coincidentally, McKenzie voiced Batman in the DC original animated movie Batman: Year One, also a Batman origin story.

Gordon, who was initially introduced by DC Comics in 1939, was most recently played by Gary Oldman in the Dark Knight trilogy. (http://www.seattlepi.com/entertainment/tv/tvguide/article/Gotham-Casts-Southland-s-Benjamin-McKenzie-as-5217546.php)

Benjamin McKenzie is easily one of the sexiest men to ever be on the small screen, you can’t disagree with that at all. Right? He played Ryan Atwood, probably the sexiest character of the early 2000’s. He got his start on The O.C. then graduated to Southland and now he is going to be playing Detective Gordon on a new Fox pilot.

Fox is clearly doing some real rebooting since American Idol is tanking and X-Factor got cancelled. It is time for them to bring some great shows back. I mean it used to be insanely good with Malcolm in the Middle, That 70’s Show, The O.C., it is time for a reboot and why not sign one of the greats back?

Benjamin McKenzie you are one sexy man and I hope that this show does amazing. I think that this could be another great show that he has been apart of. I am not a huge comic book fan but I will watch this simply because of Benjamin McKenzie.