You may be surprised to find out that I don’t watch ‘The Bachelor’ or ‘The Bachelorette’ or any of their spin-off shows. Personally I find it kind of gross that all these women and men are fighting for one person. I don’t know, if you watch it, that’s awesome for you. I love trash television, just not that trash program.

Anyway, I could have told you from say one that this couple wasn’t going to last. All of their photos they had together, their body language just didn’t match up.

To make matters worse, they of course put out an obnoxious statement to E! News about their breakup.

“It’s with a great amount of heartbreak for the both us as we have decided to end our engagement, we gave this relationship our all and we are saddened that we did not get the fairytale ending we hoped for. We will continue to be there for each other no matter what. This hasn’t been an easy decision, however, as we part ways, we do so with lots of love and admiration for each other.”

Nobody cares, and of course they have respect for each other and all that mess.

I want one breakup statement to just go for it. Just say that they hate each other and can’t stand each other anymore. That is the only one I will condone. 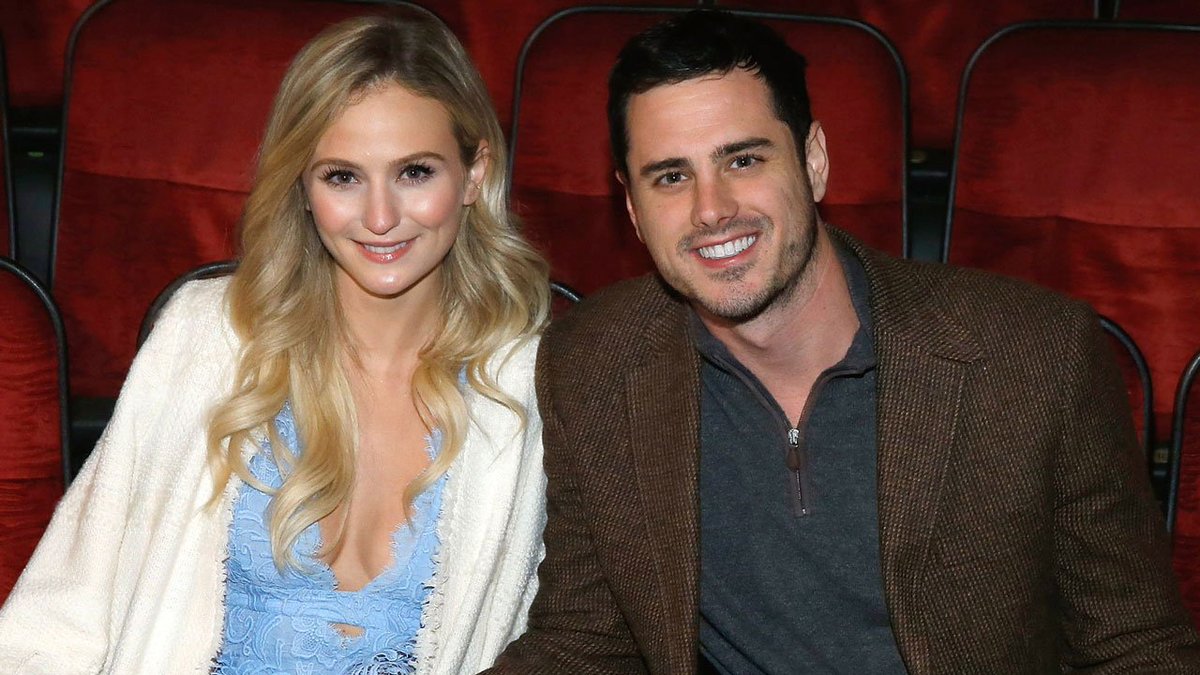 Well okay, this isn’t something that I saw coming, that’s for sure. Basketball legend Kareem Abdul-Jabbar took to The Hollywood Reporter to write and essay about the popular ‘Bachelor’ and ‘Bachelorette’ series.

Now I suggest that you read the whole thing by clicking here, but I did pick out some of my favorite parts of the essay.

Getting into the show, he started to talk about how the people represented on this show don’t necessarily have brains, they are simply all the same with removable parts. Everyone on that show looks the same, it’s the truth. Most of the men have the same haircut, same abs, and same five o’clock shadow.

It is teaching this generation that beauty is more important than really anything else at all.

“The shows’ mantra repeated by most castmembers that “everyone deserves love” ain’t necessarily so. You’re not even in the running for love unless you fit a very narrow ideal of Ken and Barbie doll physical beauty. These shows promote the scorched-earth effects of raising females to be continually judged physically above all other attributes and then measured against impossible physical standards that has marginalized a majority of girls and women — and made billions for the beauty products, clothing, and cosmetic surgery industries. Even youthful Amanda Stanton, 26, admits to using Botox.”

Abdul-Jabbar continues on that there is no diversity on the show. There has never been a person of color to win, or even make it close to the end. In fact not one nonwhite person has ever made it past week five. That’s fucking crazy.

“The real crime is the lack of intellectual and appearance diversity, which leaves the contestants as interchangeable as the Mr. Potato Head parts. The lack of racial diversity has already been commented on. If you’re black on The Bachelor or The Bachelorette, you’re usually kept around as a courtesy for a few weeks before being ejected. Those outside the ideal body fat percentage index need not apply. With all eyes firmly fixed on firm buttocks, the criteria for finding love becomes how high a quarter will bounce off rock-hard abs. Will we ever witness a conversation that isn’t so bland and vacuous that words seem to evaporate as soon as they are spoken? The rest — intimate outings, group dates, visiting hometowns — is window dressing to disguise the establishment of a laundry list for love so paltry and insubstantial that nearly anyone with a hipster beard or pert breasts can make the cut.”

He even calls out JoJo Fletcher by name.

“JoJo Fletcher’s constant whining about being in love with three men from the petrie dish of ab-fastic, bearded suitors certainly denigrates the concept of love. Throughout the show she worried about the kind of men she’d gone out with before who treated her as less valuable than she wanted. As soon as we saw Jordan, the jock who kept her at a distance, and who she described as being like her previous boyfriends, there was no doubt she would select him to relive the psychological loop of needing to be validated.”

Then he leaves us with this little tidbit.

“The real danger is when we try to apply that fantasy thinking to our own lives. And when we think about where our children learn about the realities of romance, it becomes even more important to question what may influence their behavior in choosing a partner.”

Just taking one step back I wanted to put in my own personal thoughts but they will simply echo the powerful words that Kareem Abdul-Jabbar put together.

We are supposed to believe that our soulmate has the perfect body and if we ourselves don’t have the perfect body, then we are worthless. We are fed all of this negative shit from the media yet some how we are supposed to love ourselves. It doesn’t really make sense at all. It’s sometimes hard to remember that, but please remember that you’re worth it.

Your flaws are beautiful, no matter what the media says.

Ben Higgins is the first man crush monday of the year! He is just such a little sweetheart. Now I have never watched any of the shows that circulated around ‘The Bachelor’ or ‘The Bachelorette’ before until the last season with Kristen whatever her name was. I fell in love with Ben H, what a babe. He should have probably been the winner but he wasn’t good for television, in fact he was kind of boring. Which is why I am surprised he was picked to have his own season.

Tonight Ben sets out on an adventure to finally find the love of his life. Like most relationships with this show though, it will probably end with a proposal, then a trip to relationship boot camp, then they will break up and Ben will be a single hottie again.

I don’t really know anything about this guy. He seems nice, I think he is like 28 and he is about to have his own show where 20 women try and make him fall in love. Romance at it’s finest. He is a babe though, so we have to give credit where credit is due!