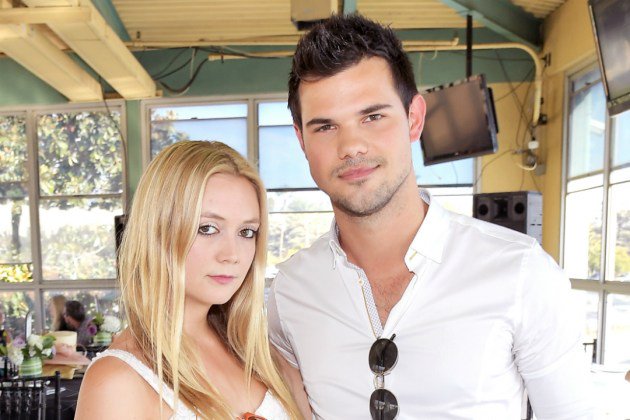 Please hold, I am currently in morning over another young love that wasn’t meant to last.

Apparently Billie and Taylor were only dating for 8 months but it seems like they were meant to be! All of the adorable Instagram photos, the way he seemed to be there every step along the way after Billie’s mother and grandmother passed away.

Word on the street is that Billie wants to get serious about her acting and doesn’t have time for a boyfriend.

So far, no drama.

Billie Lourd and Taylor Lautner have been dating for the past months and according to sources, he was really her rock after both her mother, Carrie Fisher , and grandmother, Debbie Reynolds, passed away within a few days of each other.

Today it seemed to become a bit more official since Billie took to Instagram to wish her handsome beau a happy birthday!

They are wearing matching onsies and she even called him her number one, how freaking adorable is that? 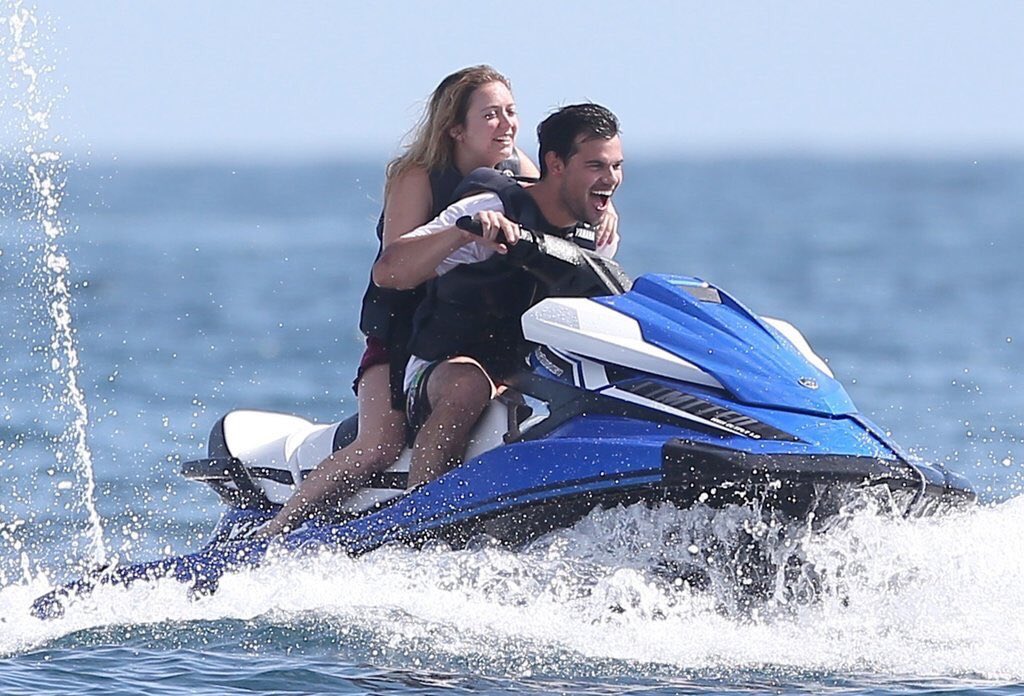 Obviously this past month has been a tough on for Billie Lourd. She lost her mother, Carrie Fisher and her grandmother, Debbie Reynolds .

Now there were photos of Billie in mourning just after her grandmother passed away with Taylor Lautner but I felt wrong posting it. They were outside of her house and she looked visibly upset, but I couldn’t do it, not even for the clicks!

This time though, I wanted to share some photos because look at how happy Billie and Taylor look together. The couple has been together for the past few months after they were spotted making out on Ariana Grande’s Snapchat story or something like that. I think that’s right.

It looks like the two of them are having a great time though and after the past two months that Billie has had, she deserves some time off riding a damn jet sky and smiling.

To be totally honest, I can’ believe that I didn’t think of people wearing a Ryan Lochte costume. He was a part of one of the biggest stories of the year and I am pretty happy that people decided to dress up as him, because it’s hysterical.

Whats even funnier is that Taylor and Nina went to the same party, totally separate, and wore the same costume. Well they weren’t wearing the exact same thing but they were impersonating the same person. Gotta love it.

Personally, I think Taylor wore it better but great costumes none the less!

We know what Ryan is probably thinking, right? JEAH!

So Taylor Lautner decided that dying his hair purple was a good idea. I hope that he realized it was not a good idea and goes back to his jet black locks soon. The only people that can pull off this kind of icy purple look at Tumblr girls and Taylor Lautner is definitely not one of those.

Go back to your normal hair color please. The internet is going to be really mad at you Taylor, and you don’t want to deal with that backlash.

Set life can be slowwwwww

Of course he did this for a movie or show and it wasn’t his own choice.