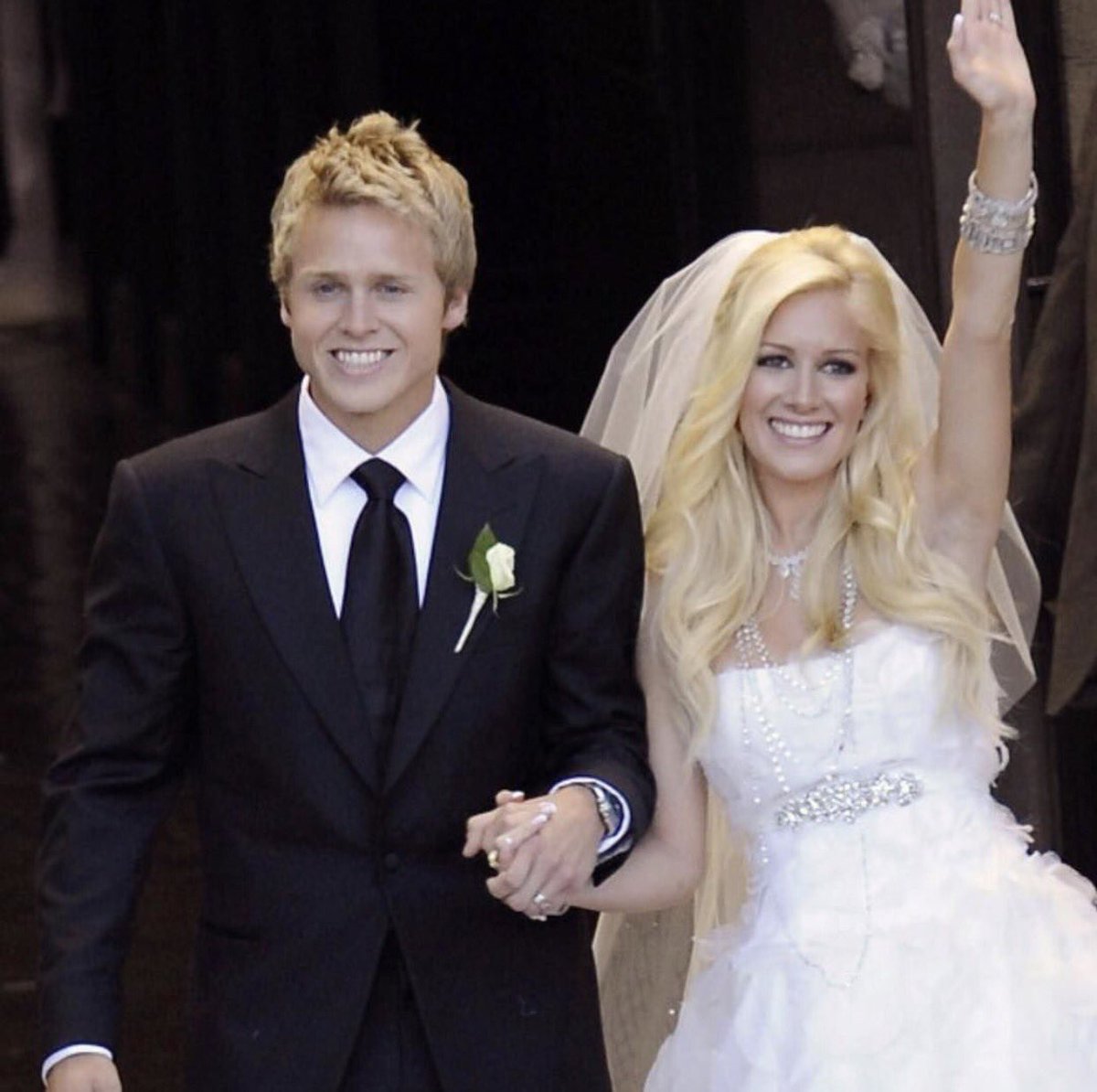 So back in November I wrote about Spencer and Heidi celebrating their 8th wedding anniversary, and then today I saw that they were posting about their anniversary again.

Now, I was confused but Heidi cleared it up for me.

We celebrate our elopement anniversary in November. This was our hills legal wedding so you are right! https://t.co/1nO1MXlxc1

So now the couple are celebrating their official 8th wedding anniversary and they are expecting their first child.

I love this couple and I love that they are the realest thing to come from ‘The Hills’.

Happy 8 year anniversary @spencerpratt ! Thank you for the best gift… a baby. So excited to continue on this blessed journey together! Love you ❤️

Spencer and Heidi , Spiedi if you will, have announced that they are expecting their first child!

The couple confirmed to US Weekly that Heidi is 12 weeks along and they are expecting their little bundle of joy at some point in early October.

“The look on her face, I can’t even describe it. She was literally glowing. I thought she was about to say she made muffins or banana bread. Heidi said, ‘I’m pregnant,’ and I was like, ‘Whoa, that’s way more exciting than banana bread!’ ” Spencer told US Weekly.

Congrats to the couple and I am sure that they will keep us updated on their social media accounts, something I am totally here for.

In case you weren’t aware, Jason Wahler, Whitney Port, and Lauren Conrad are all going to be first time parents this year too.

There’s something in the water when it comes to the cast of ‘The Hills‘.

For real though, I am probably way more excited for this pregnancy than I should be. I absolutely love Speidi, hate on it.

Whether you love or hate this couple, you know about them. The two of them were able to become the villains of ‘The Hills’ and then the country kind of wanted to ban them for a little while.

Most people know at this point that ‘The Hills‘ was pretty scripted but who would have thought that the realest thing about the show was the relationship of Heidi and Spencer. The couple started dating on season 2 of the show, then well, the rest is history.

The two of them eloped in Mexico I believe, then had many staged paparazzi photoshoots after that.

Never forget Speidi and I would like to genuinely give them my congratulations. They were able to make it through the reality television world and continue to be a functioning and happy couple.

May you two have many more incredible years of marriage.

Spencer Pratt and Heidi Montag are taking their feud with Lauren Conrad to a whole new level!

The former “Hills” stars didn’t hold anything back about their costar during a new interview with Complex magazine, taking aim at LC, once again, for denying those sex tape rumors.

“Lauren is a cold-hearted killer. That’s what people don’t get. She will cut you in your sleep,” Spencer tells the mag. “She tried to destroy us. If you want to throw missiles, I’m throwing a nuke. This is how I operate.” (credit)

I personally love that this feud is still a thing. I mean, I don’t think that Lauren has talked about it for years but I know that both Spencer and Heidi have brought it up on occasion.

I loved “The Hills” and I still kind of do. I mean obviously it was mostly scripted but I genuinely feel like the animosity between Lauren and Heidi was real, along with Lauren hating Spencer and Spencer hating Lauren, all of that was real. I love it too. In reality Spencer is absolutely brilliant for being the villain on the show, because clearly he is still talked about to this day.

I actually really recommend you look at the Complex article because it is awesome. Spencer talks about how Kim Kardashian was actually cut out of a scene from “The Hills” and that Kris wanted him to be her manager. Kim’s reps deny that is true, but Spencer swears it is. Obviously you can choose whichever side you’d like to believe on that one.

I will say that in a show that was fake as Kim Kardashians’ face the only real part was Spencer and Heidi’s relationship, weird right?

Also, I have to add that I fucking love that they framed their tabloid covers, that is perfect, such a Speidi thing to do.