I am obsessed with this song. It has been far too long since Pink put out a song but I guess I can forgive her since she is raising a family. Sia is of course one of the hottest artists out there right now. Her voice is incredible, her song writing ability is just as incredible.

Now you listen to me! I will not compare the two voices because they are both incredible in their own ways.

Two incredibly talented and powerful female voices, so I will say they both sounded beautiful.

I definitely don’t think that this is the best song ever written, it isn’t even on the caliber of song that Pink or Sia usually sing. I just like it because it has two of my favorite female vocalists on it. I can appreciate that.

I am pretty sure that we don’t deserve Sia. She seems to be such a wonderful soul and, well obviously incredibly talented. Sia is something special, that’s for sure.

Might as well just show you the tweets that make me love Sia even more. This is something that I can’t picture most artists doing, because money is the motive, right?

Money isn’t everything and I think that artists can learn from Sia. Most concerts now aren’t selling out because of the crazy price of most tickets. The fees that come along with ticketmaster and Live Nation. All of that comes into play. Sia just wants her fans to be able to afford her concert tickets.

For the record I do believe that Sia has the ability to sell out arenas without lowering her price. She is just being a human right here.

Fun fact, since this tweet came out, her album sales have tripled! Real recognizes real!

Sia, oh Sia. What did we do to deserve and artist like Sia? She is truly one of the greatest artists out there right now, with music that is incredible moving. Yes, she can have fun songs but she can also put songs together like “Breathe Me” and “Chandelier” which was about her own battle with alcoholism.

Let me be clear, Sia hasn’t come out and said that this music video was put together to represent the Pulse Nightclub shooting that happened in Orlando over the summer. I will say that after watching the video and reading comments, I believe it is pretty clear that Sia was trying to represent the tragedy in an artistic manner.

The video starts off with 49 dancers and through out the video it gets darker and darker. By roughly four minutes all of the dancers fall and the wall looks to have been permeated with bullet holes.

Of course those are just theories but it wouldn’t surprise me if that is what Sia was going for since she is a big advocate for the LGBTQ community.

An amazing song and video, as always. There is also a version of this song with Kendrick Lamar that is available on Itunes and Spotify.

So that time of year is coming up. The time of year when you automatically know who is going to win an award because they show up. I love award shows where you don’t even really have to guess because the only people who show up at the winners, for the most part. Sometimes there are surprises but not really.

The show will take place on August 28th, on MTV of course and I bet that there will be a lot of drama, and Kimye involved this year.

This year the show will be taking place at Madison Square Garden too which is a big change from the past.

No word on who the host is, at least I have no idea who it is, and as for performances? Still a mystery!

So let’s check them out! I will give my predictions too, like I usually do for award shows!

BEST FEMALE VIDEO
“Hello” by Adele
“Into You” by Ariana Grande
“Hold Up” by Beyoncé
“Work” by Rihanna feat. Drake
“Cheap Thrills” by Sia

BEST MALE VIDEO
“Don’t” by Bryson Tiller
“This Is What You Came for” by Calvin Harris feat. Rihanna
“Hotline Bling” by Drake
“Famous” by Kanye West
“Can’t Feel My Face” by The Weeknd

BEST ROCK VIDEO
“Missing You” by All Time Low
“Adventure of a Lifetime” by Coldplay
“Irresistible” by Fall Out Boy feat. Demi Lovato
“Victorious” by Panic! At the Disco
“Heathens” by Twenty One Pilots

BEST ELECTRONIC VIDEO
“The Girl Is Mine” by 99 Soul feat. Destiny’s Child and Brandy
“Summerthing!” by Afrojack
“How Deep Is Your Love” by Calvin Harris and Disciples
“I Took a Pill in Ibiza” by Mike Posner
“Don’t Let Me Down” by The Chainsmokers feat. Daya

BEST CHOREOGRAPHY
“Formation” by Beyoncé
“Sorry” by Beyoncé
“M3LL155X” by FKA Twigs
“Delilah” by Florence + The Machine
“WTF (Where They From”) by Missy Elliott feat. Pharrell

BEST EDITING
“Hello” by Adele
“M.I.L.F.$” by Fergie
“Into You” by Ariana Grande
“Formation” by Beyoncé
“Lazarus” by David Bowie

Honestly, I have no idea who will win some of these. The VMAs are simply a popularity contest and we all know that. I just think that Beyonce will win everything, Bieber will win at least one award. Kanye will win something and say “I made that bitch famous”, and everyone will laugh. The end .

It looks like this years IHeart Radio Music Festival may be the best yet. I mean just look at that lineup, and there will be more artists named in the upcoming weeks. So this is just the start of the amazing lineup that will be performing for the two nights in Vegas.

Britney Spears, Sam Hunt, Usher, Sting, and Sia, all in one night? Or well, two nights? That is something that I can barely wrap my head around.

The only bad thing about this festival is that you can basically only win your way in. This was created so people listen to the radio again and call in to win. Hey, I will do it though! Count me in on that because I need to go to this!

Can’t wait to see who else gets added to this lineup and then watch the concert that will probably be reaired sometime in like November on The CW. 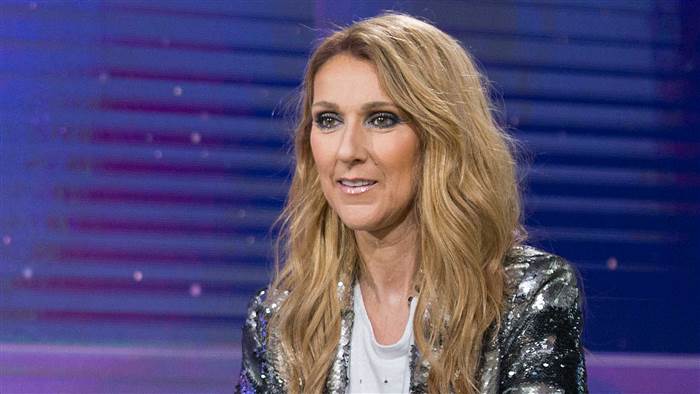 Not a huge fan of Jimmy Fallon, I find him annoying but Celine Dion? Celine Dion is an absolute angel. She has had a tough few months but she is out there, still smiling, being able to talk about her late husband.

Last night though, she continued to be an angel and did a few impressions. I can’t hate on them either. She did her best and she did just fine!

You go Celine, you continue to be perfect.

Also I love that Cher and Celine are friends, I would do just about anything to sit in a room with the two of them.

Carpool karaoke is by far my favorite late night skit. James Corden hit gold with that one for sure, he has some of the biggest stars singing like there’s no tomorrow. You have to love it!

In this specific one Sia opens up about why she wears wigs, she sings the song she wrote for Rihanna ‘Diamonds’, along with multiple other hits.

So watch it and appreciate the greatness that is Sia.