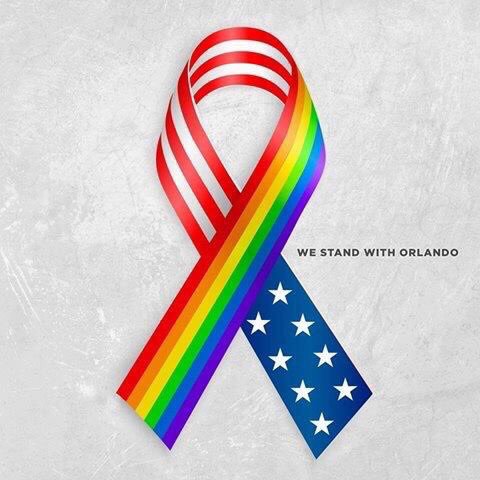 Sometimes there are no words when it comes to acts of violence. There is no way to make sense of the hatred in people’s hearts and there is nothing that can take away the pain. Last night there was a mass shooting, what else is new right? It seems as though as Americans we believe that we live in the safest country in the world, but we can’t go to movie theaters, concerts, schools, malls, church, and nightclubs with the constant worry about what will happen. Will we be safe?

Everyone is saying that their thoughts and prayers go to the victims, survivors and their families and mind absolutely do. I want nothing more than for them to find comfort in these next hard days, weeks, months, and years. This act of violence is absolutely disgusting.

When will it stop? When will this chaos and hatred end? I have no idea. Looking into the future it looks bleak to say the least.

So I will leave it at this. Florida has had two shootings within the course of 24 hours. The murder of Christina Grimmie, and now this. An absolute act of terror and hatred. An act that will only try and bring different political parties to have people look at it from their view. At the end of the day, it is clear that there is far too much gun violence in this country.

May every single person effected by this find comfort somehow, whether it’s in a friend, a family member, a song, anything. Hold onto that and keep the memory of all those who were victims of this senseless tragedy alive. Tell their stories and let everyone know that this isn’t what the United States is about.

A Roanoke, Va.-area TV news reporter and her cameraman were both shot dead by an unknown gunman during a Wednesday-morning segment, as it was being broadcast live.

Around 6:45 am, WDBJ-7’s Alison Parker, 24, with cameraman Adam Ward, 27, was reporting for the CBS affiliate from Bridgewater Plaza in Moneta, Va., when a shooter, believed to be male, approached and fired at least a half dozen shots, hitting Parker, Ward and at least one other person.

Shortly thereafter, WDBJ president and GM Jeffrey A. Marks went on air to report that both Parker and Ward had died from their injuries. “Our hearts are broken,” he said. “[We’re] holding back tears.” (http://tvline.com/2015/08/26/virginia-tv-reporter-cameraman-shot-dead/)

Innocent lives are taken every single day but usually we just turn our heads to it. We hear about a child dying and in that moment we feel sad, then we keep on with out day. Today two innocent people were killed on live television while they were doing a job that they loved. A gunman went right up to them without any problem and shot them. He wanted to make a statement and it has been made. If you murder two people, and shoot a third person you want to make a statement. The world is a scary place and all you can do is pray that you are surrounded by some of the good people.You can’t let yourself be afraid but you also have to stay aware of your surroundings. This world is a very messed up place, that is all I can say.

Of course this won’t happy but I hope that people don’t release the footage, of course it was live and I am sure a lot of people saw it happen live but let these two people rest in peace. They were killed over nothing, there was nothing that they did wrong in order to make this happen.

My thoughts and prayers are with all of their family members, friends, and colleges that are dealing with such a tremendous loss that wasn’t needed.

It took me a few days to write something about this senseless act of violence due to the fact I couldn’t think of the words to use in order to put my feelings on this website. In reality, this act of violence is absolutely disgusting. A church is supposed to be a place of safety, where you pray for a better life and thank God to be alive. The idea of someone pushing open a door and opening firing is absolutely mind boggling to me.

I just want the city of Charleston to know that the whole world stands behind you. I know that won’t take away the pain that the victims have been taken from an act of sheer horror but maybe it can bring some comfort to the families and friends.

The media has been posting the face of the shooter all over the place, but I won’t do that, I won’t even say his name. Instead here is a list of the people who lost their lives, these are the men and women that should be remembered.

I am so sorry that someone had so much hate in their heart.