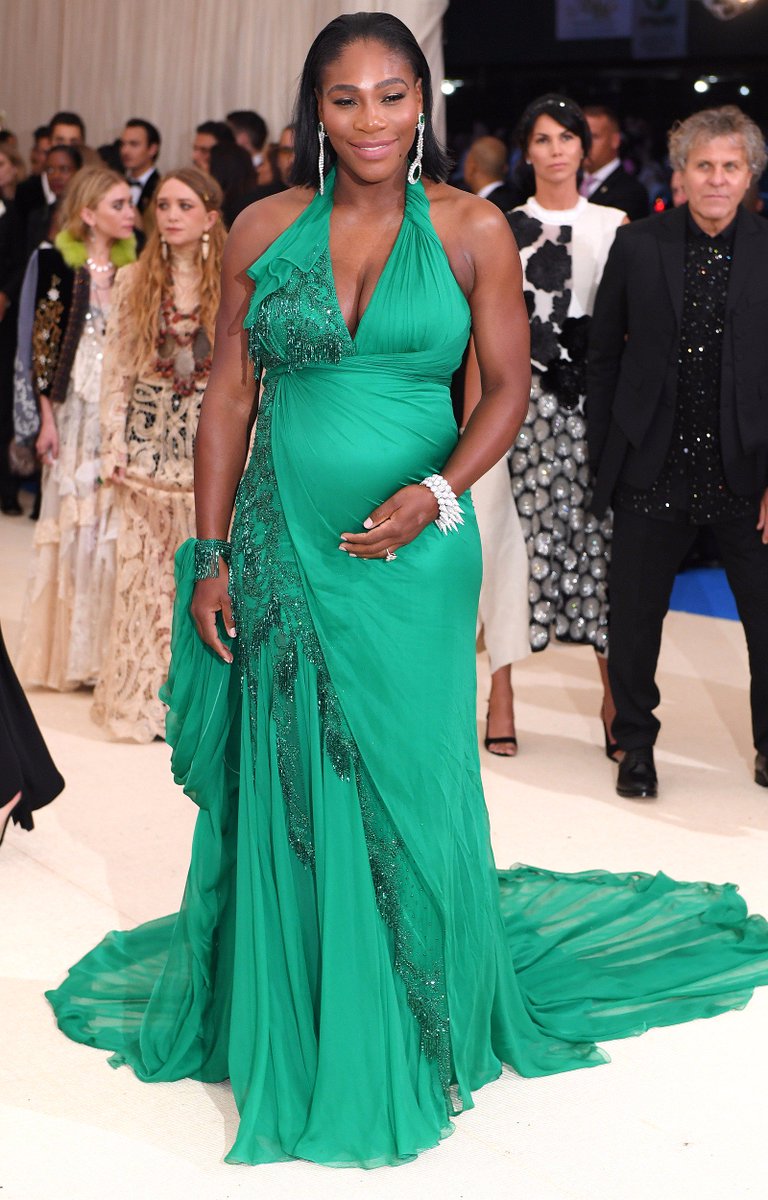 Serena Williams accidentally told the world she is pregnant but there is no hiding it now!

Tonight she stepped on the red carpet, white carpet, maybe blue carpet at the Met Gala and showed off her baby bump.

I love it all. I love her dress, I love her smile, and I love that the Olsen twins are sneaking around in the background.

The Met Gala is lit tonight. 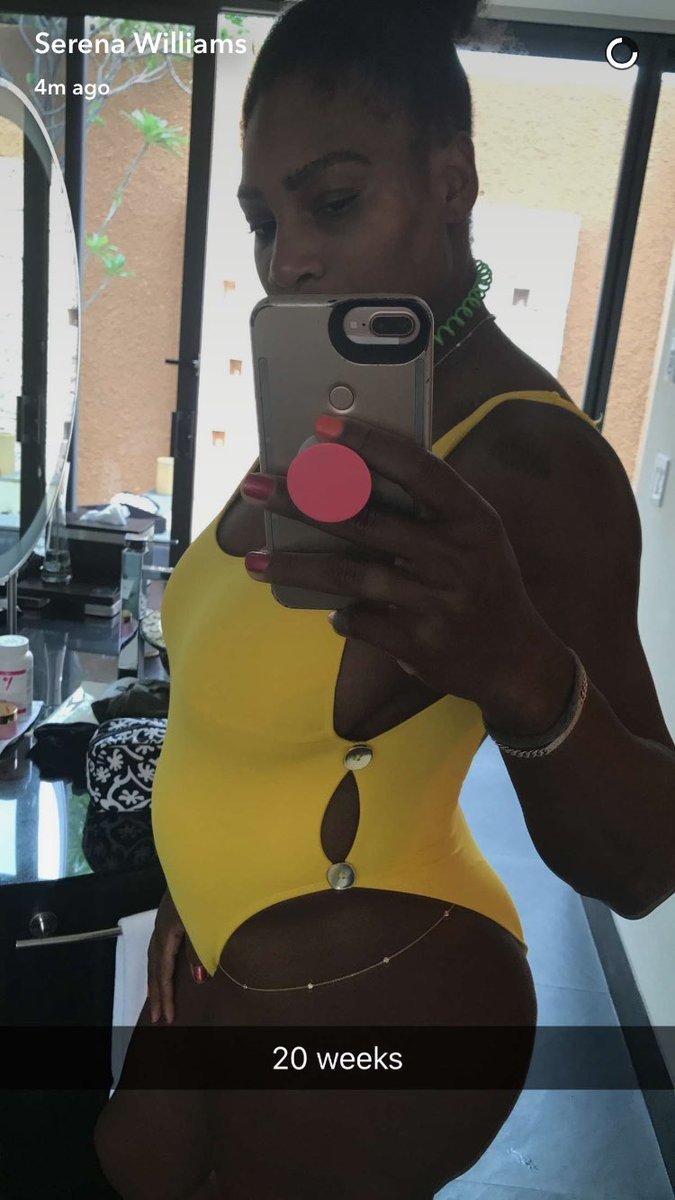 Congrats to Serena Williams and her fiance Alexis Ohanian since they are expecting their first child together!

Know what I love? I can remember when I was younger and Serena was out there killing it in tennis, people would all say that she was built like a man, rude shit like that. Now she is out there and is one of the most beautiful athletes in the world. I don’t know if our country’s standard of beauty shifted or if she had a glow up, but either way I love it.

For the record, Serena did delete this snap about 15 minutes after posting it but luckily enough people screenshotted it for it to go viral.

So was it an accidental reveal? Was it planned to get the world talking about her? Was she pregnant during the Australian Open?

We will probably find out the answer to most of those questions within the next 12 hours.

Congrats to the happy couple! Keep being adorable on Instagram and never break up, please.

(all photos courtesy of TMZ.com)

First let me start this off by saying something rather off topic. I was very surprised to hear about this couple because Drake is only 28 and for some reason I was sure that Serena Williams was about 37. She has been around since I can remember so of course I assumed that she was a lot older than Drake. Come to find out she is only 33, so now too much other than the rapper.

Alright, glad I got that off my chest. Over the weekend Drake and Serena were spotted making out at a restaurant in Cincinnati, Ohio after she won the WTA tournament. Now I don’t know much about tennis but I am pretty sure Serena dominated it because she is the best female tennis player to ever live. That’s what I hear at least.

Looks like this couple is heating up though, straight up all over each other. I kind of want to tweet them and just remind them that they were at restaurant. Swapping spit and sharing a meal, gross. Take it outside! The food and the PDA of course, just order take out if you are going to be doing that.

I didn’t see this couple coming but apparently people have been speculating them being a couple for months now? This was the first that I have heard about it but good for the both of them!

Drake, I hope you know that you like women who are stronger than you. I mean Rihanna and now Serena, good to know you don’t mind dating a strong woman.