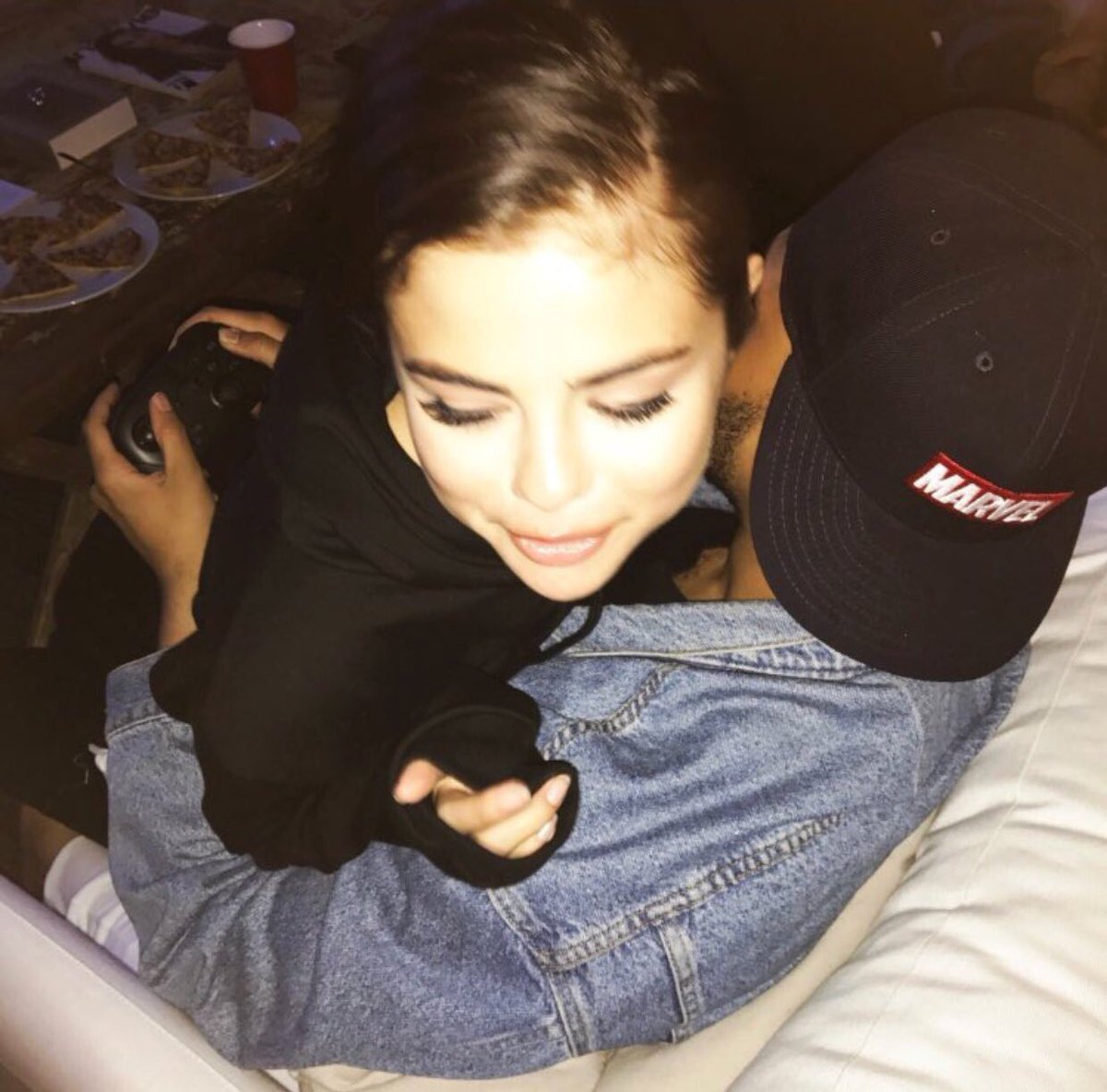 Selena Gomez has been teasing that she was going to release a movie for “Bad Liar” but it was simply a music video that will probably continue on through a few different videos. That’s my guess.

I think I did that right, no clue though.

Anyway, video is alright, song is great, and she also seems to be ready to release a new song “Fetish”, no word on when we can expect it though.

Selena definitely hit her niche with this song though. It’s different but not too different.

Some how Selena has quietly been trying to steal the pop princess throne and I think that she has it. 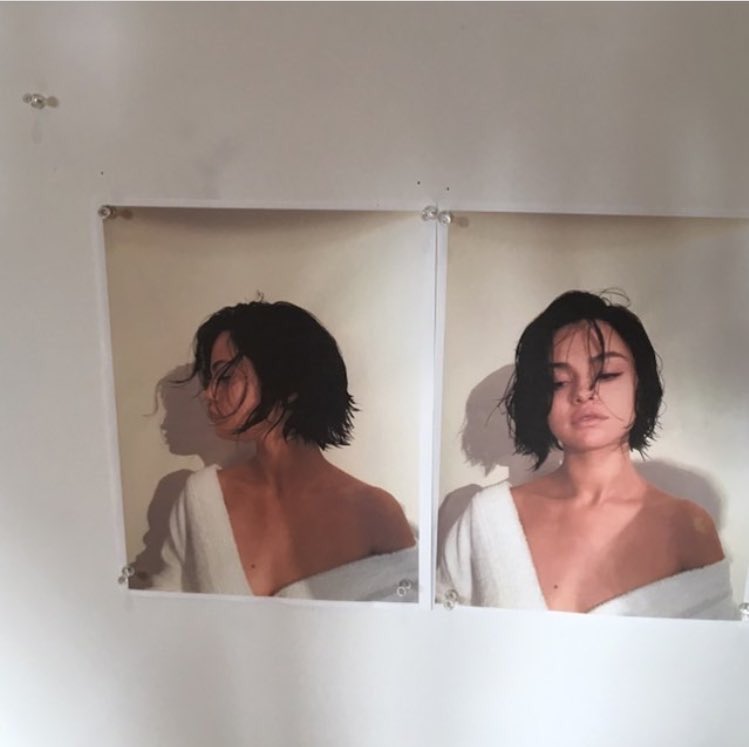 Selena Gomez chopped off her hair and I fucking love it!

I always feel like it is kind of badass if girls can rock a short bob like that, I mean I have one so I am probably bias but whatever.

Keep doing your thing Selena because you’re just getting better and better.

So do you hate it or love it?

I kind of feel like she is channeling her inner Demi Lovato, I know they aren’t friends anymore but still. It’s like matching former friend haircuts.

Selena Gomez and The Weeknd are currently walking around Florence, Italy showing off their love for all to see. They continue with their signature pose of Selena standing behind The Weeknd with her arms around him. It’s a bit different.

Of course I think that this is probably mostly for publicity but I won’t get too into that.

Yesterday Selena posted a video of The Weeknd but quickly deleted it. It was up there just long enough for people to download the video and get some headlines. Selena is a smart marketer, that’s for sure.

In case you were wondering, she simply captioned it with a heart eye emoji. 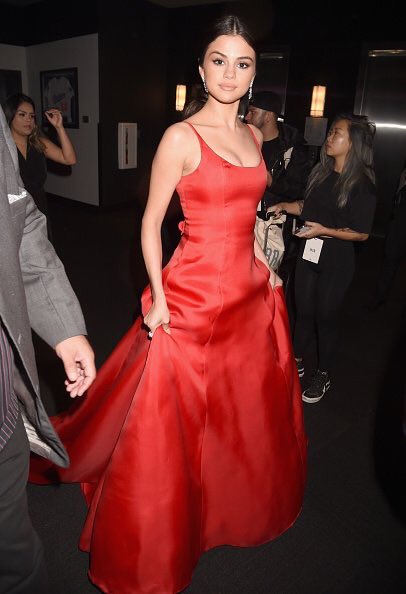 Now I know that I was a bit harsh on Selena yesterday since she was caught snuggling with Olrando Bloom who is definitely dating Katy Perry. That is just something that shouldn’t be done for both parties. Of course I am not one to just blame the girl, Orlando is an absolute dog for what he did.

Anyway! Let me say that I do have to respect Selena for how much she does for her fans. Especially since Bieber is now refusing to even take photos with fans. It’s nice that some young stars do actually still care about their fans.

Selena of course does meet and greets before the show, like most singers do. Fans pay to meet them, they take photos, usually have a mini sound check, that type of thing, sometimes a question and answer. Just a real close experience with the singer, something the fan wont forget.

Not only is Selena doing that though, she is having her crew go through the nosebleeds to pick out 40 people who can’t afford VIP experiences and then she meets with those 40 people after the show. So after she performs her heart out she meets even more fans, that’s not all though! After the meet and greet, the show, the post show meet and greet, she then meets with fans that hang around her tour bus.

That is how it is done, that is how fans should be treated. Glad to see that even though you dated Bieber forever, you aren’t a total asshole to fans like he is.

Obviously Selena is beautiful but did she miss with this one? I kind of hate everything about it.

I mean I don’t know much about fashion but I feel like compared to everyone else she just sort of missed. Maybe she was going for a 90’s grunge thing and just gave up? I am not sure. The boots are badass but everything else is very bland compared to how everyone else dressed.

So you fashion people tell me, do you love it or hate it? I need to know.

Dayum girl, you killing it! Seriously, Selena sexed up her look big time for this fashion show! Looks like Taylor told her that to be a part of this show, you really need to sex up your look and that way you too can have an army full of Victoria’s Secret models following you around from place to place.

The show airs on December 9th and Selena will be performing along with The Weeknd and Ellie Goulding, so it should be a great show!

Now here are some more pictures of Selena slaying the pink carpet!

So I don’t know if people are aware of this but lately Selena Gomez has been getting all types of shit because she has gained a little weight. Now listen, I hated even writing that. People gain and lose weight constantly and being in the limelight probably doesn’t make it much easier. Selena Gomez looks absolutely incredible though.

She is filling out, that is all. She is no longer built like a 12 year old, she is coming into her own and she is killing it. I like the curves. I say keep doing what you’re doing Selena!

One of my favorite looks of the evening. Everything from her hair, to her dress, to her make up was on point.