The question here is, did Fox’s new horror/comedy live up to the hype? We have heard about it for months and finally last night it premiered. Let me answer with one word. Yes! It absolutely lived up to the hype, and was probably even funnier than I imagined it would be.

I have never watched any Ryan Murphy show other than ‘Glee’, I never got into the American Horror series that he put out, because even the commercials freaked me out. After watching just the pilot episode of ‘Scream Queens’ I have come to the conclusion that Ryan Murphy is brilliant. The whole episode was hilarious.

I would also like to formally apologize to Emma Roberts. I have always doubted her acting ability but I am almost positive that the role of Chanel was the role she was meant to play. Her comedic delivery on lines was absolutely perfect.

So yes, I will be watching for the rest of the season and I can’t wait to see how it all plays out. I just hope it doesn’t take six seasons to figure out who the devil is, or who the child is. Yeah I am looking at you ‘Pretty Little Liars’.

Here are some of the best lines from last nights show. I will say, this show is extremely quotable, something I love in a television show.

4. “Do you think you like to munch box because your last name is Munsch, or is that just a coincidence?” – Chanel to Dean Munsch

5. “Ok someone turn me into Jada Pinkett Smith” – ex Kappa president before a spray tan.

6. “We have a side boob mixer, followed by a white party, where everyone is encouraged to be slash wear white.” – Gigi

8. “Who told you you could have a baby here tonight?” – Random KKT girl

10. “I love all that death stuff. I got my first boner watching Faces of Death.” – Chad to Chanel

14. “It’ll be fun, like a Friends episode… but someone’s trying to murder all the Friends.” – Gigi

18. “Shandell, why you gotta knife through your throat?” – Denise

Can  I just add a big shout out to Abigail Breslin, looking good girl! Also Nick Jonas playing another gay character, good for you not giving a damn about how it may “hurt” your image!

Click here to let me know what you thought of ‘Scream Queens’! 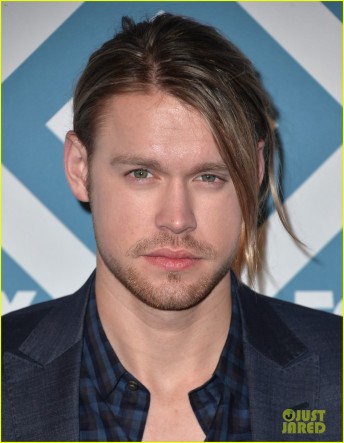 Do you guys remember when Chord Overstreet first appeared on Glee and everyone said he was going to be the next “it” boy, even though that never happened. Yeah, I remember that too. He started off on Glee being this cute shirtless boy that all the girls loved, now he is trying to be Brad Pitt? I really don’t understand this look at all. This was taken over the weekend from some panel or something to talk about the sinking ship known as ‘Glee’.

I just don’t understand what he is trying to go for here? At one point he had short hair and I finally found him attractive then he decided to pull this shit again. I mean come on bro! What are you thinking? This look isn’t a good look for anyone, except maybe Jared Leto. We already went over that Leto is a beautiful weirdo though. Chord you can’t pull off the artist look because you aren’t one, you are on Glee my kind sir. I think that looking at track records it is pretty obvious that everyone from Glee who tries to have a music career fails.

Mark Salling? Failed. Will Schuster? Failed. Lea Michele? Not starting off to hot so far.

I just don’t understand how people can say this is a good look for anyone let alone someone on ‘Glee’! Chop that hair off Overstreet and maybe if you are lucky you can get another planned date with T.Swift! 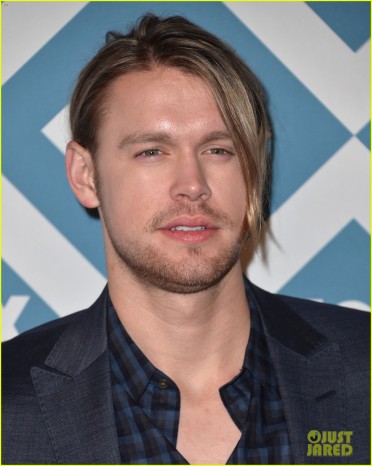