Sometimes celebrities can’t ignore tabloid bullshit and those are the moments I live for. I love when celebrities call out tabloids on their shit because they should, that simple. Everyone should be liable for whatever they write.

Well Ashton Kutcher has had plenty of stories written about him through out the years and normally he is rather quiet about them. I can’t remember him responding to really any crazy stories that have been posted about him.

That is until now.

He was recently spotted boarding a private jet with a brunette that is not his lovely wife Mila Kunis.

Check out what he had to say about the story.

You should have heard how upset Mila was that I spent the day with our cousin. Sorry aunt Jodie these magazines lac… twitter.com/i/web/status/8…—
ashton kutcher (@aplusk) July 09, 2017 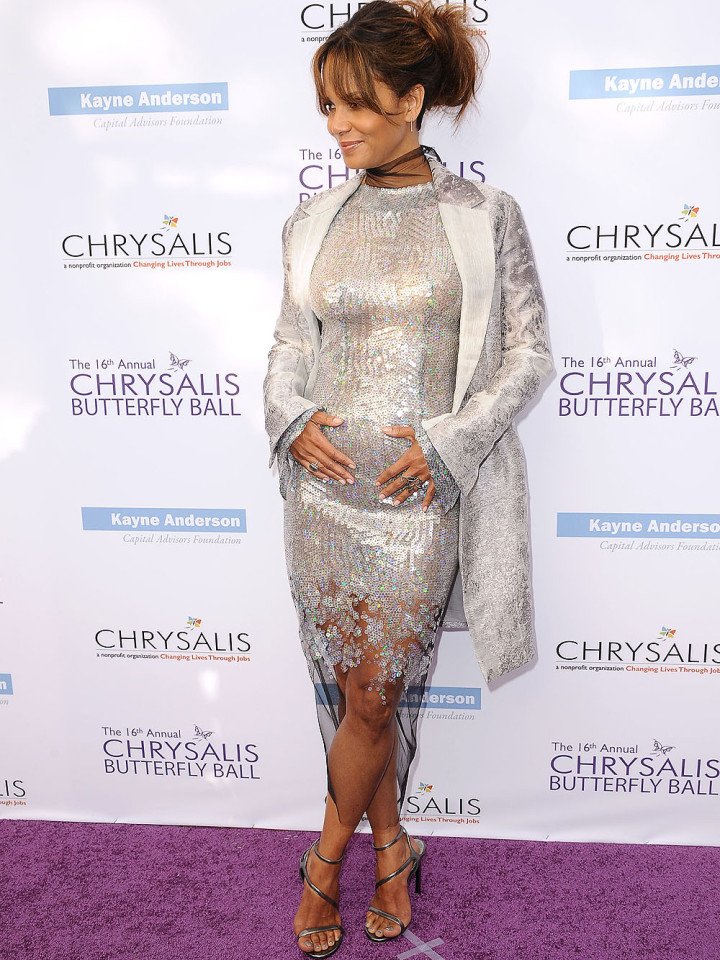 Halle Berry is either an evil genius about getting press, or she is pregnant. There is really no other way to go about this stance.

In case you missed it, earlier her rep said that Halle wasn’t pregnant. It was left at that.

Well today, Halle posted a throwback photo asking if “Can a girl have some steak and fries??”

The answer to that is yes, you can have fries, you can eat whatever you want!

Halle, you’re a vet and you’ve walked the red carpet pregnant before. If you place your hands on your stomach it’s going to get people talking!

Can a girl have some steak and fries?? 🙄😉

So over the weekend there have been rumors flying around that Rihanna was pregnant and she didn’t know who the dad was. She wasn’t sure if it was Drake or if it was Chris Brown. Now naturally I never though that she was pregnant because Rihanna isn’t like that. Sure she is a freak but I believe when she wants to be a mom, she will be a great one. Am I thinking too highly?

How does Rihanna react to these pregnancy rumors? She poses naked on a balcony and takes pictures! She didn’t even acknowledge any of these rumors either. What a bad bitch, she is ultimate bad bitch of music. People can say that it is Beyonce but she doesn’t hold a candle to Ri.

Face down, ass up, no other way to let the world know, hey, I am not pregnant! You go girl!