Although I am not totally behind this ‘Lion King’ CGI movie, I will say that the cast so far is pretty solid.

So far we know that James Earl Jones will be back to voice Mufasa and Donald Glover will voice Simba. There have been rumors that Beyonce will voice Nala, but there is nothing confirmed yet.

Another confirmation is that Seth Rogen will voice Pumbaa and Billy Eichner will be Timon. Those are pretty solid casting voices if you ask me.

Again, I don’t know how excited I am for this remake, I wasn’t into how CGI and fake ‘The Jungle Book’ remake was, so I’m not sure.

Then again I hate change, but really, why do you need to change a classic? That’s what I want to know.

Are you excited about this casting news?

Dear Luke Evans, I am sorry that I ever doubted your ability to take on the role of Gaston. That’s right, I didn’t think that there was any way that he could pull it off. Of course it is just because I was salty about this movie being made in the first place.

I was wrong though, I can admit with I am wrong, sometimes.

It seems as though Luke will do just fine playing Gaston and Emma Watson will be great as Belle. I just need to give it a chance I guess.

The more I see clips of this movie the more I am excited about it.

I also officially have a crush on Luke Evans but you gays won this time, he is on your team. 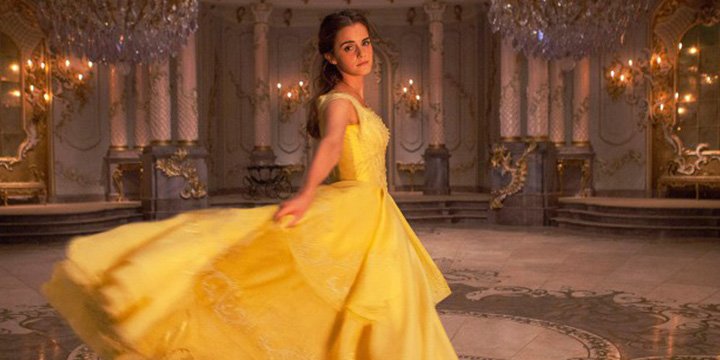 I can’t lie, when I heard that they were making a live action Beauty and the Beast, I wasn’t really looking forward to it. I was the one who was saying, if it isn’t broke, don’t fix it. You know, like some old lady. Well, I am kind of eating my words because I am so excited to see this movie now. Emma Watson is incredible and I think that the movie was really well done, thought out, and well definitely be a good reinvention of the classic story.

For the record, I am completely ready to ugly cry when “Tale As Old As Time” starts.

Are you excited for this movie? Let me know on Facebook or Twitter by using the links!

I will be the first person, well probably not the first, but I am going to say one thing. I am not fucking here for this. Do you hear me? I am not here for a live action version of “The Lion King”. Listen I understand wanting to do live action of “The Jungle Book” or “Beauty And The Beast” because they have actual people in their stories. “The Lion King” has animals!

Right now, I am pissed that they are going to make this a live action movie. Are they also going to change the script? Are they all going to get new voices? Can you imagine hearing someone other than James Earl Jones as Mufasa? I won’t stand for it!

Never in a million years did I think that anything about “The Lion King” could make me upset, but here it is. If you are excited about this live action movie, you’re soulless.

I can’t imagine not having Johnathan Taylor Thomas as a young Simba, and I frankly won’t accept it either.

Disney, you’ve crossed the line with this one. You can go straight to hell Disney.

Feig broke the news on Twitter, posting a picture of Hemsworth with the words: “Our receptionist. #whoyougonnacall.”

According to Variety, Australian actor Hemsworth originally passed on one of the film’s male roles as it was too small.

Sources told the industry website and magazine the part had since been “beefed up” after Sony worked on the script.

Production on the new Ghostbusters is due to start later this summer, with the film scheduled to hit cinemas on 22 July, 2016. (http://www.bbc.com/news/entertainment-arts-33095684)

I genuinely can’t wait for this all female cast of Ghostbusters. Now, I do think that they will get so much shit because the first movie was so well liked but I think that the cast is pretty legit. I am also excited to see Chris Hemsworth as a receptionist. He is actually hilarious, I mean, I know he is usually a superhero or whatever but home boy can act.

I can just picture Chris wearing a headset and answering phones, that is really cute. It is also cool that he joined a cast that was mostly female. I mean, not many macho men would do that.

Chris Hemsworth you just get hotter by the day, it doesn’t make any sense but I am going to just let it happen.

Now this is something that I don’t think I will ever understand, movies being remade after only like 10 years. When Spiderman did I didn’t understand I don’t understand this either! The original movie came out in in 2005, only 9 years ago. Why do they feel the need to reboot it? I do remember one thing about these movies, they sucked! They were just awful!

Now I understand, this cast is pretty stacked. People love Jamie Bell, I don’t know why but they do. Then there are my two boyfriends Miles Teller and Michael B. Jordan. Then a chick I have never heard of but good for her, this cast is stacked.

I just think remaking this movie is really fucking dumb since people hardly even remember the first time this movie was made. I understand people now want to try and make a better superhero movie than The Avengers but guess what? It isn’t going to happen! That movie has Robert Downey Jr, Chris Evans, Chris Hemsworth, and Scarlett Johansson, you will never beat that.

I really just hope this movie doesn’t get made.