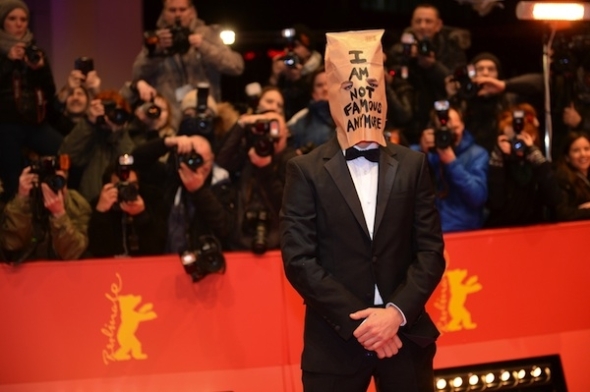 So Shia LeBeouf showed up to his most recent movie premier wearing this, a paper bag, a paper fucking bag. This premier was for his movie about being a sex addict or something. It is that movie where they are having real sex on screen rather than the fake sex like most movies have. I am still convinced that in some movies they are really having sex, that is just me though. Back to the subject of Shia LeDouche!

Shia is the worst kind of celebrity right? He basically decided he didn’t want to be famous after he got caught in a plagiarizing scandal, I don’t know enough about it to talk about it, but that is the basis of it. He then went to skywriting his apology which didn’t get a great response. That was when LeDouche decided he didn’t want to be famous anymore.

Honestly, I don’t understand why he would even do this. If a person wants to make a statement just don’t show up to the events. That simple. He is bringing a lot of publicity to the movie and everything but the writer probably isn’t too pleased with him right? Just making a joke about fucking everything.

I really don’t know who LeDouche thinsk he is either, you were Louis Steven and Sam Whitwicky, you are replaceable, I promise.