That’s right! One of the cutest couples in Hollywood are about to have a very genetically gifted baby!

Today Ian Somerhalder and Nikki Reed both took to their social media accounts to announce the happy news.

No word on how far along Nikki is but judging by the photo, I am going to say that she is pretty far along. I mean she has a serious baby belly, so good for them being able to keep it under wraps.

These two are just such a cute hippie couple and it’s perfect. I bet they are going to name their child something super earthy like Rain or Dirt.

To our friends, family, and rest of the world. In my 38 years on this earth I've never experienced anything more powerful and beautiful than this. I can't think of anything more exciting than this next chapter and we wanted you to hear this from us first. This has been the most special time of our lives and we wanted to keep it between the three of us for as long as possible so we could enjoy this time with each other and our little one who is growing so fast…because that's what they do, they grow so fast. Thank you for your kind energy. Love, Ian

Hi Little One I know you, but only because I feel you. How is it possible to love someone so much already? All I know for sure is it's the strongest feeling I've ever felt. We've been sharing this body for quite some time, and we've already experienced so much together. We can't wait to meet you… Love Your parents 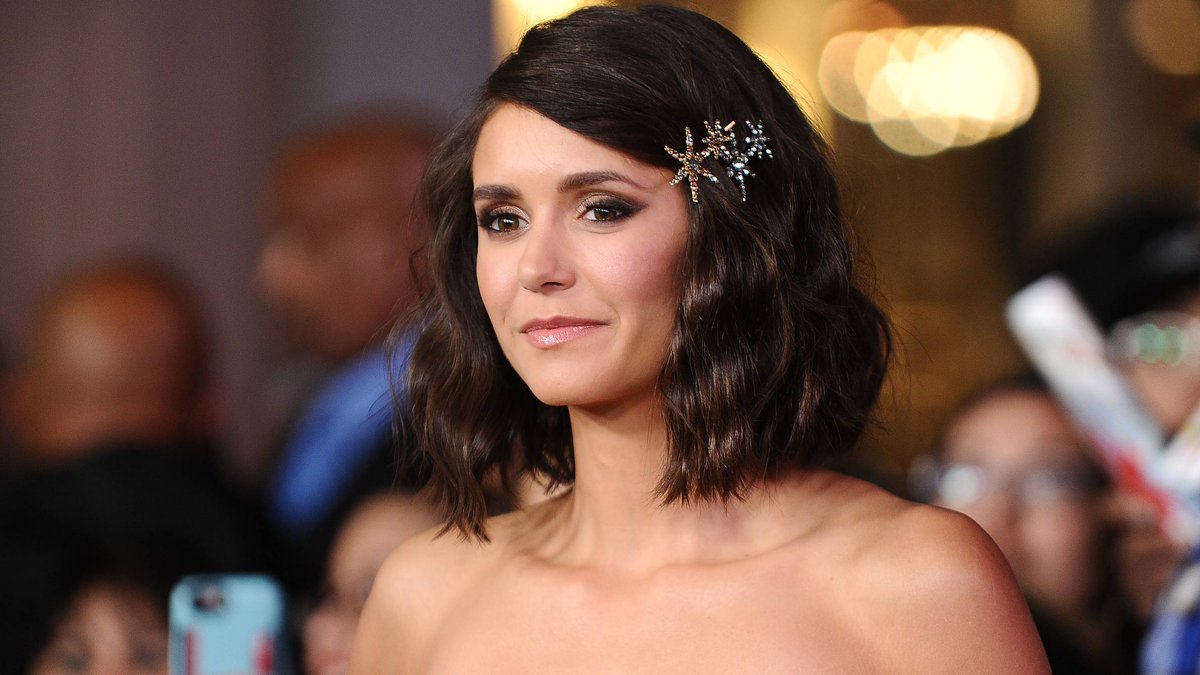 As most people know Nina Dobrev left ‘The Vampire Diaries’ two season ago, maybe three I stopped watching the show, but she left. Well, she is coming back for the final episode as most of us knew and she has documented her return to set!

After she shot her final scene though, Nina was obviously a bit emotional. Even though she left, it is pretty clear that she is the backbone of this show. I mean the damn books and show were written around her character and she played like three different characters on the show.

So check out the emotional post, she also posted a goodbye to Paul Wesley along with a photo with ex-boyfriend Ian Somerhalder and his wife Nikki Reed.

Just a heads up, her goodbye is super emotional.

Dearest TVD family, It feels like it was just yesterday that I was saying goodbye. And yet two years have passed and here we are again. This is my true final goodbye, as today I shot my last scene of the Vampire Diaries forever. Coming back for the series finale has been a whirlwind of emotion, nostalgia, love, tears of joy and bittersweet endings. It feels like the beautiful closure we all needed, myself included, and I couldn't have been happier to come home to be with my TVD set family and friends. I feel the fans family will also be happy with the show's conclusion when they tune in to watch the last episode air in a few short weeks. From the bottom of my heart, I send you my biggest thanks for the countless years of implicit dedication, passion, support, and undying love from all the fans that have stuck with us on this truly amazing and beautiful journey. As this last chapter ends, we welcome and look forward to going on to the next adventure and hope that you continue to follow us as our new journeys begin. I grew up on this show and am eternally grateful for all the opportunities it has given me, and so thankful for each and every person who worked on The Vampire Diaries over the last 8 years. We are all pieces of a big puzzle and without every truly amazing cast and crew member, this magical puzzle would not be complete. Thank you for all your hard work, friendship and love. You have touched my heart in ways you will never know. Sending looch smooches, Love, Katherine, Amara, Tatia, and of course, Elena Gilbert. #TVDforever #FangsForTheMemories ❤ Ps. I had these custom engraved TVD #Forever keys made as crew gifts for my beloved TVD a family. @thegivingkeys is an amazing company that sells products to provide jobs. Every product you purchase supports job creation for individuals transitioning out of homelessness, impacting lives through the power of a Pay It Forward community.

Can't believe how time flies. Farewell dinner with team Somereed! So good catching up with these goofballs. All ❤

Ian Somerhalder and Nikki Reed are officially husband and wife!

The 36-year-old Vampire Diaries hunk and the 26-year-old Twilight actress got married Sunday at sunset in Santa Monica, Calif., E! News confirms. Hours before getting married, Somerhalder tweeted, “most beautiful morning ever…”

In a loving gesture, E! News can confirm that in lieu of gifts, wedding guests were asked to donate to the newlywed’s animal rescue charity. (http://www.eonline.com/news/650102/nikki-reed-and-ian-somerhalder-are-married)

Well isn’t this the sweetest thing ever? I like to think so. Just basking in the sun while wearing white outfits, such a gorgeous picture.

I mean I loved Ian and Nina together, listen I get it if you are going through a hard time accepting the fact that he isn’t married to her. I really understand. Let me just tell you something though, Nikki is fucking awesome. The reason why Nikki Reed is one of my favorite humans is simply because she helped write and she also starred in the movie ‘Thirteen’. That movie is perfection, if you haven’t watched it, go watch it now.

Back to the subject though, Nikki and Ian haven’t been together all that long but they are adorable. She is 26 and he is 36, her second marriage, and his first. I mean they are just meant to be, right? I do have a sneaky suspicious though. I think that in about a month or two they will announce to the world that she is pregnant. I know, I know it is crazy but I called it with Chad Michael Murray and I am calling it with these two!

Congrats to the happy couple though! May you continue to raise money for animals in need, and may you actually last!

Just in case you weren’t aware these two beautiful creatures are now engaged, in fact they have been for a little while. This is the first time that Nikki is showing off that massive rock though. Before I go any further, can we just say what we are all thinking? I wish I was her. Yup, Ian is one of the hottest men on television and he cares about the planet and animals. I mean who doesn’t love a hottie with a heart of gold?

Now that I got that out of my system, let me continue. These two have only publicly been together since about July, but I think this one may last. They both are beautiful, so that helps. They both care about our planet, and they have already adopted a ton of animals together. How precious is that?

After reading some comment sections I have found out that not many people are aware of who Nikki Reed is. They know her from being the bad bitch Rosalie from ‘Twilight’ but that is it. Let me give you some facts about Nikki Reed and why I love her so much. First and foremost she co-wrote and starred in one of the best movies of all time ‘Thirteen’. It is a movie I have seen probably a hundred times, and I will force my children to watch. Drugs are bad kids, don’t do drugs. She was also on ‘The O.C.’ another thing I was obsessed with. Of course her character was dating Ryan, I wanted Ryan and Marissa together, so I hated her, but that isn’t the point!

Congrats to the happy couple and I hope that you two have insanely attractive children together and save the world together too!