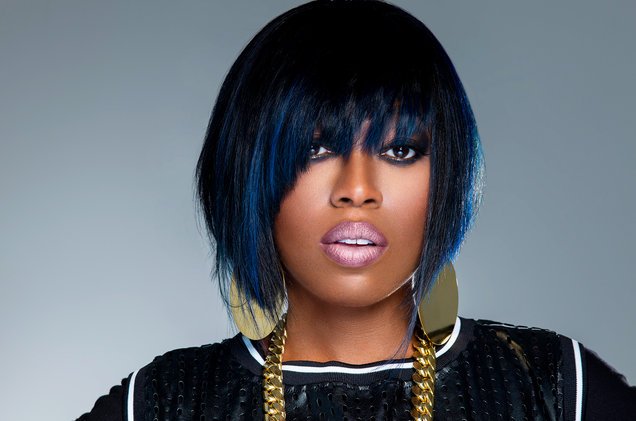 It is time for everyone to bow down to the queen!

You read it right, Missy Elliot is now the highest selling female rapper of all time and I personally couldn’t be happier. Since I can remember Missy has been out there spitting some of the hottest verses, being creative as hell, and she served visuals in all of her music videos.

According to Billboard, Missy has sold over 30 million albums in her career.

Not only that, Missy has four Grammys to her name, 15 MTV Video Music Awards, and countless other awards.

So all you Nicki Minaj fans please take a seat.

Missy Elliot is definitely one of my favorite female artists of all time and I am glad that she is getting this kind of respect. Now it is time for new music because nostalgia is so hot right now!

Missy Elliot coming in hot with one of the hottest remixes out there right now, just bringing out other legendary female rappers.

If you don’t know who Eve, Trina, or Lil’ Kim are then you’re probably too young for this blog.

Hey Miss, we need visuals on this right now!

All I need in life is new Missy Elliot music and hopefully this song is only a preview that there is more to come from the legend!

Two years ago Missy teamed up with Pharrell on “WTF” and “Pep Rally”, but there was no new album to go along with the two new songs.

This music video is very Missy Elliot, the Missy that we all grew up with. She shows off dancing, along with bright colors and optical illusions.

Now of course this isn’t Missy’s strongest hit but she is definitely trying with it. The rapping style is a bit different, she needs to go back to her quick word play, the rap world needs that.

What do you think of the knew song? Let me know!

Celine has been doing so much press lately and I can’t get enough of it. She is such a weirdo and I love every single second of it. As strange as she is, she has incredible talent and can sing like an angel. Plus, her weirdness is kind of endearing, right?

Do you think she is going to add “Hot In Herre” to her Vegas show? One can only hope.

Personally, after watching the video she needs to cover Britney’s “Work Bitch”, it will be even more timeless than it already is.

It is hard to believe that it has been 15 years since Aaliyah passed away in a tragic airplane accident. One of the most talented members of young Hollywood in the early 2000’s for sure. She was a singer and an actress, and probably would’ve went on to do even more great things.

Missy discovered Aaliyah and took her under her wing, so their bond was extremely tight. Throughout the years Missy has spoken about how much she misses her good friend, and how she hopes to keep her spirit alive.

Aaliyah will never be forgotten, and thank you for the art you created while on this earth.

It is about time! That is seriously all that I can say! Missy I am so happy that you are back and I am ready for your new music, just release a new album tomorrow, that would be absolutely great.

Know what else is incredible? Pharrell is back to rapping! Yes! No more of that “Happy” song, at least not right now. He absolutely crushed his verse, I think that people have forgot that he is actually a really talented rapper and producer. Listen kids he is more than just a judge on ‘The Voice’. Clearly with him and Missy working together they will be turning out hit after hit.

If you get a chance read the comments on Youtube, they are hilarious. So many Nicki Minaj fans hating on Missy.

Sit down children, the queen is back and class is in session.

Tell me what you think here!

All I can say is YAASS!!! I am so happy that this song came into my life today. This has been the longest week of all time and finding out Janet and Missy came out with a song together just made it so much better. Janet is a queen as is Missy.  I mean it has been way too long since either of them released new music.

Janet is on a huge come back tour, which is pretty fucking awesome. Janet is someone who is just raw talent, yup I said it. I love her voice, and she can seriously sing. Missy is just a musical genius so everything she is a part of is magical.

This song is very Janet and I approve. I can’t wait to get drunk and dance to this song. Pretend I can dance as good as Janet and just straight up break it down.

Click here and tell me what you think! And for fun, here is another classic by the two.

I don’t think many people realized that Missy Elliot was going to be performing at the halftime show, even though it was announced about a week before it happened. I knew that Missy Misdemeanor was going to be on the stage and I was ready. Truthfully I am not a big Katy Perry fan, to me she is very bland. I think that she is one of those girls who likes to pretend that the world is made out of bubblegum but behind the scenes she is a real bitch. In my opinion she is just very gimmicky, you know what I am saying? She is just a facade that needs to go.

Anyway, Missy came out and killed it. I like many watched the game with a group of people and right when those first chords of ‘Get Ur Freak On’ came on, the room went nuts. Everyone loves that song. Missy did the whole awesome and fun rap game way before Nicki or Iggy did it.

I am praying that this means that Missy is coming back, finally she is coming back. I mean in reality she has no need to make a come back. She has so much money, she is still an icon, but you know what? I don’t care. I want her back, I need her back. Having Missy back on my television screen reminded me of her old school crazy ass music videos, and how no matter what, her music makes you dance.

I just want to thank Missy for coming out and saving Katy’s rather bland performance. Missy you are a legend, please come back to us.

Know what kind of hurt though? My 18 year old step-brother told me that song was older than most players on the field. Slow your role brother, that song was released in 2001, you just were too young to appreciate it at the time.

Hey, hey, hey, I’m what’s happening. If you don’t know that is a Missy Elliot lyrics, I am so excited to write this blog right now, I am going to try and hold it in. I can’t let you guys know how huge of a fan I actually am of hers. Wait, yes I can. Ever since I heard her rap back in ‘One Minute Man’ I knew that I was a big fan of her. Now she is making a come back?

If you missed it, last night Pharrell was singing one of his songs that sounds like every other song he sings and Missy came out and killed it. She just did a little verse from her own song and the crowd went absolutely insane. How could they not? Living legend right in front of them, can’t get better than that.

Now in my opinion Missy Elliot is one of the best female rappers of all time. Who else is up there with her you ask? Eve, Lil Kim, and Queen Latifah. Oh and Left Eye, she wasn’t on her own but home girl could rap.

I wonder if Iggy Azeala one of the most over rated artists of the moment was taking notes when Missy came out or shivering in her books. Nicki Minaj, well she kind of has already fallen off so no worries for her.