Betty White is a national treasure. We need to protect her at all costs! Over the past two years we have lost too many celebrities but somehow Betty White has made it out safely.

Let’s keep it that way, we need eyes on Betty keeping her safe at all times.

Honestly, I don’t even know why Betty was on James Corden‘s show but she was there. She also talked about her poker face and that’s all you need to know.

Betty made it clear that her and her friends don’t play for money, they play for blood. What a legend.

Betty also opened up about love and how much she loved her late husband.

I can only hope that one day I can sit with Betty White and we can talk about life.

Is there anyway I can have that go on Twitter and make it go viral? I just want to sit with Betty and have her give me some life advice. 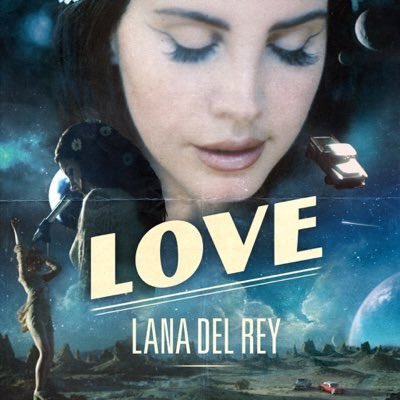 In my opinion Lana is kind of weird but that is what makes her so fucking awesome. She is incredibly beautiful and her voice is outstanding but there is still that tiny bit of weirdness to her that keeps you guessing. Maybe I should say she is an artist instead of weird? I don’t know. I am not using it as an insult, okay?

Anyway, this video is absolutely beautiful. She has such an incredible way about how she wanted to present her music and I give her so much credit for it.

This song is just so relaxing, I can’t wait to listen to it until I am sick of it.

I will say that Sophia Bush is absolutely one of the classiest women in Hollywood. Say what you will but she stands up for charities that she believes in, she stands up, that simple. She stands up and says what is on her mind, she gives a voice to those who don’t have one.

One thing that she has never really spoken about was her failed marriage to former ‘One Tree Hill’ co-star Chad Michael Murray. The couple were married and within a few months they had divorced. It was very public, there were many rumors and considering Chad moved on quickly, it just added fuel to the fire. The exes had to work together on the same show for like 5 years after but the former couple just stayed quiet.

It looks like Sophia is kind of ready to talk about it, although she isn’t bashing her ex. Instead she is opening up about love and how love isn’t easy.

In Cosmopolitan magazine, Sophia wrote an essay about why we should stop seeking “the one”.

Here is her excerpt about Chad Michael Murray.

“In my 20s, when I was starting out my career as an actor, I wasn’t looking for a relationship, but one found me and became serious, even though I hadn’t planned to settle down until my 30s. But when the person you’re with asks you to marry him, you think: This must be happening because it’s supposed to.

But I refuse to let that one relationship define me, which is why I’ve done my best to avoid discussing it for 10 years. The reality is that, yes, it was a massive event in my life. And the trauma of it was amplified by how public it became, which was incredibly foreign and bizarre to a girl who’d been just another college kid 24 months before her life blew up.”

My favorite line from the entire essay has to be this one.

Thank you for writing this Sophia, I think that this is important for the new generation especially. We are meant to believe that we need to find “the one”, when you should really just focus on loving yourself, everything else will fall into place.

Again, if you want to read the whole essay which I think you should do, click here! 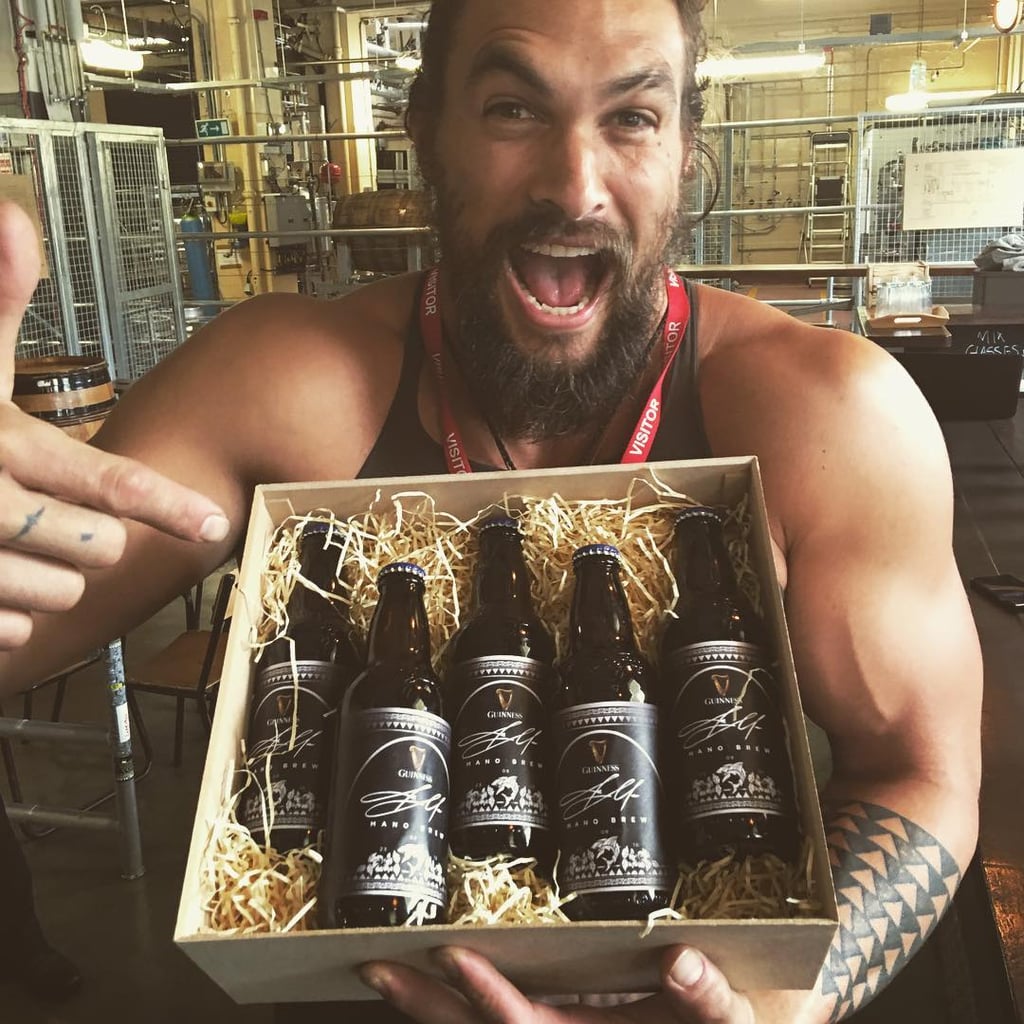 Guinness beer isn’t my drink of choice but I will have a tall glass of Jason Momoa any day of the week.

The actor’s Instagram has photos of his family, his passion about his heritage, and his love of Guinness. That’s right, this man who probably only has 5% body fat, loves to drink Guinness whenever he can, and he likes to document it.

Are you ready to get lost in staring at Jason Momoa as he expresses his love for the dark beer?

Mahalo toronto Press tour done. Great day with everyone. Lots of laughs. thanks for all the love and support. The tragedy is we lost two Guinness aside from that incident all was smooth. Newfoundland look out the silverback is coming 😈😈😈😈😈😜😜😜😜😈😈😈😈❤️❤️❤️❤️❤️frontier season 2. Fuck yeah @discoverycanada

This man changed my life. I love you zack Mahalo for believing in me. It's Odin and Mano time. 😜😜😜ALOHA j

Love u guys Mahalo for all your hardwork

My man. The batman love ya bud @benaffleck we did it that's a wrap Mahalo to @guinness and @highlandparkofficial for taking care of aquaman and the JL crew. Odin 😜😜😜😜😜😜😜my favorite ALOHA j

ALOHA kakahiaka. Today is the day. Stay tuned The fridge is ready to party Mahalo @guinness for sending me the crew refreshments in #nomansland Iceland ALOHA j

Have you had enough yet, no? Good there’s more to come.

When you love something so much, and it never lets you down – it's called rare 😜😜😜😜😜🍻🍻✊🏽✊🏽✊🏽I love u. @guinness @guinnessus Aisling I fucking love you and team Dublin Mahalo for making me the happiest superhero in the world Aquaman Wednesday coming soon cheeeeeeehhhhhooooooooo. Last minute care package from the Irish Iceland your all in trouble 😜😜😜😤😤😤😤👿👿👿✊🏽✊🏽✊🏽✊🏽✊🏽

That's a wrap UK. Fuck it I'll do 1 hahahahahahahahahahahhahahahaha. I love u @guinnessus your a legend @wfmft it was worth the wait. I'm going to crush these last days Hawaiian style cheeeeeehoooooo😜😜😜😜ALOHA j

What a day. Mahalo @guinness @guinnessus one for the record. ALOHA da momoaz

I only went 14 weeks back with that one. If you want to check out all of his Guinness loving posts, his click his Instagram page.

I never thought anyone would ever love me because I felt like my body was ruined by my abuser. But he loves the survivor in me. He’s stood by me all night proud and unashamedly. THATS a real man. ❤  (Credit)

I genuinely wish that Lady Gaga won last night, not to take credit away from Sam Smith but her song was absolutely incredible. ‘Till It Happens to You’ is so insanely relevant to the world today and Gaga’s performance was so heartfelt, it could bring anyone to tears. I was sobbing like a baby actually. Any song that can bring out such emotion from important is a special song.

It is beautiful that she gives credit to her soon to be husband Taylor too, who has stuck by her side for years now. They have a beautiful relationship and are very open about their love for one another.

May this couple last forever and again, thank you for such an incredible performance Gaga.

Alright so there are something things that I will just never understand when it comes to Hollywood. The relationship between Robert Pattinson and Kristen Stewart is probably close to being at the very top of this list for many reasons.

1. She cheated on you bro, she cheated on you hard and she didn’t even try and hide it. Remember those weird pictures of her being hugged from behind by that creepy director? Then you guys got back together right in time for the final Twilight movie? Hm makes no sense to me!

2. They break up at least once a year for months at a time. Hey, if you want to be an on again off again couple that is absolutely fine with me. At this point though they have been dating for as long as they have been broken up, enough of this nonsense and make up ya damn mind kids!

3. Why Kristen Stewart? My theory is that she has a magical vagina that sings sweet melodies that only Robert Pattinson and dogs can hear. She seems like a wet blanket. She would be that girl at the party who stood in the corner and crossed her arms over her chest just looking around the party while Pattinson danced the night away. She would also be the girl to pull him away from talking to other girls even though she openly cheated on him.

Anyway this couple is apparently dating again and I know that Twilight fans are probably losing their shit. So I guess congrats even though she openly cheated on you and you kind of look like a little bitch right now.

Just a side note can you imagine how much Robert’s family probably dislikes K.Stew. I mean she made their son look like an absolute fool. Just a thought, I would love to be a fly on the wall at family gatherings.

I know that I want to make this a celebrity blog, that is my goal but when you see something like this you have to share it.

Can we just talk about how hot Austin Mahone is for a 17 year old. Now I am a few years older than him, 5, but who is counting? This tiny pop star is absolutely gorgeous with those blue eyes and amazing smile. I know I should probably tame my cougar love but I can’t, not right now. So this post is just basically me confessing my undying love for someone who isn’t even legal yet. When Bieber first came out I never found him attractive but Austin Mahone is like a Bieber with darker features, I can get behind that. This must have been how guys felt about the Olsen twins right? Just sitting there counting down the days until they were legal so you can openly love someone. As for now I will simply admit my love for him via this blog. I will sit here and listen to What About Love and wish that he was singing to me.