Shawn Mendes has come a very long way in the past year and he is commemorating it by releasing an album live from Madison Square Garden. It will drop on December 23rd just in time for the holidays.

In order to tease his album Shawn also released a video of him performing his nweest song “Mercy” in an empty Madison Square Garden, it is actually pretty powerful. Shawn’s vocal ability has grown so much and it is great to see and hear.

Shawn, boy you be killin’ ’em.

Two of my favorite female vocalists hang out in a bathroom and sing their duet. Yup, that’s what is going on here. JoJo and Alessia Cara team up with the Jin Joo from DNCE to sing their duet, in a bathroom. Everyone knows that bathrooms are acoustically perfect so it is pretty awesome.

I can’t lie I am a little mad that I wasn’t in that bathroom. Could you imagine just sitting there minding your business and then just hearing this? Let’s be real they probably made sure that no one was in there but still. It would be pretty amazing to sit there and listen to this live.

In case you didn’t know “I Can Only” is from JoJo’s recent album Mad Love, which you should download because it’s amazing.

Shout out to these two women showing off their raw vocal talent and shout out to Jin Joo for her bad ass guitar skills.

I am so damn obsessed with John Mayer and I can’t apologize for it. I mean he is seriously one of the best musicians in the last decade, you can agree with me that is totally fine. Although he has basically always stayed in the acoustic folk type of music, he still finds way to reinvent his music. One thing about him is that he is never boring.

Also, I have a massive crush on John Mayer. I know he is notorious for kind of treating women like shit, it makes no sense. He writes such beautiful music and in his interviews he is hilarious, that smile, and his weird guitar face, I love all of it!

He sounds exactly the same live too, so I have to give him credit for that. I am always impressed when that happens. 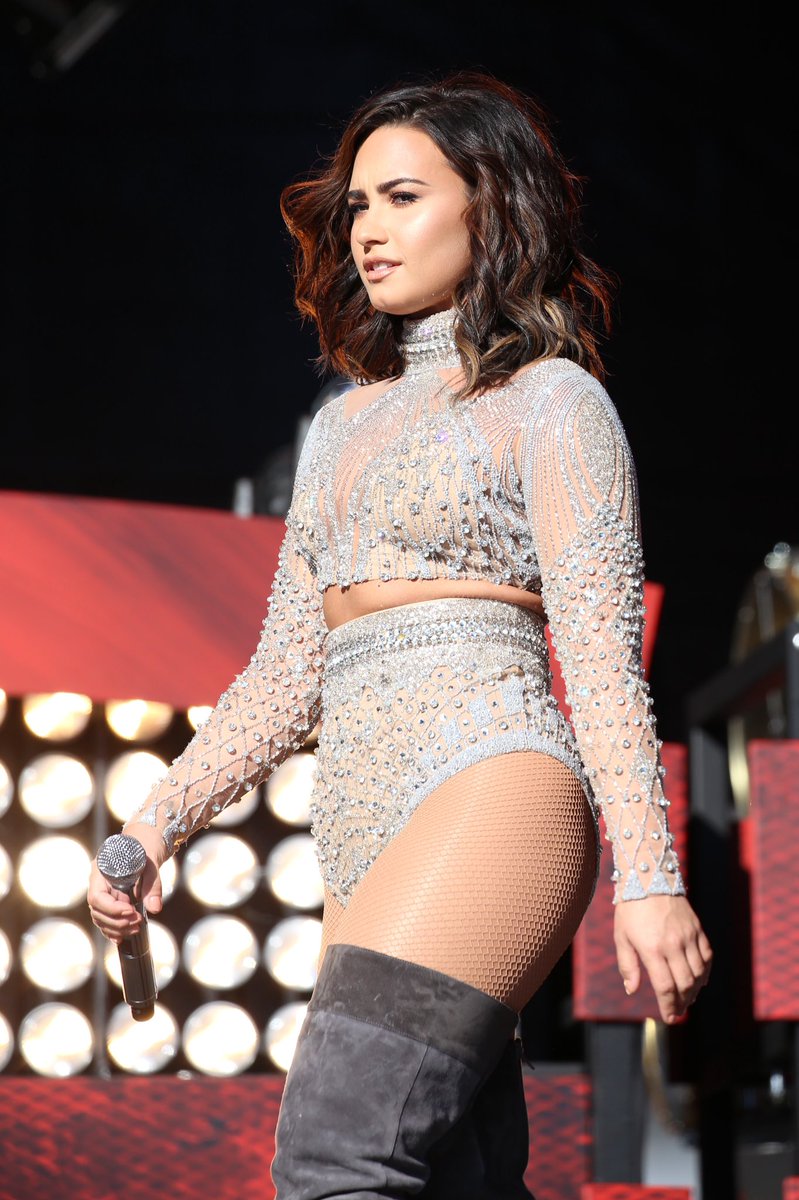 Over the weekend Demi Lovato performed at the Global Citizen festival and did was she does best. She slayed. She continues to prove that she has the best voice of any young female vocalist, but some how doesn’t get the commercial success that she deserves.

Okay, I will try not to be salty about that for the rest of the article though.

Demi had a twenty minute set that she absolutely crushed, she really did incredible. She looked great, sounded great, couldn’t ask for anything more from a performer with a powerhouse voice, right?

One of the highlights of her set was when she sang “Natural Woman”, my god. What an incredible cover. She has covered it before but this time, in my opinion it was the best performance of it yet.

Usher is back y’all and it is time to give his new music a chance. To be real, is ‘No Limit’ his best song on the new album? No. He has much better songs but people only want dance music now. So it’s your fault, not Usher’s fault.

Of course songs like “Yeah”, “U Got It Bad”, and “Burn” will always be classics. Always, but he needs new music to perform!

So please, give his music a chance because Usher is a legend. He also dances and sings live, so kudos to him for that.

I’m not crying, you’re crying. Okay, I am crying too. It’s okay, let’s all just cry together with Miranda, it’s not weird at all.

In case you can’t read the sign, it said “3 Tours of combat and your voice is the last thing I listened to every night”. No wonder why she couldn’t finish the song.

Such a beautiful moment.

Note to self, when you’re at a Rihanna concert don’t play PokemonGo.

Unless you have lived under a rock the past few weeks you know that PokemonGo has swept over the country, and looks like the world, like crazy. All ages of players are walking around, walking over memorials all to catch a Pikachu, hell some are even getting hit by cars for the little Pokemon characters!

Check out Rihanna telling the crowd what’s up at her show.
https://twitter.com/TheShadyFacts/status/757362619493777408
Visit: Celebrities Are Tragic || Facebook || Twitter 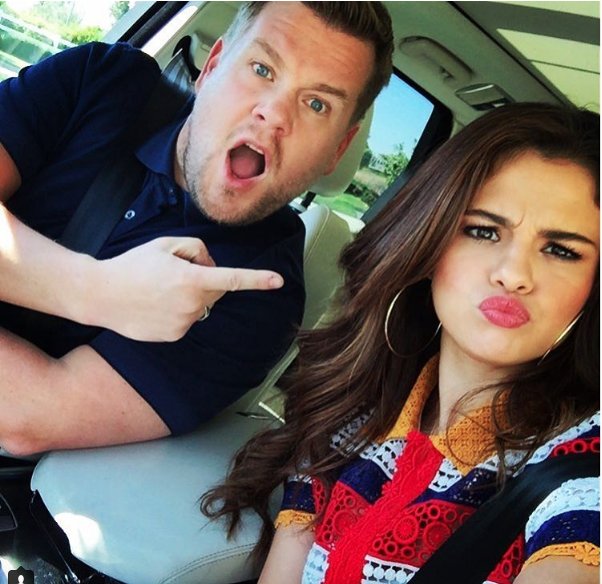 Selena Gomez has really grown on me over the past few months and I must say, this version of Carpool Karaoke is absolute gold. James’ voice wasn’t too on point, I think that we have found a singer that he doesn’t sound good singing.

Now do I think that Selena has the best voice? No, absolutely not but she is entertaining. She knows what she is doing, how to play up her personality for the cameras, something that you have to appreciate.

You know, I think my new like for Selena is because she has been clean and sober from Justin Bieber for a few months. If they got back to dating I won’t like her again, that simple.

You go Selena, keep winning people over with that personality!

Rihanna is an absolute legend, she has more number ones than any other artist of all time, she is a survivor of domestic abuse, and she has an incredible voice. Say what you will about her music but her voice is really out of this world. She also sings live! Something that a few musicians, I won’t name who, don’t do. So I respect the absolute hell out of that. Plus she is kind of a bad bitch and she just owns it.

Over the weekend she preformed in Cincinnati and while she was singing ‘FourFiveSeconds’ she handed a fan the microphone. Then the fan blew her away! Hell he blew everyone away! Rihanna’s facial expression was hilarious because clearly she wasn’t expecting that!

Good job sir for crushing the vocals and Rihanna, you looked flawless and you’re a queen. The end.