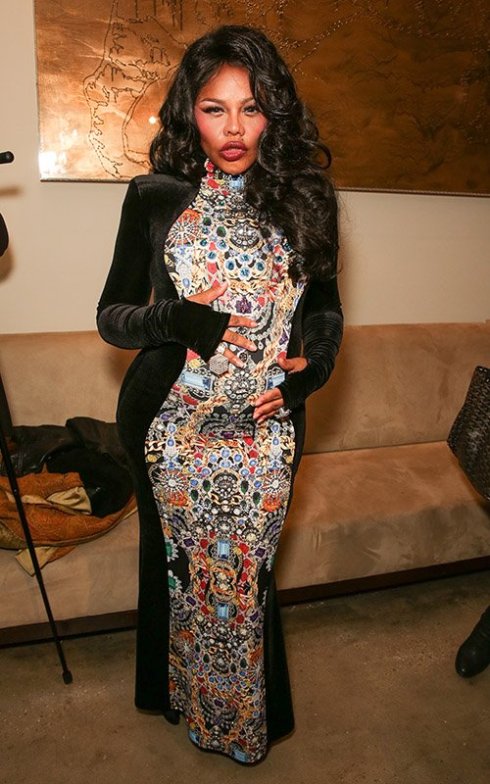 Today the 39 year old former rapper and sex symbol, current plastic surgery queen gave birth to her first child. Now I am going to be nice this post, I swear it. Well maybe I won’t be. I just wonder if the little girl will look like Lil Kim used to look which was beautiful! Go ahead and google how this woman used to look, she was the sexiest woman in rap at one time now she looks like half of her face melted.

Anyway! Kim named her daughter Royal Reign, was a bad ass name. I mean can you picture her just sitting there thinking about this and then saying it out loud. It just rolls off the tongue. Royal Reign, that is one bad ass name. No one will fuck with her because she is royalty and you will be banished from the playground!

She is clearly already prepping her daughter for a future rap career with a name like that and I am completely behind it! I am ready for Royal Reign to drop her first number one.

Honestly though, congrats to Lil’ Kim and her healthy baby girl!

So, when Bieber’s house was raided one of his friends ended up in the back of a police car because they found a drug called Molly. That friend is known as Lil’ Za the Bieber friend that is literally always in trouble. He was in trouble for speeding in Bieber’s car, he might have been the one who hit that paparazzi, I really don’t remember. He is the only who was throwing crazy parties at Bieber’s house when he was on tour though, that I am sure of.

This just makes you wonder if Lil’ Za is used to being the fall guy for Bieber’s escapades. He already had a bit of a reputation when it comes to anything related to Justin, do you think that he just did this for the guy? I am just going to say if there are drugs in the house usually the owner of the home knows it. I would say that if it is your best friend carrying some type of partying drugs, you will absolutely know it. So everyone knows this is just me thinking, none of these facts have been proven to be true or anything.

Then again Lil Za got arrested twice that day for breaking a phone in prison so obviously this guy has some anger issues.

It is clear that celebrities are usually above the law in most cases and I think that in this one, they pulled a fast one on the cops. Obviously Bieber doesn’t want to make his reputation look worse than it already does so why not stick the crime on a friend who is willing to take it? It is like that P.Diddy thing back when he was Puff Daddy and there was a gun shot in a club he was at. His friend obviously took the fall there.

All that I can say if this, if Bieber is letting his friends take the fall for his drug issues, he is worse than I though. At least admit that you are doing Molly, it is clear most of Hollywood is on it. Maybe he doesn’t want people to relate Selena and the drug Molly since they have been spending so much time together? I really have absolutely no idea.I just know it is time for someone to grow up.

“Honestly, the media is making me someone I’m not,” he tweeted. “But only those in my shoes can relate. … These ppl get paid to make you look bad.”

Lil Za added, “Some stuff I’ve done has been wrong yes. but look at the position I’m in and the color of my skin. Cocaine? Really? All this time I was home in tx nobody gave a f-ck about what Za is doing ..soon as he gets to La he’s all over the news.”

Read more: http://www.justjaredjr.com/2014/01/16/lil-za-post-arrest-twitter-rant/#ixzz2qZlHNxWb
Is he really trying to blame the color of his skin on this situation? Honestly people know who you are because you are friends with Justin Bieber. If you didn’t want your name in the news you should’ve picked a different celebrity to suck the life out of.