Huge fan of these books and movies! Jennifer Lawrence slays as Katniss. Nothing more to say but can’t wait to see it!

If you haven’t read the books and still don’t know the ending well you are in for a surprise that is for sure.

Can I also say I am so happy they kept Effie in the movies, she is a legend. 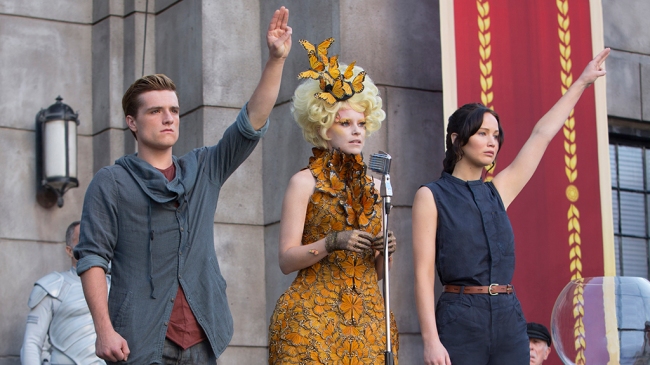 The odds are ever in their favor when it comes to the sequel to the box office favorite and best selling book series The Hunger Games. I mean did anyone expect anything different though? This story, yes I have read the books and no I wont ruin it, is a story about what it is to have to survive. With a heroine like Katniss Everdeen and a bitch like Peeta there will of course be a lot to look forward to in this movie. The casting was pretty much point and I will say the acting was just as good.

I would suggest reading the book instead of watching the movie because you will sit there thinking, the fuck is going on?!

Anyway I would give this movie a solid A, not an A+ just because some things were a little bit off but hey, it was still awesome. It is also much better than watching a movie where a girl is torn between an animal and a dead person…ya feeeeel me?!