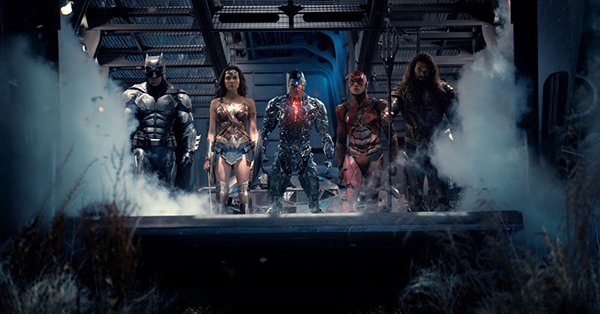 Although I didn’t grow up reading comic books or anything like that, I am all here for superhero movies. I think that most of them are actually really entertaining.

We all know that ‘The Avengers’ have been taking over box office records but this movie looks like it could definitely be a contender. I know that DC has had a bit of trouble with movies since their Superman against Batman movie kind of tanked.

So yeah, I think this movie will do great. Jason Momoa is in it, that’s enough of a reason for me to see it.

It has been very well documented that J.K. Simmons can step into just about any role and do a great job with it. He won an Oscar for his performance in ‘Whiplash’ and he is one of the most reputable actors out there.

At 61 though he decided to go through a complete body transformation and I don’t know how I feel about it. Obviously it is awesome that he is getting into such good shape, but I feel like he looks like a photoshopped picture. A big old Santa beard and guns that could be illegal in some states.

The actor is set to play Commissioner James Gordon in the upcoming “Justice League” movie, where he will be playing alongside Henry Cavill, Jason Momoa, and Ben Affleck, so I get why he wants to buff up.

You go J.K. Simmons! You keep getting buff even though I am kind of terrified about it but you do your thing!