Many people are aware that three years ago there was an act of terrorism on the beloved Boston Marathon, also known as Patriot’s Day in Massachusetts. Two brothers set down bombs and well, chaos followed. Hundreds of people hurt, three dead, and so many emotional scars that not many people can understand. Now, one of the bombing survivors Jeff Bauman is making his book ‘Stronger’ into a film and Jake Gyllenhaal will be playing Jeff.

Most people are getting confused, saying that Jake is starring in the ‘Patriot’s Day’ movie that Mark Wahlberg is filming but he isn’t. This movie is different. This movie Jake is working next to Jeff to make sure that the movie is coming from the right place. Mark’s movie has already been said to be released early for award season, very rushed, all for an Oscar. No talk about that with Jake and Jeff’s movie.

Anyway, today Jeff and Jake took the mound to throw out the ceremonial first pitch. They walked out together and threw the ball together, truly incredible stuff. The two have reportedly grown very close during the filming.

All that I can say is thank you to Jeff for being such a symbol of strength and hope. During a time when the city of Boston needed hope, you and hundreds of other survivors showed us that acts of kindness can always silence the screams of hatred.

Happy Patriot’s Day Boston, and I am glad that we can all run again. 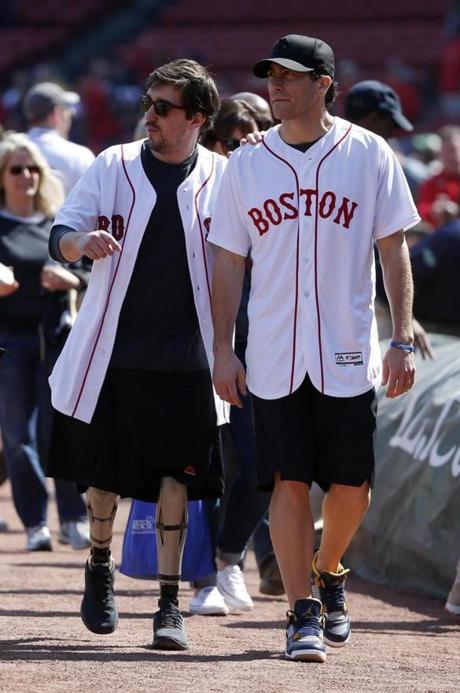 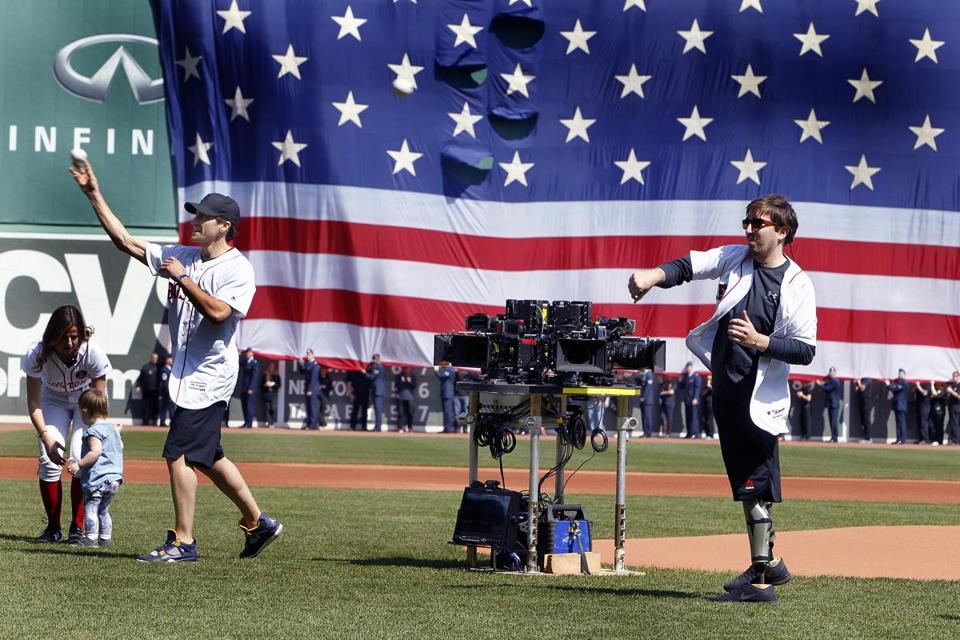