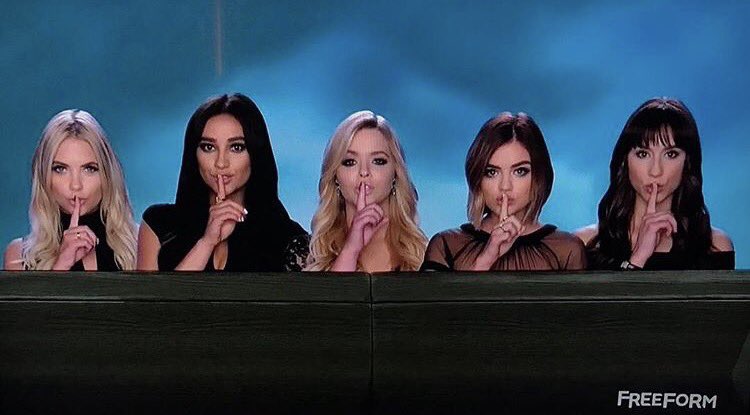 Now that I have had time to process the finale of ‘Pretty Little Liars’, a show that definitely went on longer than anyone thought it would, I have some thoughts.

This post contains spoilers so if you don’t want the series to be spoiled, keep scrolling.

There is your warning!

Okay, last night we were almost tricked into thinking that A.D. was Melissa, but we all knew that they wouldn’t give away the big reveal like 20 minutes into the finale. That would be stupid.

Marlene King then tried to trick us into thinking that A.D. was Mona, again, we already knew that wasn’t going to happen.

Before we get to the big reveal let’s talk about the first hour of the show.

It was okay, I mean it was like most other ‘Pretty Little Liars’ episodes, some suspense, some humor. It was great.

Then, Aria starts freaking out that she can’t marry Ezra, which was kind of out of the blue. Let’s be clear, I love Ezria as a couple even though their relationship was super illegal for most of the series.

Okay, I don’t really want to go blow by blow of the whole episode so I won’t.

The best part of the entire episode happened at Aria’s wedding rehearsal when all the moms got drunk. Honestly, the moms were probably one of my favorite parts of the show I mean I love Mrs.Marin. So watching them all get drunk and making Spencer drive them home? That’s fucking awesome, so I am glad that happened.

Then at the start of hour two we found out who the real A.D. was, Alex Drake, Spencer’s twin sister. That’s right while Spencer was being tormented in the United States she had a twin sister living it up as a bartender in England.

I hated that storyline, I just wanted to say that. The twin storyline leaves so many fucking plot holes!

Marlene just couldn’t make up her fucking mind and instead of making any kind of sense of this show, she decided to give Spencer a twin and make her have an accent.

From what I gathered, Charlotte was always A but once Charlotte died, Alex took over.

Truthfully I didn’t have very high expectations of the finale because if you’ve watched this show at all you knew that there were constantly plot holes that writers wanted to move on from.

The show was still iconic, people will still talk about it for years to come but I would say this is one of my biggest let downs of a series finale. The biggest of course being ‘Gossip Girl’ but I don’t even want to talk about that.

Although she wont I think that Troian deserves some actual awards for her acting in the finale. I mean, Teen Choice Awards are great but she deserves more.

Thank you PLL for constantly pissing me off but always making me come back for more, I will miss our love/hate relationship.

Welp, it is official, ‘Pretty Little Liars’ has wrapped for good. The cast has officially said their goodbyes and it’s kind of heartbreaking.  A show that was a staple for television in the young adult category is officially over, and now what? We have to wait and see who Uber A is and then it is all done.

The cast has been very vocal on Instagram about their final day so I have put together all of the posts that I could find, so you could find them all in one spot.

Get your tissues ready.

The day has come to say goodbye to my second home, a character that helped shaped me and so many people who mean the world to me. Bittersweet feelings today, but so proud of what we've done. ❤️

From the first episode (this photo) until now … goodbye Aria. You became a huge part of my life and a part of my identity in a way. I'll miss you , your wacky wardrobe, your ability to do anything for love and your friends. Forever in my heart!!

This guy made my job and life so fun. Thank you @ianmharding for being you. Cherish you always.

My love for this woman knows no bounds. Marlene- you changed my life. This isn't goodbye for us ❤️❤️ @imarleneking

I can't believe that the day has come. In a couple of hours I'll be going to work for the last time at my second home. Although this day will be filled with happy and sad tears, I'll be forever grateful to share them with the ones I've come to call family. #pllfamily

When you get to your last day of work on @prettylittleliars and @halfadams writes you an email as Spencer… saying thank you and goodbye. I had no idea how hard this would be.

I have kept so little in this room over the years, by Patti and Lo have been here through all of it. I guess I had hopes it would make it easy to pack up when the end came. Well, It took very little time but nothing about the packing was felt easy. Goodbye room (and my home for 7 years). Be good to the next girl. Whoever she is. 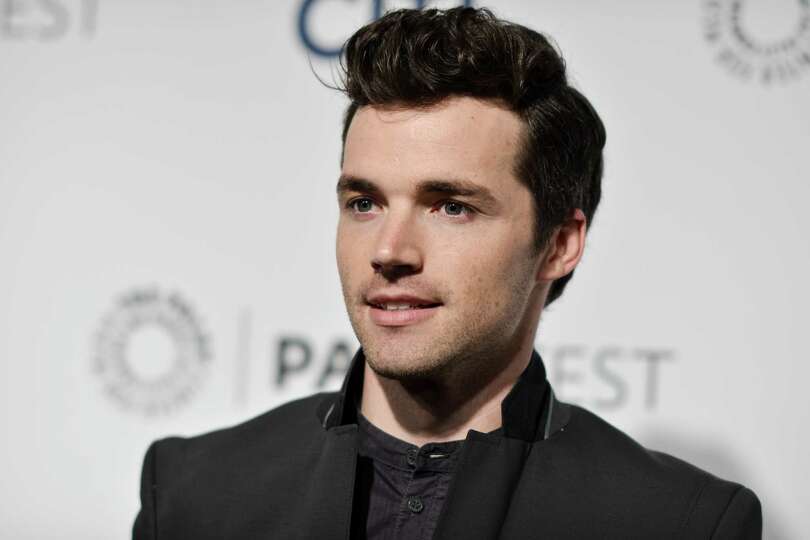 In honor of ‘Pretty Little Liars’ I have decided to finally nominated someone I have been meaning to nominated for a while, Ian Harding. Honestly PLL is my guilty pleasure. I don’t like to admit how much I enjoy the show, but I love it. I love the twists, I love everything about, except for when A was revealed because that was miserable. If you are still binge watching on Netflix I won’t ruin it for you.

Ian Harding is probably one of my favorite parts of the show though. He reminds me of a Ken doll, just perfect. Is that a weird thing to say? Probably but I just don’t care. He has a great jawline, that perfect just woke up hairstyle, and his blue eyes are absolutely gorgeous. You can’t go wrong with any of that.

Not only is Ian an absolute babe, he also does a lot for charity. He is always posting about raising money for Lupus and how he is involved in different organizations. He is beautiful and has a good heart, how can you go wrong? The answer is that you can’t.

I just want to add, I am praying that Fitz and Aria end up together, anyone else?

Oh PLL, one of the best looking casts of all time. I swear from on screen to off screen, they always look good. Now Troian may have had a bit of a miss on the carpet but hey, she is gorgeous so does it really matter?

The cast took home the award for Favorite Cable TV Drama, which they deserve. This show is absolutely insane and I think that it is very well deserved that they win.

The best part of the entire night though? Our girl Troian flipping off the camera when they asked her to wrap it up. Immediately after her speech was cut short, but this moment will forever live in gif form.

Can we also just take a moment to appreciate how beautiful Ian Harding in? My lord he looks like a Ken doll and I love him every single second for it.