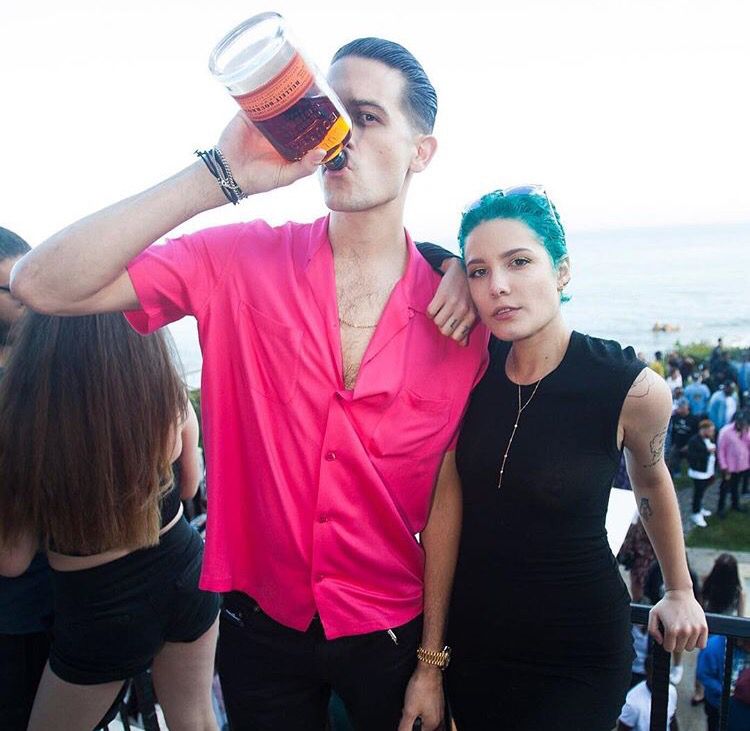 Within the past month or so there have been a ton of rumors about Halsey and G-Eazy dating.

She was on stage with him recently at one of those bar concerts that Bud Light sponsors and apparently the two were hot and heavy there. Just straight up making out without a care in the world!

Last I knew, Halsey was close with Machine Gun Kelly and G-Eazy was dating Lana Del Rey, so I was a bit skeptical about the whole thing.

Today both Halsey and Eazy posted the same exact photo on their Instagrams. So that can only mean one thing right? They just made their relationship social media official.

Now I do know that these two have a song coming out on his new album, so I mean, this will definitely get buzz around the song.  Although, they have been close friends for a while now.

I guess only time will tell!

So I have to ask, are you here for this new couple?

Well it looks like G-Eazy and Lana Del Rey are starting to get a bit more serious. The couple were spotted getting close at Coachella but last night they were spotted leaving a club together.

Since Coachella they have been spotted a few times but this is a clear photo of the two leaving together.

Neither of them have confirmed or denied their relationship status but it looks like they are starting to heat up a bit.

This is my summer song. I am calling it right now, I needed a good boppy song for this summer and here it is! I feel like it won’t get much radio play which is a damn shame but I am all about this song.

Don’t worry Kehlani and G-Eazy I will be your street team with this song.

The best line in the song? Raise up a cup for all of my day ones!

There is no way that you can listen to this song without a smile, it’s a scientific fact.

Just so you know, you can get this song on the ‘Fast 8’ soundtrack!

You have been blessed, that is all that I can say.

Britney  aka Godney, you are amazing.

This era is going to be dope.

I always write, Britney’s back, but let’s be real, since about 2009, Britney has never left. Britney is just such an icon that she will never truly fall off, after her comeback from the rough year which was 2007, she proved time and time again that she can put out hit after hit.

So at midnight, Britney released her highly anticipated single ‘Make Me (Ohh)’ and it is already number one in 41 countries. That’s right. Britney is running the world again.

The best part of it, she knocked Justin Timberlake off of his number one spot. Ah, sweet revenge.

Check it out and fall in love!