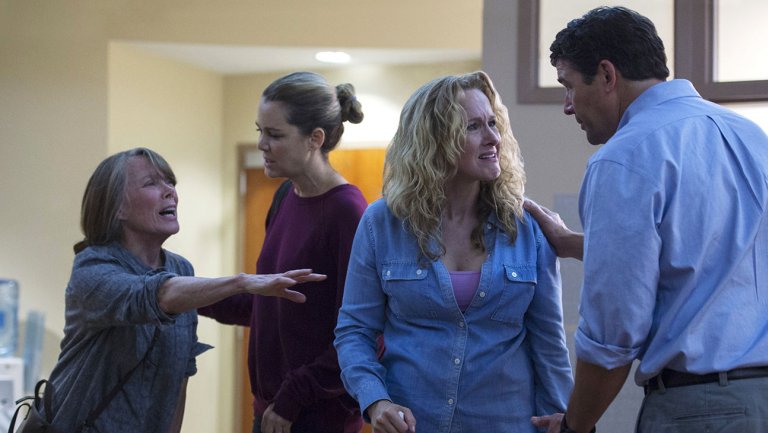 One of the most underrated shows on Netflix is definitely ‘Bloodline’. It is very slow at times but the acting and writing for the show are absolutely insane.

That is the only way that I can explain this show to anyone, insanity.

In reality it is about what happens when a black sheep returns back to the herd and makes everyone’s lives absolutely miserable. There are so many twists and turns in this show, it definitely keeps you on edge.

This final season looks like it could potentially be the darkest season yet.

Get ready to binge watch on May 26th!

The end is near. pic.twitter.com/HQHsn7OuKC

Are you excited for the new season?

Have you ever watched a show and had absolutely no idea what was going on?

‘The Leftovers’ is definitely one of those shows for me. I have watched every season and I still have no idea what is going to happen. Maybe that is the point though? Maybe finally this final season will wrap everything up!

Obviously I love the shirtless Justin Theroux but the trailer is so bizarre which is exactly what this show is. It is super dark but the background music is so upbeat. Bizarre, all of it.

So check out the trailer below!

The end is near. The final season of #TheLeftovers premieres 4/16 at 9PM. pic.twitter.com/S1Nxb93wPU 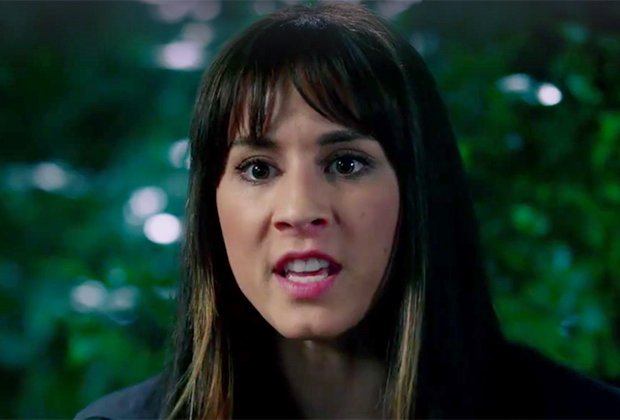 Well ‘Pretty Little Liars‘ is coming to and end and the final ten episodes look like they are going to be pretty insane. I really thought that I. Marlene King would end this series by doing an made for television movie or something like that, but there hasn’t been any confirmation there.

Judging by this clip, Hannah still can’t spell, Caleb and Jenna get into a dispute, and Spencer is very upset with someone. Last season left us with a lot of cliff hangers which I won’t spoil if you haven’t caught up. There was a lot to absorb that’s for sure.

Considering the show has the worst timeline ever though, I am hoping that these last ten episodes can wrap up all of the plot holes and make it all make sense. Even though it probably won’t we can dream!

Oh my god, I am not crying, you are crying! No, I am actually really crying, holy moly. I noticed that Shay hadn’t been posting much on social media about “Pretty Little Liars” but clearly she was just holding back until this moment.

I have nothing to say about this. This is a beautiful heartfelt letter that she clearly took a lot of time writing this letter, and she was raw and read in this goodbye.

Thank you Shay for reading this, it is truly beautiful.

Welp, it is official, ‘Pretty Little Liars’ has wrapped for good. The cast has officially said their goodbyes and it’s kind of heartbreaking.  A show that was a staple for television in the young adult category is officially over, and now what? We have to wait and see who Uber A is and then it is all done.

The cast has been very vocal on Instagram about their final day so I have put together all of the posts that I could find, so you could find them all in one spot.

Get your tissues ready.

The day has come to say goodbye to my second home, a character that helped shaped me and so many people who mean the world to me. Bittersweet feelings today, but so proud of what we've done. ❤️

From the first episode (this photo) until now … goodbye Aria. You became a huge part of my life and a part of my identity in a way. I'll miss you , your wacky wardrobe, your ability to do anything for love and your friends. Forever in my heart!!

This guy made my job and life so fun. Thank you @ianmharding for being you. Cherish you always.

My love for this woman knows no bounds. Marlene- you changed my life. This isn't goodbye for us ❤️❤️ @imarleneking

I can't believe that the day has come. In a couple of hours I'll be going to work for the last time at my second home. Although this day will be filled with happy and sad tears, I'll be forever grateful to share them with the ones I've come to call family. #pllfamily

When you get to your last day of work on @prettylittleliars and @halfadams writes you an email as Spencer… saying thank you and goodbye. I had no idea how hard this would be.

I have kept so little in this room over the years, by Patti and Lo have been here through all of it. I guess I had hopes it would make it easy to pack up when the end came. Well, It took very little time but nothing about the packing was felt easy. Goodbye room (and my home for 7 years). Be good to the next girl. Whoever she is. 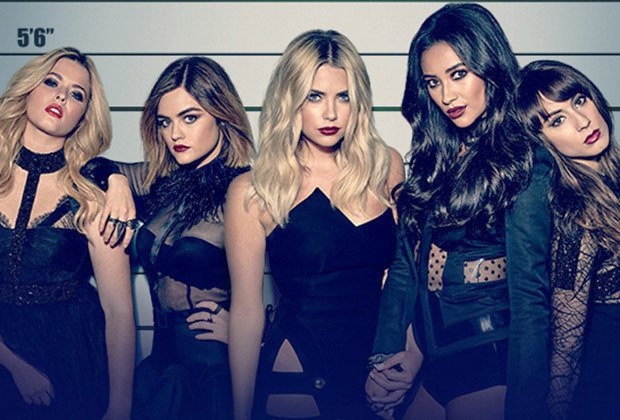 Finally. Listen, I have watched “Pretty Little Liars” since the beginning, even when I said I didn’t want to get involved with another show, I got involved. This show started off very good, very suspenseful, and just awesome. Right? Now it is a show filled with plot holes and weird twists that don’t even need to be there. Marlene King, I know you’re really going with this whole thriller thing, but like, make some damn sense.

So the summer finale will happen tonight (August 30th), and then the show will be back in April for it’s final season. My guess is that they will probably end up leaving it with a cliff hanger then make a movie or something. They promised that all questions will be answered, which I hope so. How you gonna make incest okay Marlene? That is the question I want to know. If you don’t know what I’m talking about, Cece and Jason, think about it.

Also, Aria is involved with the A team, I have said it since the second season. If I am wrong, I don’t know what to think.

My final thought, I hope we see Toian Bellisario in more stuff, her acting ability is far too great for this show.

It is kind of crazy to think that ‘The Vampire Diaries‘ started 8 years ago. I guess it doesn’t seem like it has really been all that long to me. It started up during the crazy of ‘Twilight’ but was able to continue once the whole vampire love story thing settled down through most of the world. ‘The Vampire Diaries’ were able to continue their story even after losing the main character, Nina Dobrev.

Alright, now honestly I am glad that the show is getting the proper ending, simply because the past few seasons have been rough. Most shows end up like that, it is almost like the writers need new material, which makes sense, but it just doesn’t mesh with the show.

This show does deserve the proper goodbye. It deserves a proper final season and it is nice that The CW is willing to give it to them.

The cast and production did a goodbye video, and I did not cry (yes I am lying).

If there is one thing that I could change about this show is probably the fact the show broke up a bit for ‘The Originals’ to start. Matt and Rebekkah should’ve been end game, that’s all.

Thank you for the great 7 seasons though and I can’t wait to see how it all ends!