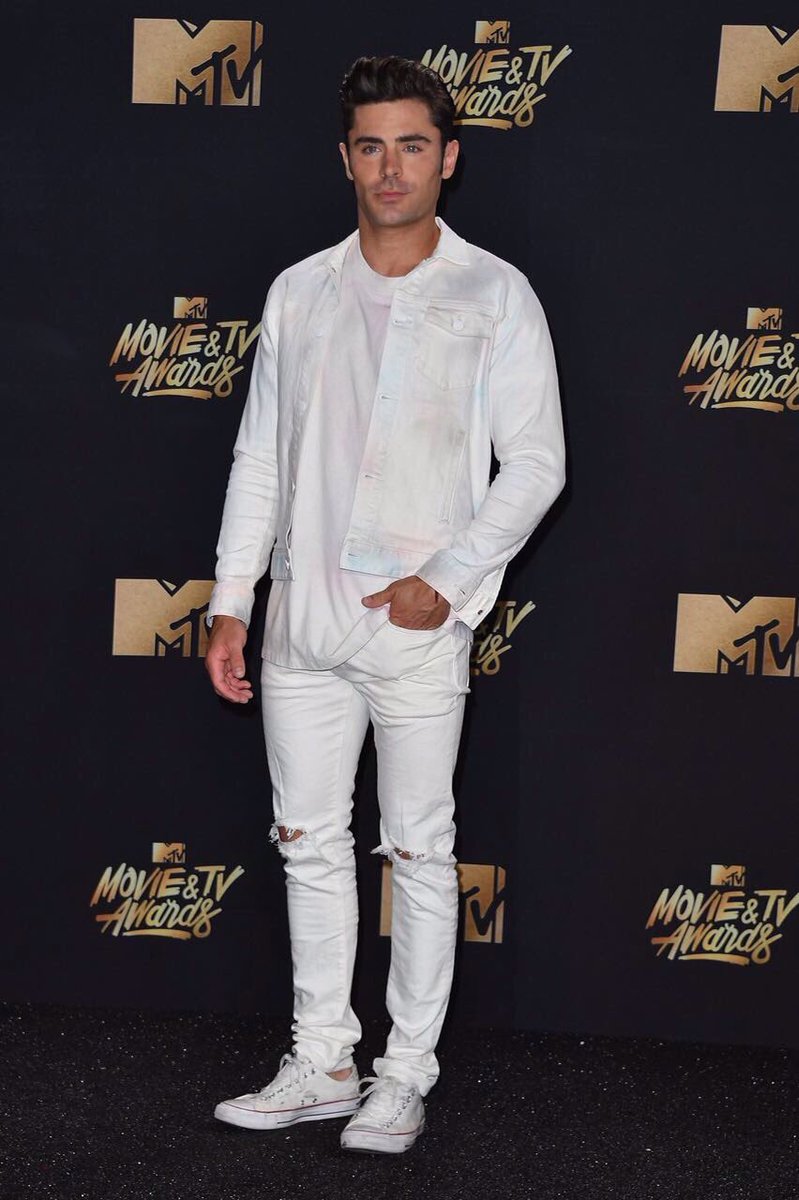 So about a week ago I asked the world if we were ready for the new musical coming out sometime next year called ‘The Greatest Showman’. So far all that we know is that both Hugh Jackman and Zac Efron are in it, there will be singing and dancing, and they are currently filming and posting a ton of pictures on social media about the process.

Well let me be clear about something. We are not ready for this musical, do you hear me? In no possible way are we ready because Zac is singing again. Although he did lip sync in the first ‘High School Musical‘ movie, the boy can really sing. He proved it in the other installments of the HSM movies, he sang in ‘Hairspray’, and one time he sang on ‘Ellen‘ with Taylor Swift. So homeboy  can sing.

A movie full of Zac Efron singing and dancing though? There is seriously nothing better than that in my personal opinion. I am barely ready for this movie because I don’t know if my heart can handle it.

Are you excited to hear Zac singing?

This is going to be one of the hottest movies of all time, I don’t even care. Sure I wish Nina Dobrev ended up joining but Dwanye Johnson and Zac Efron are both in my top five. I don’t have a type obviously.

I can’t wait to see slow motion shots of Dwayne and Zac running down the beach. I also know that there will be a ton of photos shared from this set, so stay tuned with me and you will see them all! A ton of shirtless, sexy photos of Zac and Dwayne. My lawd!

Next Zac I would like a shirtless picture just so we can all know that his eight pack is staying nice and intact. Alright Zac? I need proof.

God bless Zac Efron and his perfect body. There is really no story here, I just want to appreciate this man. God knew what he was doing when it came to Efron. I mean, have mercyyyy!

I wish Zac only filmed movies in Hawaii because of all these hot ass shirtless pictures.

Thank you Zac for looking the way that you do, I love you.

Thank you JustJared.com for posting these pictures because I have never been so excited to watch anyone golf in my life. Golf is by far the most boring sport on the planet but with Efron playing, well I could watch it all day.

Is there anyone hotter than Zac Efron? No really, I am wondering because I dont’t think that there is. Channing Tatum is up there but Efron, there is just something about him. Maybe it is those bulging muscles, his blue eyes, or the fact we know he is a bad boy but tried to hide it for so long. Alright he is a reformed bad boy.

Today the Lord has decided to bless us with this picture of Zac Efron wearing nude colored briefs and looking insanely perfect. He is currently filming a movie with Robert Di Nero and it should be hilarious. I mean who would have thought that Zac would take the turn into comedy? I really thought that he would end up being a romantic comedy type guy, but actual comedy is always god too. Especially when I am going to assume that he is trying to do a nude scene or some sort. I am all about this!

So take a good look, and I can’t wait to see those buns of steel up on the big screen! He was also seen rocking a badass fringe crop top. I never thought I would be attracted to a man in a crop top, yet here I am.

So while everyone is mourning the fact that Ryan Gosling is going to be a father, I am over here having trouble with the fact Zac Efron is still in Italy with Michelle Rodriguez. What is happening?! Zac why are you breaking my heart with these kind of photos? I mean a picture of them kissing on a boat could easily just be a drunk kiss. Although hopefully not drunk on Zac’s part since he needs to stay sober. Just a little mistake. Then I see photos like the one above. They look like a damn couple.

This is my theory on these two. So Zac is still in love with Vanessa Hudgens, well maybe he is, I think that he is. Michelle looks like Vanessa just about ten years older with a few years of partying. So he figured that it could a good reminder of his ex.

I don’t know. I don’t think that Michelle is part of the whole twelve step program that Zac should be following considering there are photos of her just pounding drink after drink.

I do think that this is some kind of publicity stunt though. Zac has always been very private about his life and I don’t know why he is deciding to show this so freely. I smell something fishy going on. Very Fishy.

Well file this thing under things that I wish I could never see. Today I was minding my own business checking out TMZ and boom, this is the first thing that I saw. Well I wasn’t expecting this little hook up that was for sure. I can’t lie, things were a little fishy when they were hanging out in Italy but I didn’t see this coming. It has nothing to do with the nine year age gap either, I mean I thought that Michelle was a lesbian. She has had many different girlfriends in the past and I really thought that was that.

Michelle is easily the luckiest  woman in the world at the moment, that is for sure. She is lounging in Italy with Zac Efron just doing her thing and not giving any fucks what so ever. What does this say about Zac though? He just made her interested in men again, there you go Zac!

I do hope that this isn’t actually a relationship, more of just a little fling thing. Also I hope that Zac is staying on the wagon since Michelle is known for her partying ways.

Let’s hope that within a week I am saying that this little fling is over!