Damn I am so sorry for the long title but I wanted to get it all out there.

Can you blame me? It is always incredible to see men standing up for women’s rights. For some reason people think that Planned Parenthood only does abortions and there is no other use for the government funded clinic. They also give out mammograms, they help with UTIs, they give out birth control, and the list goes on. Also to those who talk about how they don’t want their tax dollars going towards it, well cool, I don’t want my taxes to go to a fucking wall but here we are.

That’s a rant for a different day though.

Let’s talk about sweet baby angel Zach Gilford who played the lovable Matt Saracen on ‘Friday Night Lights’. He is out there doing the damn thing and standing up for what he believes is right.

His message is simple. “The fact that an organization such as Planned Parenthood, which does so much good for women’s health, has been caught in the cross hairs of a sexist government sickens me. This feels like one little thing I can do to support. Please join me.”

So if you want to join him, which I hope you will because I am planning on donating once I get my paycheck, click here.

Thank you for being an ally Zach.

It must be pretty awesome when you can donate an enormous gift in honor of your father to the town that raised you. Was that too wordy of a sentence? Maybe.

“I was raised by one of the toughest SOBs on the planet. Dan Pratt made me who I am. He was a funny, thick skinned, hard working man who commanded respect for authority. My dad coached me and so many other kids in Lake Stevens in every sport and was a pillar of his community. He affected a lot of young men. Ask anyone who knew him, he was a certified bad ass. And now his memorial teen center will help keep kids out of trouble for many years to come. His legacy will live on” Chris said on his Facebook page. 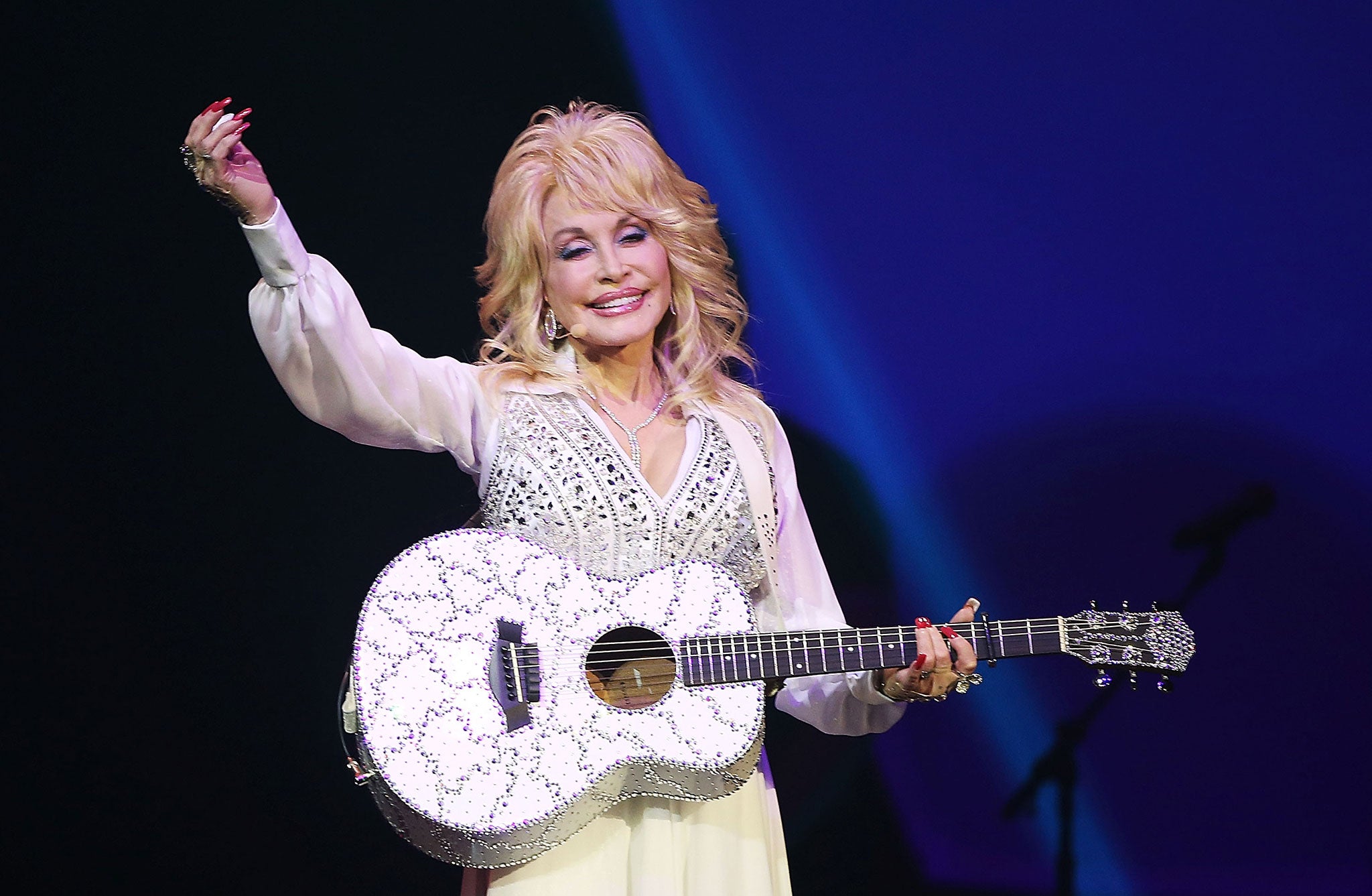 I have to give country stars credit. Whenever something happens in Tennessee they always seem to be there to give a helping hand. I remember back when Nashville was flooded completely country singers all got together to raise money and help the community.

Right now Gatlinburg, TN is dealing with horrific wildfires that don’t seem to be settling down at all.  People are losing everything to these wildfires, entire towns wiped out, it is truly heartbreaking. So far 7 people are died and 45 have been injured, but they expect both of those numbers to climb over the next few days.

On her website she explained that she would  use online donations and money from her foundation and her extensive business interests to provide for these families for six months.

“I have always believed that charity begins at home,” Dolly explained in her video. “And that’s why I’ve asked my Dollywood Companies — including the Dollywood Theme Park; the DreamMore Resort; my dinner theater attractions including Dixie Stampede and Lumberjack Adventure; plus my Dollywood Foundation to help me establish a ‘My People Fund.’ Dolly went on to explain, “And to recover, we want to make sure that the Dollywood Foundation provides $1,000 a month to all of those families that have lost their homes in the fires until they get back up on their feet. I know it has been a trying time for my people, and this assistance will help.”

Thank you for doing such great work Dolly. The people that have lost everything will absolutely appreciate anything I am sure of it.

It’s the holidays, make sure to check back on Dolly’s website and donate a little bit. You’ll help someone and feel better about yourself.

Shakira, Shakira! Look at her go and do something incredible with her money. I feel like people forget that Shakira is one of the biggest artists in the world, and her global success defintiely brings her in millions every year. Now I know that rich people donate to charity for tax write offs, everyone knows that. Atl east she is putting her money somewhere good though. I always love to see celebrities and wealthy people put their money towards acts of kindness, even if it is a tax break.

This is quite the donation though, right? Shakira is coming in big with the $15 million donated while Facebook doesn’t even make a profile picture filter to help support the country that has been left in shambles.

To help those affected by Hurricane Matthew, visit redcross.org or text REDCROSS to 90999 to donate $10. I just donated 100k. Please give whatever you can.

Chelsea Handler rarely announced when she donates which is why I wanted to write about this. She is one of the most charitable celebrities who people don’t really talk about much. So I want to talk about it!

Obviously Hurricane Matthew hit the Caribbean and Florida hard, and there is going to be a ton of cleanup, unfortunately people did lose their lives due to the storm, so we should help! We should donate anything we can in order to help those in need!

I know there are some people who aren’t a big fan of the Red Cross, go find another way to help. Any donate will help!

This story originally appeared on PEOPLE.com.

Love her or hate her you can’t disagree with me that Taylor does put her time and money into charities and helping others. This isn’t the first time that she has donated to a cause and even though Demi Lovato called her out, saying that actions speak louder than money, money helps a lot too. Especially in events like this. Helping provide shelter, food, and other aid at a time in need is extremely important.

In a statement released on Tuesday, Taylor spoke with the Associated Press explaining that Louisiana has always welcomed her with open arms.

“We began The 1989 World Tour in Louisiana, and the wonderful fans there made us feel completely at home. The fact that so many people in Louisiana have been forced out of their own homes this week is heartbreaking,I encourage those who can to help out and send your love and prayers their way during this devastating time.”

I know that people say that their thoughts and prayers are with the people of Louisiana at this time, as some people lose literally everything they own but the clothing on their back. Be sure to donate if possible though, it is very important to help those in need.

You can donate here, here, and if you don’t have the money to donate, check out this article to learn how you can help more.

A dog may be man’s best friend, but Carrie Underwood may just be a dog’s best friend. The country star has donated an autographed guitar to help pay the medical bills for a K-9 officer in her hometown of Checotah, Oklahoma.

According to the Muskogee Phoenix, Underwood gave the signed guitar in support of Gino, a track, apprehension and narcotics detection dog in the McIntosh County Sheriff’s Department. In December, Gino went to the vet for a simple ear surgery and teeth cleaning when his pre-op blood work revealed he had heart worms from a mosquito bite that summer.

“We’ve been going to vets for months, and we’ll be done with treatment in May,” says Gino’s police partner and owner, Kevin Branscum. “Treatment includes pills and injections. We started a pill which he has to take for 30 days, and he has 120 pills to take.”

Other than the pill regimen, Gino also has to have three medical injections starting in March. Branscum says he’s already spent over $4,000 to care for the police dog. Since Gino is privately owned, the sheriff’s department can’t help with his increasing medical bills. But as the community of Checotah has learned his story, they have rallied around Gino and Branscum to provide support. And that includes their most famous resident.

When Underwood heard Gino and Branscum’s story, she sprang into action to help the ailing pup. The “Something in the Water” singer donated two guitars — one specifically for Gino’s medical bills and one for the Eufaula Fire Department to help raise even more funds.

“I’m grateful,” says Branscum, who’s been teamed up with Gino since 2012. “There’s really no words for it. It’s awesome. Being that she’s from around here makes it even that much more special. I was definitely surprised.”

Branscum may have been surprised, but for anyone who knows Underwood, this is just another example of her love and advocacy for the animal kingdom. In 2011, she funded the establishment of an animal shelter in her hometown, and last January, she posted a hilarious Vine video about getting poop on her shoulder while volunteering.

Alright so I know that the article posted above is longer than the normal ones I post on then write about but I thought that it was pretty important. Let’s just take a minute to not only commend Carrie Underwood for her helping out the officer and his dog, but also thank that officer and dog. A lot of people hate cops lately, and I understand that there are some that probably use their power for evil rather than good. Some cops are good, some are bad, just like everything. So I want to thank the officer for doing what he does, and thank his dog for doing what he does as well.

Let’s be real right now though, I think that Carrie Underwood is an angel. I mean she is easily one of the most adorable celebrities in the world. She can sing her ass off, she donates to charity, oh and she is never really in the media. The only time I can really think about her being in tabloids was when Chace Crawford broke up with her via text, I bet he is regretting that now!

Big kudos to Carrie though for using her celebrity for good. She is a huge animal lover as most of her fans know and she decided to help an animal in need, just such an incredible heart.

Good for you Carrie, it is truly amazing how you have never forgot anything about your hometown. Here’s to hoping that this pup can feel better soon too!