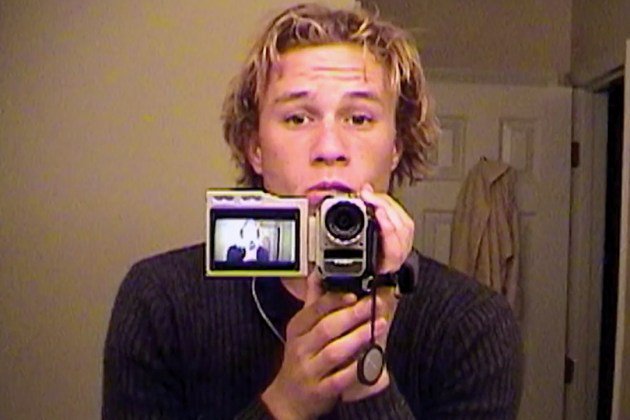 Justin Timberlake is finally releasing a big concert experience that we have all been waiting for. Instead of going the Taylor Swift route and releasing it exclusively on Apple Music, he decided to go with Netflix! Which will make it much more available, which is awesome!

This goes all the way back to the 20/20 Experience Tour that he went on for what seemed like forever. He started in 2013 and I believe it ended sometime in 2015 or at the very end of 2014. Should be great though. One thing about Justin is that he sings live, he can dance, and he is just a straight up entertainer.

I have a feeling that this is going to be a huge success for him, like most of the things he is involved with (other than trying to be an actor, SNL doesn’t count).

October 12th, you know what I will be doing!

Let the groove get in. Justin Timberlake and the Tennessee Kids arrive on Netflix October 12. pic.twitter.com/cPeJoT6P84

Chelsea Handler is going there. In this new four-part documentary series, Handler is asking the questions that we all have, but are too afraid to ask. Delving into topics that fascinate her: marriage, racism, Silicon Valley, and drugs– she goes after answers, all with her wry and unique sense of humor. Chelsea Does… premieres January 22, only on Netflix.

I will be one of the first people to say that Chelsea Handler is  personal hero of mine. She is the reason I started this blog. Her show ‘Chelsea Lately’ was one of my all time favorite things but I think I am going to love this documentary so much more than that show. Chelsea Handler is so unapologic, that is what I love most about her. She is hilarious and she admits her faults, she admits to being judgemental although most people will not do it.

Although I love Amy Schumer I am glad that Chelsea is back. This documentary is going to be absolutely incredible and I can’t wait to binge watch it.

Chelsea, thank you for leaving E! so you could do a documentary series with Netflix, this is going to be incredible.

Are you excited for ‘Chelsea Does’? Tell me here!

The 26-year-old inspiring young woman was once deemed “The World’s Ugliest Woman” in a disgusting YouTube video, and instead of taking it lying down, she has fought back against bullying. Lizziehas a YouTube channel and vlogs about her story, delivered a TED Talk that went viral, and has spoken in front of Congress in support of anti-bullying legislation.

Lizzie has a rare congenital condition that does not have a name. The condition affects her eyes, her immune system, and causes her to have 0% body fat.

Let me start off by saying that I know I make fun of celebrities on this blog all the time. I know that I sit behind a screen, I make fun of them but usually it is making fun of something they did. I try not to make fun of looks, unless it is a stupid haircut that can be fixed in a day. Also if I find out that something is caused by a mental issue, I don’t touch on it again. I never spoke about Amanda Bynes after I found out she was on medications, stuff like that. Now after that disclaimer I want to talk a little bit about Lizzie Velasquez.

If I grow up to be even half the person that Lizzie is, I will have done pretty well for myself. I have been following her story for a few years now, and she is nothing be incredible. There are so many people who would be weighed down, for obvious reasons, if someone said these terrible things to them. Lizzie isn’t just anybody though. She was able to rise above it and now advocate for anti-bullying all across the country, and the world. Lizzie is truly an inspiration to everyone who has ever been picked on. She is an inspiration to everyone, to be able to have such a brave face through everything. The fact people are hateful enough to say that she should kill herself? Don’t they realize that words matter, the things that are being said, it all matters.

Personally, I can’t wait for this documentary to be released. I think that this is something that all people, of every single age should watch and learn from.

I just want to take a moment and thank Lizzie, thank you for standing up to all of the bullies that ever put you down. Thank you for becoming a voice for so many people who don’t have one. You are truly one of the most beautiful women in the world, and again, thank you for sharing your story.

So I will be first to say when it comes to this subject I am extremely bias. I love the Backstreet boys and I have since I was about five years of age. Since then they just bring back a feeling of nostalgia and happiness that I can’t explain. I have seen them eight times in concert, I have met them once, I guess you could call me a mega fan, fan girl, whatever. Below there are some spoilers in the documentary, things that I wasn’t aware of so if you don’t want them ruined, don’t scroll!

The moment that I got the notification that this documentary was downloading onto my Itunes I started to watch it, I didn’t even wait for it to fully load. That is how excited I have been for this to come out. They had talked about it for so long and the date kept getting pushed back, but right when it was released, I watched it! Truthfully I expected something about their rise to fame, I didn’t expect them to be so raw and real, but that was exactly what it was.

As the film starts they go and visit Kevin’s hometown and then Brian’s hometown since they didn’t live far from each other. Even though they have been a band for the past twenty years they had never done this, so why not do it in front of the cameras. It is really interesting to see the boys, well men now I guess, and how they act when they aren’t on stage. Sure they may have been putting on a bit since there was a camera but the emotions seemed so raw and real. When Kevin talks about his father passing away and he breaks down, when Brian explains that he has vocal problems he breaks down. Truthfully there was a lot more crying in the movie than I expected.

There are a few pivotal moments in this movie that I didn’t know happened.

-Howie D was the original lead singer when the band first started, but after Max Martin got a hold of them, it became Brian, Nick, and AJ. Howie only agreed to this final album if he could have more singing than the last albums.

-Nick holds animosity towards Brian because Brian has been the lead singer. There is a huge fight between the two of them, I highly recommend you at least watch that part.

-Brian has vocal chord issues and there is really no cure, his voice comes and goes. This is another big thing that the documentary follows during the hour and a half it runs.

-AJ opens up about his addiction and how he was behaving during the Black and Blue tour.

– Lou Pearlman stole a TON of money from them.

It was honestly a movie that made me love the group even more. As I previously stated the raw emotions that are shown through out the movie are incredible. Watching this band go from basically on top of the world, to not even having a record deal was very interesting. See I knew that they had been dropped but I didn’t realize this last album was basically done being an independent band.

I would rate this movie a five out of five. Being a fan of theirs I am proud that they let their fans get a glimpse into their come up and even their falls after the 2000’s.