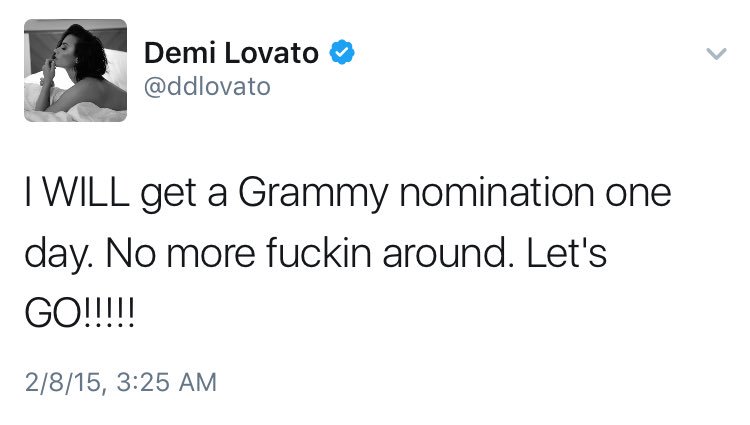 Demi is truly in a category of her own when it comes to the young Hollywood crowd. I mean her voice is absolutely off the charts. She also looks absolutely gorgeous, when doesn’t she though? I always say, I’m not but for Demi Lovato I would be.

I do hope that one day Demi gets at least nominated for a Grammy because she deserves it. Her voice is so raw and beautiful, she needs one.

Demi just keeps slaying. She is even making me like Michelle Rodriguez, only if it’s just for a short music video.

I know back when her “Cool For The Summer” video came out I wasn’t sure how I felt about it, I can promise you one thing. I love this song and this video. It has a badass Katy Perry feel to it, but I can rock to this song. I could work out to this song, if I actually worked out of course, this would be up on my list.

I think we can also agree that Demi looks damn good in that black catsuit . My lawd lady.

Looks like Demi Lovato doesn’t give any fucks anymore. She decided to go fully make up free and totally nude for the latest magazine of Vanity Fair. Good for her. I mean just four years ago Demi had a massive body issue and probably never thought of ever doing something like this. Now here she is, baring it all for a magazine that is going to be seen world wide.

I am guessing this is all just promoting her new album which is called ‘Confident’ and strives to show how confident the singer is in her skin now.

I have to say, good for you Demi! You keep doing your thing!

As I have said many times, I’m not but for Demi I would be.

Fun fact I wrote this before I watched the video, me and Demi are just that connected.

With a little bit of help from some extremly famous people Demi Lovato revealed her new album cover and the track list of that album yesterday August 26th. She started things off tweeting out “1.Confident” and the rest of the celebrities followed suit.

Anyway, I was ready for this album to come out yesterday so the sooner the better! For now it is set to be released in October!