I will be the first to say that New Kids On The Block are absolutely brilliant, they know how to market themselves. About ten years ago, maybe less, they made their comeback but since then? Since then they have put together mastermind tours that brings nostalgia all in one place. So, brilliant.

They previously went on tour with Backstreet Boys, 98 Degrees, TLC, and Nelly. Of course those weren’t all the same tour but they know that adding a few more acts from the 80’s or 90’s to boost the sales. How fucking smart is that? They are brilliant!

This will be Paula Abdul’s first tour in over 20 years, so that should be awesome.

Tickets will be going on sale November 19th.

Here is the big announcement!

Here are all of the tour dates! 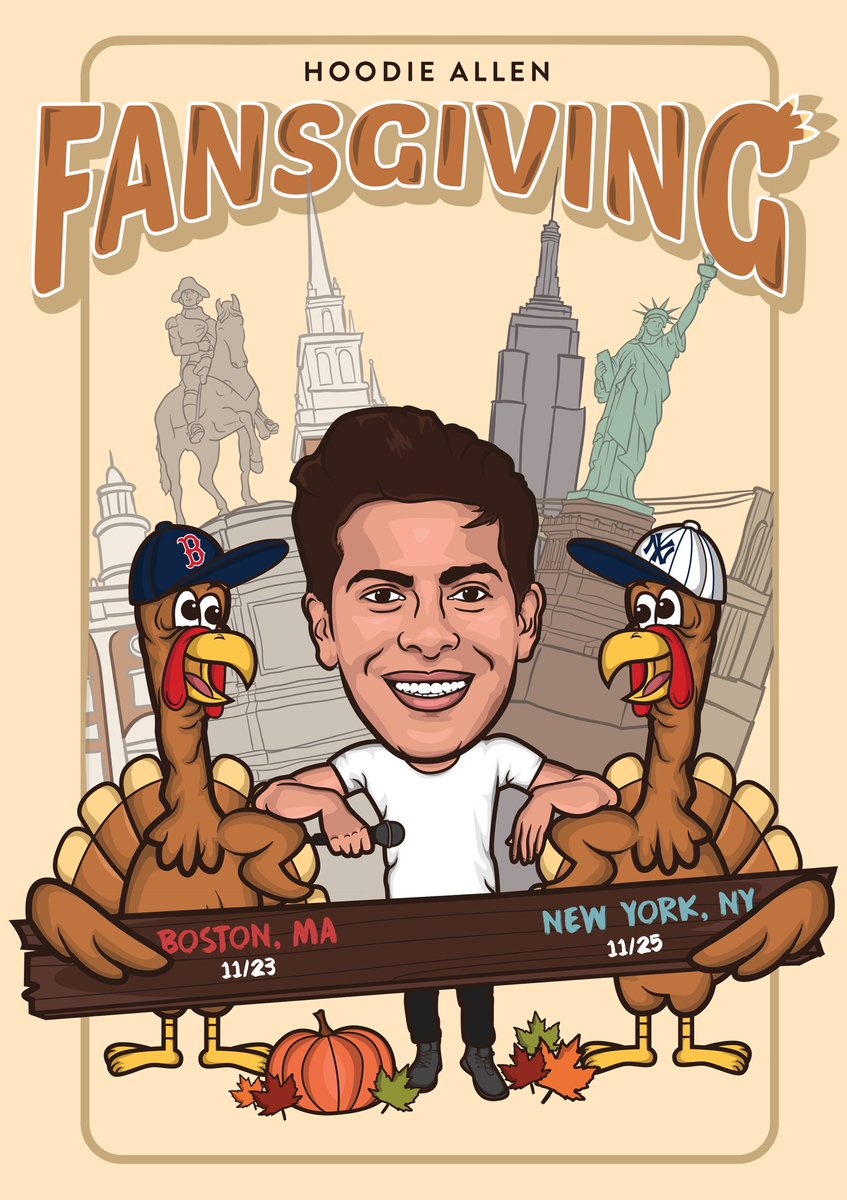 Now what exactly is a Fansgiving you ask? Well it is something that Hoodie Allen decided to put together because as always he is great to his fans. No, seriously, he is. His last album was available on Itunes for only $5, or you could download it for free, he didn’t care, he just wants support!

Back to Fansgiving. Hoodie is going to be performing two shows in Boston and New York and the fans get to pick the set list and everyone that attends will also get a meet and greet. The venues are smaller than regular but it’s still pretty amazing that he decided to do that. Right?

I am hoping to be at the Boston show and maybe, just maybe I can finally do a quick interview with him for Celebrities Are Tragic!

I am pretty sure that we don’t deserve Sia. She seems to be such a wonderful soul and, well obviously incredibly talented. Sia is something special, that’s for sure.

Might as well just show you the tweets that make me love Sia even more. This is something that I can’t picture most artists doing, because money is the motive, right?

Money isn’t everything and I think that artists can learn from Sia. Most concerts now aren’t selling out because of the crazy price of most tickets. The fees that come along with ticketmaster and Live Nation. All of that comes into play. Sia just wants her fans to be able to afford her concert tickets.

For the record I do believe that Sia has the ability to sell out arenas without lowering her price. She is just being a human right here.

Fun fact, since this tweet came out, her album sales have tripled! Real recognizes real!

Justin Timberlake is finally releasing a big concert experience that we have all been waiting for. Instead of going the Taylor Swift route and releasing it exclusively on Apple Music, he decided to go with Netflix! Which will make it much more available, which is awesome!

This goes all the way back to the 20/20 Experience Tour that he went on for what seemed like forever. He started in 2013 and I believe it ended sometime in 2015 or at the very end of 2014. Should be great though. One thing about Justin is that he sings live, he can dance, and he is just a straight up entertainer.

I have a feeling that this is going to be a huge success for him, like most of the things he is involved with (other than trying to be an actor, SNL doesn’t count).

October 12th, you know what I will be doing!

Let the groove get in. Justin Timberlake and the Tennessee Kids arrive on Netflix October 12. pic.twitter.com/cPeJoT6P84

I’m not crying, you’re crying. Okay, I am crying too. It’s okay, let’s all just cry together with Miranda, it’s not weird at all.

In case you can’t read the sign, it said “3 Tours of combat and your voice is the last thing I listened to every night”. No wonder why she couldn’t finish the song.

Such a beautiful moment.

It looks like all that hype that was going on about Eminem and Drake hating each other and wanting to put out diss tracks was all in the media. Last night Drake was in Detroit during his Summer Sixteen Tour and he brought out Detroit royalty, Eminem.

I am glad that these two buried the hatchet although it would be pretty awesome to watch these two try and battle it out. It looks like there is nothing but love here and absolute admiration by Drake.

Eminem was there to rap his verse on the 2009 song “Forever”, and then the crowd went obviously insane.

After his verse Drake said “Make some noise for the greatest rapper to ever touch a microphone”.

The moment Drake brought out Eminem in Detroit. (Via @WordOnRd) pic.twitter.com/JYKzg9thlV

SHARED THE STAGE WITH THE GOAT FOR DETROIT. DONE THE HYPE. 🙏🏼

I understand that people find Gwen Stefani annoying. I get that but let’s be real, Gwen is a sweetheart. On “The Voice” she never says anything negative, or at least always tries to find the positive and she is good to her fans. She always had been good to her fans and if you dislike her because of who she dates, you’re a dick.

Last night (July 27th) Gwen read a sign that was being held and it explained that this woman’s son was bullied, and that Gwen’s music helped him through it. That was enough for Gwen to pull him up on stage and bring him backstage as well.

Say what you will about Gwen but I genuinely believe that she has an awesome heart.