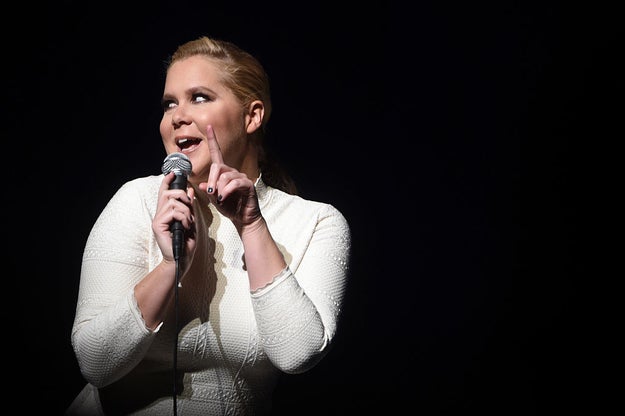 Know what I love? Smart comedians and Amy Schumer is exactly that. She is very smart with her humor and I love how she shut down this sexist heckler.

Let me tell you something, Amy Schumer tickets are not cheap. Way to waste your money asshole.

By the way, if you haven’t gotten Amy’s book yet, I highly recommend it.

First of all I love Cecily Strong, she is my favorite of the new wave SNL cast. I think that I have an official girl crush on her after watching this video. Let’s be real. She killed it. She made the room be uncomfortable for about 20 minutes, I mean that is my kind of girl.

Cecily you are hilarious and I hope that she comes out with a stand up special or something like that. That would make me very happy.

Ugh, she just killed it. Cecily Strong had no problem poking fun at anyone, so perfect.

-Amanda Knox jokes are hilarious. I mean, she is probably guilty even though she wasn’t found guilty.