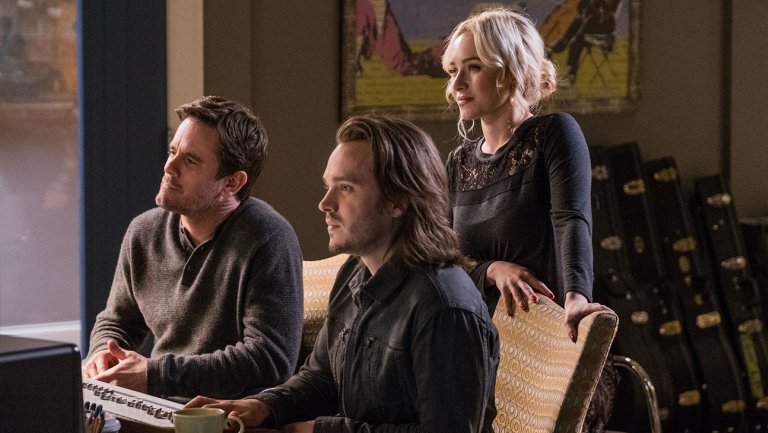 Well it is good news for all your Nashies out there, ‘Nashville‘ is coming back to CMT. If you can remember the show was cancelled by ABC but then picked up by CMT.

So far one the new station it has had solid ratings and the storylines are a lot better. It still isn’t the same magic that was in the first two seasons but hey, it’s getting there. The only complaint I have is that (SPOILER) Ryan was killed off. Some shows have been able to survive losing a main character, I am hoping this one can.

So the second half of season 5 starts back up in June 1st and in the fall season 6 will air!

Are you excited to see the show come back?

This upcoming weekend at CMT’s Artists of the Year ceremony, Shania Twain will be receiving one of the biggest honors, Artist of a Lifetime.

Shania will be the first woman to receive this award but will be joining the ranks of artists like Kenny Rogers and Merle Haggard, respectively. CMT reportedly decided to give Shania this award because of her incredible impact in country music.

Let’s be real though, Shania was one of the first to close the gap with country and mainstream, at least that is how I feel. She was the first country artist that I even knew about because they weren’t usually on TRL. She has sold over 75 million albums sold worldwide and has also won 5 Grammy’s along with other awards.

The 2016 CMT Artists of the Year ceremony will take place at Music City’s Schermerhorn Symphony Center on Oct. 20 at 9PM

Get it girl! Oh and another fun fact, her album Come Over, that was released in 1997 is still the best selling country album of all time.

Word on the street is that not everybody was excited that ‘Nashville’ made a come back. Of course the fans rallied hard, my article about why it should stay on the air was sent all the way to the higher ups at ABC, yet the main character is leaving?

Wait, what? That’s right. Connie Britton is reportedly leaving after season 5 and will only be in about half of the episodes for season 5. Truthfully I don’t know how I feel. Again, the fans rallied so hard around bringing this show back I almost feel like it is a slap in the face.

As far as I know, Hayden will still be a full time member which is really all I care about. My only worry is, will the show be able to survive without Connie? I mean Rayna James is the show.

What do you think about the Connie leaving the show? Will it survive?

So Thomas Rhett and Nick Jonas teamed up together for CMT’s crossroads special and well, guess what? Their duet is absolutely incredible, perfection, all of that. I am seriously in love with both Thomas and Nick, I can’t even deny that. They also sang ‘Jealous’, ‘Chains’, and ‘Chainsaw’, which you can find on YouTube but nothing compares to their ‘Die A Happy Man’ duet.

This duet is incredible, Nick and Thomas put out a real duet as soon as possible please!