Last night was a big night at the CMAs , the biggest performance of the night was definitely Beyonce and the Dixie Chicks. You really can’t deny it either. Most people tuned in to just see Beyonce grace the stage. Yes, she has that kind of power. Sure, some people were there to watch the other performances and complain how they aren’t country anymore, but Beyonce was the main attraction.

Well after her performance, Beyonce dropped the studio version of “Daddy Lessons” , and it’s pretty incredible. Nothing like some strong female vocals to get your blood pumping!

Could Beyonce do a country cross over album? That would be fucking incredible. I give Beyonce a lot of shit because I think that she does theatrics that she doesn’t need to do. When she just sings and shows off her vocals, I can’t get enough.

What do you think? Love or hate this remix? Let me know! 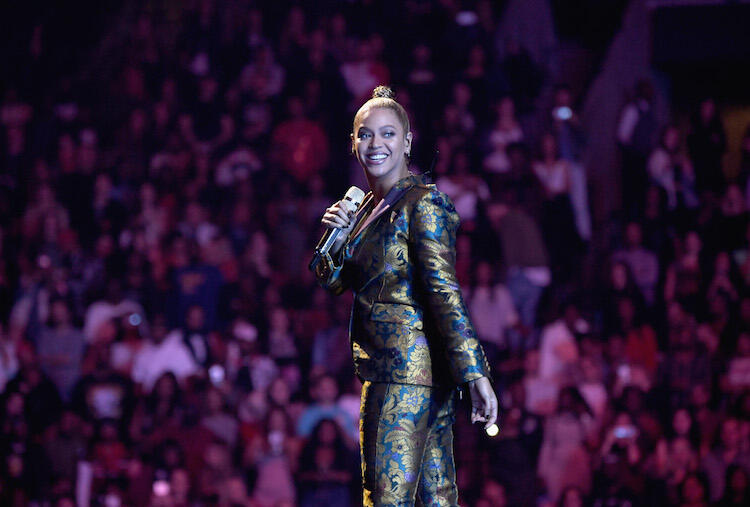 Last year the CMAs brought out Justin Timberlake, this year they are doing it big again by bringing out Beyonce for a surprise duet. Yup, that’s right. Beyonce is going back to her country roots and performing tonight!

No word on if she is doing a duet, or a solo performance but she will be there tonight.

Be sure to tune in tonight on ABC at 8 pm!

Texas-bama is going to come out strong tonight!

Last night was the CMA Awards and everyone was all excited about it because for basically what, the seventh time in a row or something Brad and Carrie were back on stage. They are hilarious together, like the Tina and Amy of the country land, can’t be mad about that.

This was one of my favorite performances of the night simply because I love both Miranda and Melissa. I have no idea why I have such an obsession with Meghan Trainor but I just can’t stop. Maybe it is because she is a Massachusetts girl and we love our own. That is probably most of it. Miranda killed it too though! I really love that crazy bitch, can’t lie.

I do think that they could have done a little bit more in their performance, they were just kind of standing there but hey, it was still good. Sounded good, they looked good. There you go ladies! Also, I think you two should do a duet, just saying.