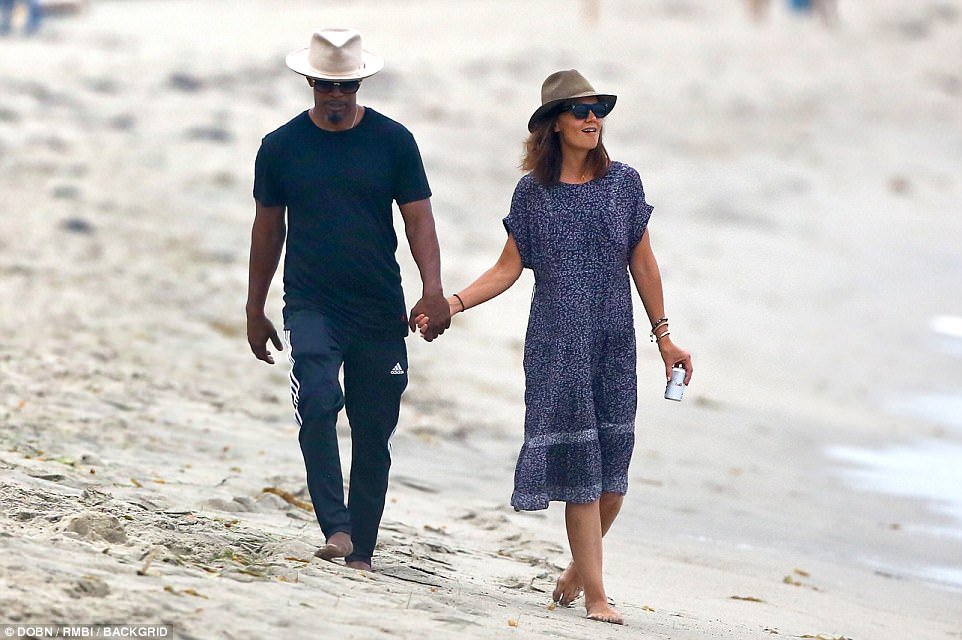 Jamie Foxx and Katie Holmes have been lowkey dating for about four years now. I was a doubter for a while, then after recent date nights and the two sneaking around Paris, my opinion changed.

For the past four years this couple has been able to stay quiet and low-key, no I won’t even call it that. They were able to stay invisible to the public but I am glad that they are finally open about their relationship.

Really, they will probably never speak about it and the next time we will see them together will be in 2020, but hey, at least there’s confirmation that they are in fact a couple! Right?

TMZ was the first to post these photos and honestly I am so glad that they did.

Let me just repeat myself, I am so happy these two have finally went public. It isn’t like they are walking a red carpet, they were simply having a beach stroll that they thought wouldn’t be photographed, but I am damn glad it was!

Such a beautiful couple, I am so here for them!

Four years and this is their first real photo holding hands. My only question is, how did they do it?! 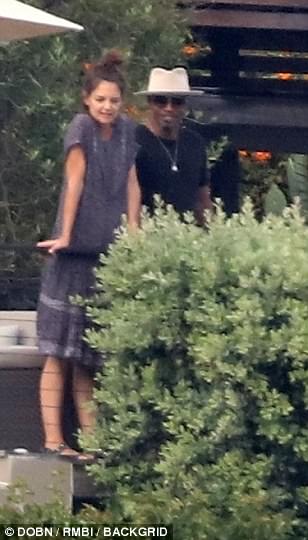 So over the past few days a ton of pictures of Bieber strolling a Hawaii beach have surfaced and let’s just say, he took a shit ton of selfies. I mean over and over again. No man loves himself more than Bieber does.

Justin was seen strutting around showing off his muscles, and wearing compression capri pant things? Basically homeboy wore leggings to the beach. I don’t understand that move unless he has some more weird tattoos that he is trying to cover up. Although I can’t imagine that because he loves to show off his gross sleeves that don’t make any sense.

I do think that we can all admit one thing, those Calvin advertisements. Well they were doctored certain areas for sure, you can take that however you’d like.

In the words of Uncle Jesse, have mercy! Thank you Just Jared for posting a little blog about how good Ryan Phillippe looks. I feel like people have forgotten about him because he hasn’t been in anything for so long but he is so damn good looking. Back in the day if it was between Ryan Phillippe or Freddie Prinze Jr, I would choose Ryan 100 percent of the time. He had that bad boy thing going for him.

Lok at him now though, he is almost 40, maybe even 40 by now but he is looking incredible. Those muscles, that jawline, those tattoos, still a bad boy but also a DILF.

I just don’t have anything more to say about this, so I will just post some pictures and take a moment for myself.

For years I have been telling my friends that Leonardo DiCaprio is no longer sexy, he isn’t hot, he isn’t god looking anymore. He has lost the thing that made him hot, meaning his looks. They of course would fight me on it saying that he was and still is one of the sexiest guys on this planet. No, no, no, no.

I mean if this picture of anyone else people would be saying how gross he looks with his lil beer belly and his bun. Nope, it is Leonardo DiCaprio so it is sexy! I don’t understand! Can you imagine if this was someone like, Adam Sandler? People would rip him to shreds!

I guess looks don’t matter if you played Jack Dawson, women will love you for life and obviously Leo takes full advantage of that.

I think that it can officially be said that the days of Selena Gomez and Taylor Swift being best friends is long gone. Selena you have been replaced by a younger cooler version of you and her name is Lorde. Lorde has Taylor wrapped around her little finger because clearly Taylor wanted to be cooler. I love my T.Swift but Lorde is just cool, that simple.

I have a little bit of an idea though, Swift wants to do a duet with Lorde so bad she will just hang out with her all the time, whenever possible because she knows that a duet would be incredible. I mean Lorde is the next big thing, she is going to rule the world sooner rather than later and I think that T.Swift can see and appreciate that.

These two could easily take over the musical world together and I think Taylor realized that Selena is old news. She escaped rehab and now people are afraid of her. Alright that isn’t true but she did escape rehab after only two weeks.

There is a part of me that wonders what these two even talk about? They probably don’t even talk. Just sit on the couch and text other people.

So I was scrolling through the internet and found this couple, who are they? They are like perfect, right? I mean the girl looks healthy as shit, she isn’t one of those skinny actresses and she can fill out a bikini, and the guy, well just look at him. Apparently they are English celebrities, of course, they have beautiful celebrities! I mean just look at Liam Payne, Prince Harry, David Beckham, the list goes on and on!

After doing some research I guess that Kelly Brooks is a model over there, that was pretty much all I could find out. By find out I mean that is all I scanned over because I don’t really care. Other than modeling she is on Britain’s got Talent and she is an actress. She is beautiful that is all that matters. Homegirl is also 34, look at how incredible she is!

Then there is her gorgeous boyfriend David McIntosh who has an awesome last name. Now apparently he is a model, actor, and used to be in the British army if I remember correctly. Look at him though, I would just like to sit back and watch him for a while. In fact I am probably going to Youtube one of his shoots or something.

Congratulations England for having some of the hottest celebrities in the world. I will keep my eyes on you Daniel, don’t you worry.

So if you follow my blog you probably realize that I really love Demi Lovato. If there was a chance of her wanting to be a lesbian for me, I would all about it. She is on my “If I were Gay” list as I like to call it. Today she just casually posted this picture on Instagram of her lying out on a beach somewhere in paradise and saying that she is feeling relaxed. Demi had a busy year last year with her new album and being X-Factor, this year will probably be just as busy with her Neon Lights tour.

Demi is one of the members of young Hollywood that deserves all of the praise that she receives. She admits that she has made mistakes in the past and openly talks about it. She isn’t trying to hide or sweep anything under the rug simply because she is human. Then you see people like Selena Gomez who is partying with Bieber but still tries to act all sweet and innocent when she surrounds herself with bad influences. Not a good look for young girls trying to find their way.

It is safe to say that Demi’s struggles are behind her though since she is comfortable enough to post a photo like this. For those who don’t know she also suffered from an eating disorder which was the main source of her treatment. She is only 21 and has already touched so many lives with her story.

Demi you will own 2014, thanks for being an actual good role model for young teens.

I feel as though every few pages I need to appreciate the Greek God named Nick Lachey, this beautiful man! He is still over 98 degrees of hot even if the band wasn’t the greatest. Anyway, look at this man! This is him hanging out with his wife and son somewhere warm during the holidays. Maybe Mexico? Maybe it was California? Who cares?! Just let him be shirtless!

Now can we appreciate how he is like 39 years old and still looks like this. I understand that he can afford to work out all the time and let me tell you what. I genuinely appreciate this man. It is really too bad his solo career never took off because “What’s Left of Me” is such a classic is isn’t even funny. Plus that is where he met his now wife Vanessa, ugh such a love story!