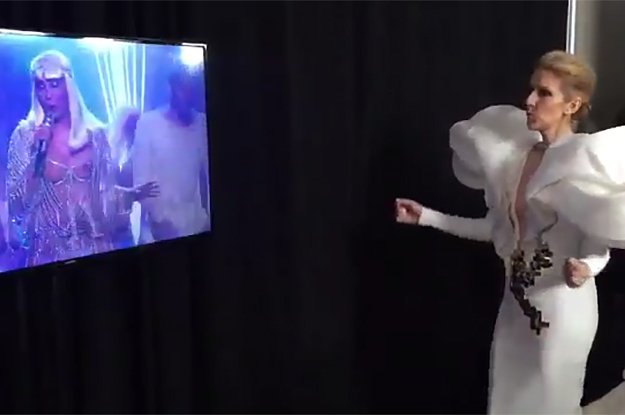 I think that we can all agree that Imagine Dragons are an amazing band. With their new music it just proves that they are getting better and better rather than remaining stagnant.

Last night on the Billboard Music Awards, I thought that they had the third best performance of the night! Sorry guys, nothing can top Cher or Celine, but they did incredible.

Their lead singer is also a total babe and I found out a very awesome fact, he and I share the same birthday. It’s July 14th if you are thinking about getting either of us something.

Dan is also a dedicated father of three little girls and a loving husband. That’s right it just keeps getting better.

So there you have it, great singer, great songwriter, great husband, great father, and just all around good looking guy.

Everyone is being so extra salty towards Madonna for her Prince tribute. That’s right, people are ripping apart a performance that Madonna put on for one of her peers who passed away. One of her peers that she was fairly close with from what reports have said. After his tragic death it was reported that Prince and Madonna almost went on tour together but both decided that the world wasn’t ready for the kind of royalty that was going to be on one stage!

Many people were wondering if Madonna had the ability to sing or perform in a way that would honor Prince. Uhm, what? Do these people even hear themselves? Madonna is one of the greatest entertainers of our time, I am pretty sure that she has the chops to perform a tribute to just about anybody!

There is no way that you can please everybody but Madonna put her heart into the performance. She lost a friend and she wanted to give him a tribute even though I am sure she knew that there would be plenty of negativity to follow, she just didn’t give a shit. That is why we love Madonna, she doesn’t care what anyone thinks.

One of my favorite posts of the night about the whole Madonna performance had to come from a twitter user named Dexter, it is insanely well put together and thought out.

The backlash against Madonna doing a Prince tribute at Billboard really doesn’t make sense considering the awards are about commercial chart performance. Madonna is the only living peer of Prince’s commercial success and ubiquitous cultural influence.

If you want to argue that any Prince tribute at the Billboard awards is disrespectful because of his disdain for the music industry that makes sense. But being upset that Madonna was chosen to sing in tribute of her peer/collaborator/friend at the Billboard Awards is silly.

All award ceremonies are just celebrations of capitalist success so to assume there is any artistic imperative is an illusion you are buying into to jerk off your own ego. ✌🏻️ @DexforBreakfast

That is all, thank you

Alright Justin, if this is how you feel then why do you even show up? I mean honestly, why show up ? Oh right because you will dance around and lipsync for money, that is why. So aren’t you just like everybody else?

I don’t understand why he even still has his phone, his PR person needs to take that away from him immediately.

Honestly, he has left me speechless with this last rant. He talks about it seeming hollow but in my opinion he doesn’t even look like he wants to be on stage singing and dancing.

I have a tip, if you don’t want to be around fake people, leave Hollywood. If you want something authentic? Don’t be in the most materialistic profession created.

Somebody save Justin before he goes into a serious melt down, he is about 85% of the way there.

I just can’t stand how he acts like he is some original artist and during his acceptance speech he said he was a man of few words. Clearly you are trying to be the new Kanye with these rants but you just seem like a brat while he seems at least slightly intelligent.

Let me start off by saying that Kesha did an absolutely incredible cover of this Bob Dylan classic. I feel like so many people have given her crap because of her sing-talk style of music she has always done, but Kesha can sing. Her song ‘Harold Song’ showed off that she has vocals and she can absolutely sing.

As much as I do like the new sound though I do miss the whole sing-talk music that she created. The whole glitter everywhere was my favorite thing in the world but I understand that she wants to try something new, probably break free from what Dr. Luke created for her.

I would say that this was one of the performances of the night. Personally I loved Celine’s that was number one followed by Demi Lovato and then Kesha.

Her reaction to the standing ovation though? It was perfect.

In case you missed it, here's Kesha's full performance of "It Ain't Me Babe" at the #BBMAs tonight! #FreeKeshahttps://t.co/TtGDmw9Q01

Tonight Adele premiered her new music video for her new single and this song will most likely go to the top of the charts, you can’t deny that. Adele is something amazing. I wish that I could have a candle scented in Adele’s voice. Do you even understand what I mean? I feel like it would smell like a nice vanilla or something.

Anyway, nothing like watching Adele dance around in a slightly trippy video.

Can we also agree that this title is incredible? What a savage title, such a big fuck you to whoever her ex is.

Now that I have that off my chest, people on social media are absolutely hating on Britney’s performance. If you didn’t know by now that she lipsyncs then I don’t know what to tell you. At the end of the day Britney has always said she was a performer. She has always said that she performs the art that others make. That is something you have to appreciate. As for her dancing? Britney has had two knee surgeries but can still dance better than most people. So shut up, everyone!

Britney stole the show with ‘I’m A Slave 4 U’ and that song is 15 years old. I wonder what current artists will have that kind of staying power.

Congrats Britney, you have overcome a lot, you are a mother of two, have a Vegas show, you have sold well over 100 million albums, VMA Video Vanguard Award, won Grammy’s, and she has been through a very public mental breakdown.

.@BritneySpears just made all of our pre-teen dreams come true 🙌 https://t.co/TVNvdTjjd8 #BBMAshttps://t.co/B5fb3u1wdt

Rihanna is absolutely breathtaking, there are no words to describe her beauty.

Rihanna will be performing at the Billboard Awards tonight! It should be a good one too! Maybe Drake will show up! 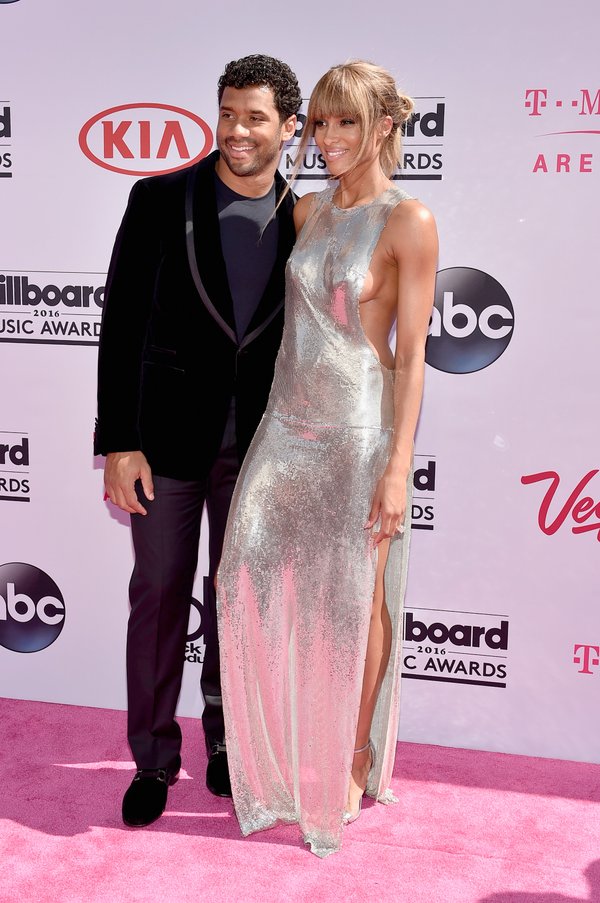 Now I have to say, Russell Wilson is a very brave man. Why do you ask? He is wearing a velvet jacket and it is about 80 degrees there, so he must be dying. Also Ciara‘s dress is made out of chains, I believe she said, so he is probably getting a burn letting his hand rest on her lower back. So much bravery.

Ciara absolutely owned the red carpet though. I thought that her make up, her dress, everything was on point. She is hosting the award show tonight so I am sure that she will have many changes through out the night!

This couple is adorable though, right? Easily one of my favorite couples in Hollywood. 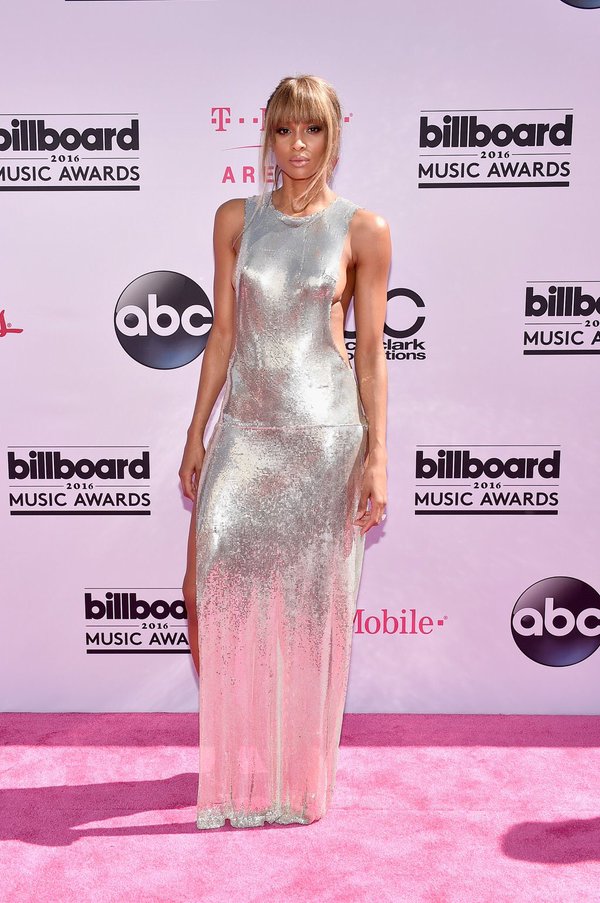 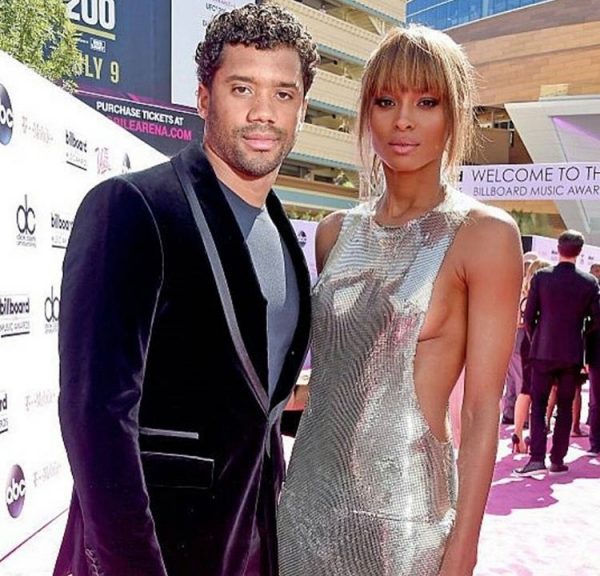 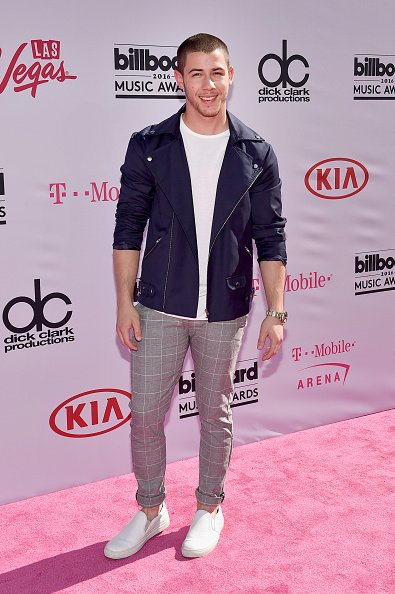 Nick Jonas always leaves me speechless. He is just so damn good looking! I swear he looks good in anything.

So I am just going to stop talking and let you look at some pictures of him look handsome.

In case you didn’t know Nick will be performing tonight! 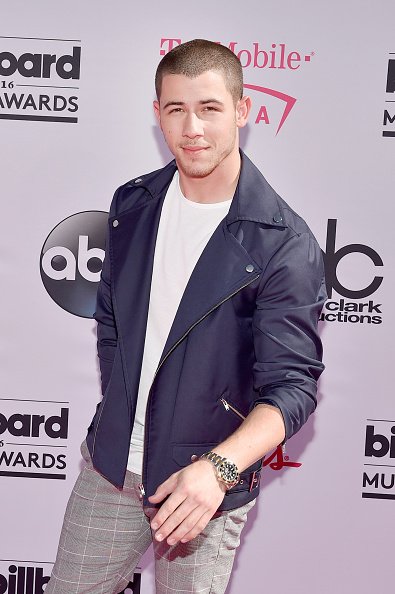 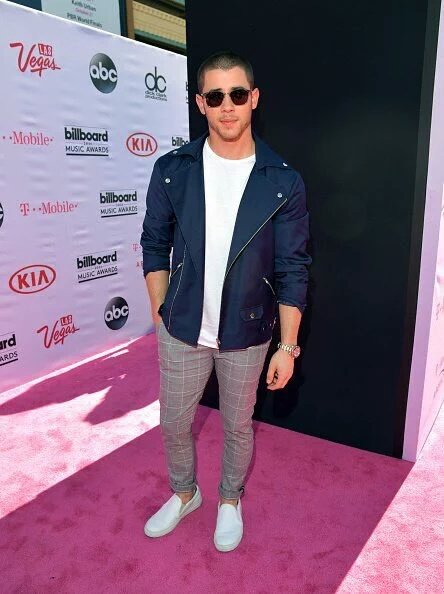