Sometimes you just need some shirtless photos of a hottie on the beach, am I right? Scott Eastwood has been in Australia for what seems like forever which means that we get a lot of hot photos of the guy.

For the record he is filming a movie, I don’t know what it is but I will gladly take these beautiful photos while he is down there.

We have almost made it through the week, #blessed.

Selena Gomez is so damn likable, can we all agree with that? Even if you don’t like her singing at all, she does so much for charity and for her fans. Ever since she dropped Bieber she has become one of my favorite celebrities.

Can you imagine what it must have felt like for this fan though? She flew all the way from Australia to Dallas, Texas to see Selena in concert. That is commitment if I ever heard of it. She deserved to meet Selena after however expensive that trip was.

Can you imagine singing your favorite artists song and then they just pop up in the background? That’s the ultimate goal right? 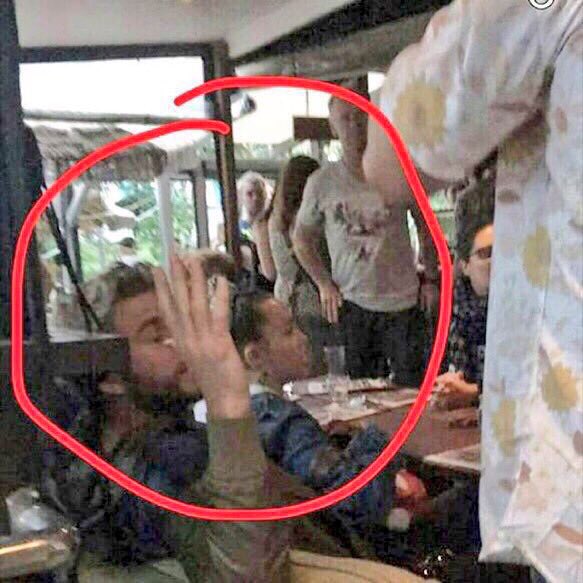 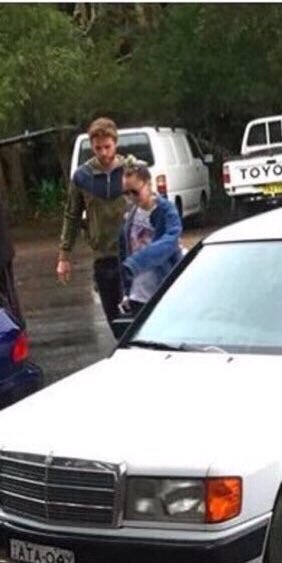 So stoked to be able to take my band and crew on a vacation at the end of a long and wonderful tour. For all their hard work this year, they really deserve it. Thank you to Hamilton Island for taking such great care of 125 of the people who work tirelessly to make sure the 1989 World Tour stage gets built, the lights are on, the costumes are made, the guitars are tuned, and the show goes on.

Aussie press, I love your enthusiasm but my birthday isn’t for 2 weeks and it’ll be a quiet one this year. Let’s take it down a notch:)

How does one become someone who works on tours? I mean I am not a musician, I absolutely cannot do hair or make up, I can’t back up dance, but I can be in the crowd and dance with the crowd. Is there a position for that on Taylor’s crew? I mean there has to be, right? Maybe I can give people ticket upgrades, that would be sweet, right?

This is awesome though, just casually taking your entire tour on vacation, just 125 people. What a light tab, right? I mean just a couple thousand dollars, that’s nothing for Taylor!

So seriously, how do I work for Taylor? I can learn some stuff, I can write about every single show. I am down. Someone send this to Taylor and her squad and tell them I am awesome, then maybe I can go on vacation too.

It’s kind of like how I am curious how people meet her without meet and greet passes. They just go on Tumblr and Taylor loves them? Yo Taylor I have been a fan since before social media was really a thing! Help a sister out!

They have all been posting pictures too, I’m not jealous, I am just, a little jealous.

Honestly I am going to say that a decent amount of people probably don’t even know who Paul Wesley and Phoebe Tonkin are, but I do so I will be writing about them. These two are both on the hit CW show The Vampire Diaries, the show that keeps the station going in my opinion. Oh wait, Tonkin is now on the show called The Originals, but they were both on the Vampire Diaries at some point. Anyway! They are dating and it is adorable. Well if Wesley didn’t cheat on his wife Torrey Devito then it is adorable.

These two were spotted down under spending the holidays together which means that they are probably pretty serious right? I mean you don’t just fly across the damn world to hang out with a flings family. Wesley must really like Tonkin and who wouldn’t? She seems like a fucking good time. Her instagram is full of fun pictures and she tweets hilarious things! I think that you should all go and check that out right now. Oh yeah and she is beautiful, that helps.

This station, I don’t know what it does but everyone dates, it is so crazy! I am going to list the couples off of the top of my head, and yes I am going to merge The WB and CW if I need to! Also going to put couples that have broken up because I want to!

And that is all that I can think of off of the top of my head, that is a freaking lot of people. So if you are an actor or actress and end up on a CW show, you will most likely date!

Selena Gomez is taking a little break in the new year by axing her 2014 Stars Dance Australian Tour dates.

The 21-year-old actress/singer canceled the upcoming tour dates for personal reasons, it seems.

“My fans are so important to me and I would never want to disappoint them,” Selena shared in a statement. “But it has become clear to me and those close to me that after many years of putting my work first, I need to spend some time on myself in order to be the best person I can be. To my fans, I sincerely apologize and I hope you guys know how much each and every one of you mean to me.”

So Selena Gomez is cancelling her tour down under, how freaking lame! I get that she is touring constantly right now but come on, Australia seems like a really nice place to go. I have never been there but I want to go. Maybe I can just lipsync Selena songs and wear a weird wig and dance around. You know kind of like how Selena lipsynced Selena songs at Jingle Ball?

Anyway, I find it funny that when Bieber announces he needs some time, Selena announces that she needs some time. Honestly these two will probably end up back together and Selena will look dumb as hell. Girl you can do better than Bieber! I promise you! You should date Logan Lerman, get your eyes on him!

I guess that Selena has been on tour for six months straight according to some articles so it would make sense that she would want some time away from the spotlight. I think it is a shitty thing to do since a bunch of people probably already bought tickets though. She says she is all about her fans but a million girls in Australia are probably crying right now. She doesn’t seem like she would be good on the road though, she would get homesick and shit. Plus she has a baby sister she probably wants to get to know a little bit, nothing wrong with that.

Selena enjoy your break and if I see you with Bieber I will write a strong opinionated blog about it!

Honestly, I have always really liked Miranda Kerr, she seems normal enough. Seemed I should say. I used to think she was one of the pretty Victoria’s Secret angels next to Adriana Lima of course, no one can beat that woman when it comes to looks.Lima was also a virgin until she was married, good for her! You go Lima.

Anyway, back to the subject, Miranda Kerr, really cute little Australian model who married then divorced Orlando Bloom. Well I recently saw this picture and I have a serious question. Is this really considered sexy? I mean look at this, this isn’t sexy right? You can see her ribs and her bra is fucking stupid. I know it is Chanel and I should be crying because I will never be able to afford it but seriously, really? This looks fucking ridiculous!

I am all for women not being Photoshopped in their photos and I don’t think this one is. I just don’t find this the least bit sexy. I feel like this is a model trying too hard. Miranda, go be a mom, you’re cute in that role.