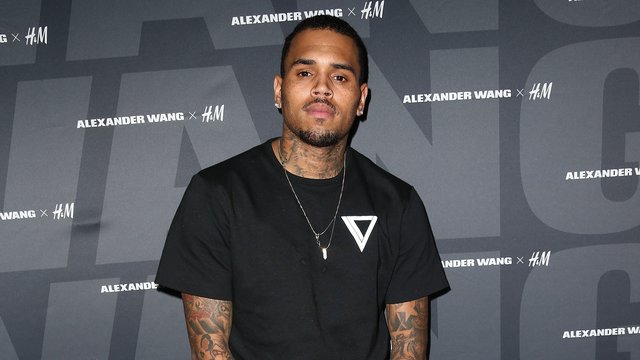 That portion of the investigation, according to officers is ongoing, however, there were other violations uncovered. Enough to place Chumlee under arrest.

“During the course of that search warrant, numerous firearms were located, as were illegal narcotics, said Metro Officer Larry Hadfield

Let me start off by saying one thing. Chumlee is so fucking gross. I mean he is a serious creature and a mouth breather, doesn’t get much worse than that. So I thought. Turns out this slob also had some meth at his house, the Vegas specialty drug along with some weapons. All of this happened because he was accused of sexual assault, so the cops went to his house to see what was going on and found all of that extra stuff.

So far History channel hasn’t made a statement but Rick Harrison said that they will support Chumlee anyway they can.

There are rumors that Chumlee will be taken off of the show due to these new charges. He wasn’t arrested on the sexual assault claims since that is an ongoing case but he will be due in court for the drug and weapon charges.

A wasted Nick Carter and his equally drunk friend got beat up by bar staff at a bar in Florida Wednesday night before getting arrested … with Nick allegedly trying to choke a bouncer … TMZ has learned.

According to the police report, obtained by TMZ, bar staff told cops Carter and his pal Michael Papayans were HAMMERED when they arrived to the bar before 7 PM.

Bar workers say they REFUSED to serve the guys — and then kicked ’em out when they became angry with the bartenders. That’s when things got violent. (credit)

For the past couple years Nick has been preaching about how he has remained sober and all of that nonsense, looks like he is off the wagon.

According to other reports apparently Nick thought that the bouncers were too rough for him and used the whole “Do you know who I am” line. No Nick, not many people know who you are anymore.Well they probably know, they just don’t care. It isn’t 1999 anymore.

Maybe people were just playing games with his heart though and he didn’t want it that.

We’re told cops searched Salling’s computer at his Sunland home and found hundreds of images. At the time of this post, Salling is being taken to the police station for booking.

I am curious to see how much more this story develops. It is strange considering Mark did so much for charities and to help children, then again so did Jared from Subway.

There has been no information on what exactly was obtained other than hundreds of images that would be classified under child pronography. Update: Reports are now saying that these images were of minors under the age of 15 years old.

If you remember this isn’t Mark’s first brush with the law. Back in 2013 a woman claimed he forced her to have sex without a condom, Mark denied that it happened but the settled out of court.

So far Mark’s reps have no comment on the issue.

So, when Bieber’s house was raided one of his friends ended up in the back of a police car because they found a drug called Molly. That friend is known as Lil’ Za the Bieber friend that is literally always in trouble. He was in trouble for speeding in Bieber’s car, he might have been the one who hit that paparazzi, I really don’t remember. He is the only who was throwing crazy parties at Bieber’s house when he was on tour though, that I am sure of.

This just makes you wonder if Lil’ Za is used to being the fall guy for Bieber’s escapades. He already had a bit of a reputation when it comes to anything related to Justin, do you think that he just did this for the guy? I am just going to say if there are drugs in the house usually the owner of the home knows it. I would say that if it is your best friend carrying some type of partying drugs, you will absolutely know it. So everyone knows this is just me thinking, none of these facts have been proven to be true or anything.

Then again Lil Za got arrested twice that day for breaking a phone in prison so obviously this guy has some anger issues.

It is clear that celebrities are usually above the law in most cases and I think that in this one, they pulled a fast one on the cops. Obviously Bieber doesn’t want to make his reputation look worse than it already does so why not stick the crime on a friend who is willing to take it? It is like that P.Diddy thing back when he was Puff Daddy and there was a gun shot in a club he was at. His friend obviously took the fall there.

All that I can say if this, if Bieber is letting his friends take the fall for his drug issues, he is worse than I though. At least admit that you are doing Molly, it is clear most of Hollywood is on it. Maybe he doesn’t want people to relate Selena and the drug Molly since they have been spending so much time together? I really have absolutely no idea.I just know it is time for someone to grow up.

“Honestly, the media is making me someone I’m not,” he tweeted. “But only those in my shoes can relate. … These ppl get paid to make you look bad.”

Lil Za added, “Some stuff I’ve done has been wrong yes. but look at the position I’m in and the color of my skin. Cocaine? Really? All this time I was home in tx nobody gave a f-ck about what Za is doing ..soon as he gets to La he’s all over the news.”

Read more: http://www.justjaredjr.com/2014/01/16/lil-za-post-arrest-twitter-rant/#ixzz2qZlHNxWb
Is he really trying to blame the color of his skin on this situation? Honestly people know who you are because you are friends with Justin Bieber. If you didn’t want your name in the news you should’ve picked a different celebrity to suck the life out of.