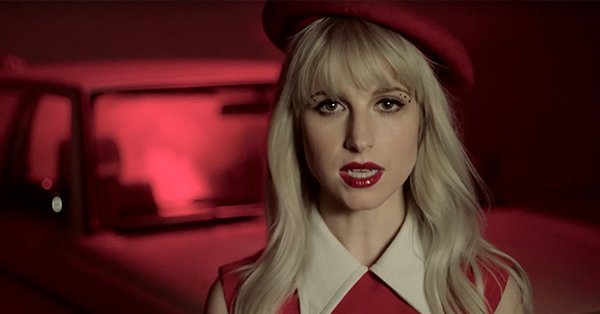 Paramore goes on a joy ride in their recent “Told You So” music video and I love every single second of it.

On another note, I swear that Hayley Williams just gets more beautiful. Her transformation is absolutely incredible and she is seriously one of the most underrated female vocalists out right now.

Okay, now that I have got that off my chest, I  can’t wait for Paramore’s new album ‘After Laughter’ which will be out May 12th.

Paramore has been on a little bit of a break after one of their biggest years commercially back in 2013. “Hard Times” is definitely a good welcome back song though, it definitely has a summer vibe to it, so they were smart to wait on releasing it until now.

According to the band’s interview with Billboard, they plan on channeling their love for early 80’s music with in their new album titled After Laughter.

Their album will be dropping on May 12th, which is also when Harry Styles solo album will drop.

So get ready, My 12th will be a solid day for good music.