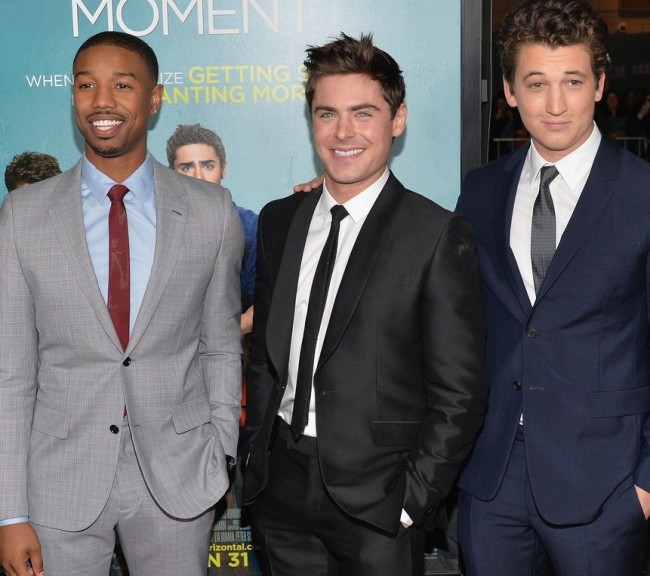 So let’s play one of my favorite games in the world that is called Fuck, Marry, Kill, it is one of the oldest games in the book. If you don’t know the rules they are pretty self explanatory, you pick one to fuck, one to marry, and one to kill. This may be one of my hardest games of this ever. The whole cast of this movie is beautiful, as I have said before and now I must kill one of them. Which one will it be though.

All of my judgements are based on this one picture by the way.

Fuck- Michael B. Jordan, I have a thing for him now. I am in love with him. That is really all that I can say about that. He has the perfect smile and he looks very well groomed, is that weird to say? Anyway, I said it and I will stand by it.

Marry- Miles Teller! I have loved this man since I saw him in ‘Project X’ and then in ’21 and Over’, so perfect! He reminds me of a young Vince Vaughn and I love Vince Vaughn so I am going to love Miles Teller. So yes, I would marry him over anyone else.

What about you? What do you think about this list? 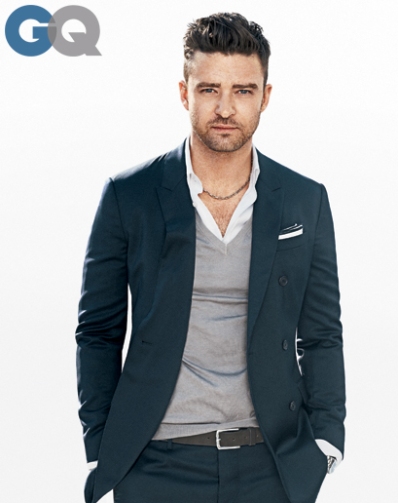 GQ is one of those magazines that I honestly do not pay much attention to. I feel like they want straight men to read it and use their helpful fashion tips but I don’t think that actually happens. Maybe it does, fuck if I know! Anyway they recently made a top 5 of the men of the year and here you have it.

First off I will say that I am 300% behind making James Gandolfini one of the men of the year. He pretty much changed television as Tony Soprano and from what everyone says he was an awesome guy. Great actor+awesome guy+ died too soon= GQ man of the year.
Justin Timberlake is also an obvious shoe in for this man of the year award. In the magazine he kind of sounds like a dick saying that he will never give up on acting and gets mad when people say his movies bomb…because they do…Other than that though he deserves it. Growing up I was always a BSB fan but lets be real Justin Timberlake is quickly taking Michael Jackson’s spot at king of pop since he is constantly reinventing himself and the music he sings.
Kendrick Lamar is an alright choice, I don’t really know too much about him but I have heard his music and it is good. He also called out every rapper ever so he has some balls even though he stands at like 5’2.
Will Ferrell- This one I don’t understand, then again I have never understood the whole love of Will Ferrell, he is alright in my opinion but plays the same character in every movie. He is coming out with Anchorman 2 and everyone is getting their panties in a bunch so it makes yet again, I get why they put him on the cover. Having him as himself and as Ron Burgendy is also a genius idea.
Matthew McConaughey, I fucking hate this choice. I cannot stand Matthew McConaughey and I haven’t for years now. I get it you have a weird stoner like southern drawl but why in the fuck is he on this cover? If it is because he didn’t make a sequel to Fool’s Gold then sign me up. Maybe it was because he lost all that weight for some movie that is coming out soon. Whatever it is, he shouldn’t be on this cover. Just sayin’.