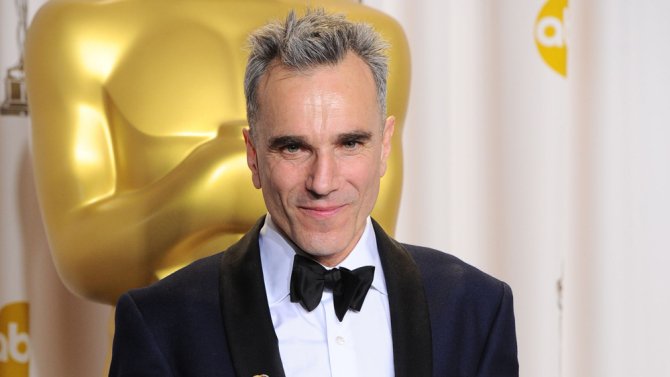 I feel like it is pretty safe to say that Harry Styles is officially doing his own solo thing. He is acting in a Christopher Nolan movie, alongside Tom Hardy, and he signed his own solo recording contract. I mean, all of the signs are there, goodbye One Direction.

I think that the haircut is a very good look on Harry though, I know everyone loved his long hair, but he just kind of looked like he didn’t shower. At least in these photos he has short hair and is dirty, plus he is on set so he is supposed to look a mess.

How do you like the hair though, and are you excited for Harry’s acting career?

Meryl Streep is an absolute legend, she has won three Oscars along with many other awards speaks out on women’s rights, and dresses up as Donald Trump.

The actress dressed up as Donald for the annual Shakespeare in the Park Public Theater Gala in New York City on Monday night. According to organizers it was all Meryl’s idea and she even copied most of the mannerisms that Trump has.

I have a legitimate question. How does Wilmer Valderrama still get any air time on television? I am one hundred percent series when I ask this question. He isn’t a good actor, he is well past his prime, and he will always be Fez, the end. I get that he is dating Demi Lovato and all of that, but that is literally the only reason why this man is still relevant.

Before Demi though there was the underage Lindsay Lohan who was 17 when he was 23, they dated for about a year. Before that he was 19 dating a 16 year old Mandy Moore. After the whole Lindsay Lohan thing he was linked to Ashlee Simpson who was a young rising star at the time. Wilmer then had the nerve to go on the Howard Stern show and talk about his sex life with each of these women. He explained that he took Mandy Moore’s virginity and it wasn’t like warm apple pie. He then called Ashlee a screamer in bed, things like that I don’t like about him.

Of course people can change but I remember how much of a pig he used to be. How he used these women for his own gain yet somehow is still around. It makes no sense to me.

Let’s be real, last night most people were watching The Sound of Music remake, not X-Factor, Glee or Grey’s Anatomy. This was going to be a live thing with Carrie Underwood and Vampire Bill. Honestly, I love the original so seeing this done a different way was very interesting. Obviously Carrie Underwood doesn’t hold a candle to Julie Andrews, let’s be real right now. Julie Andrews is a fucking legend and so is Carrie Underwood in her own right, she just isn’t an actress. I will say that Carrie did hold her own as an actress!

One thing that I hated was how out of order all of the songs were, I realize they couldn’t do half of the shit that was done in the movie because it was all on a stage rather than an actual set. The kids were awesome, the Von Trapp boys were still gay as ever which was perfect casting! Then came Vampire Bill. Vampire Bill was still Vampire Bill in this movie, same voice, same stone face, same all that bullshit. Vampire Bill should not have been the lead male, mistake!

All and all though I would give it a solid B, the singing was great, the acting was alright, and the casting was pretty good. I just wish they didn’t make shit so out of order!