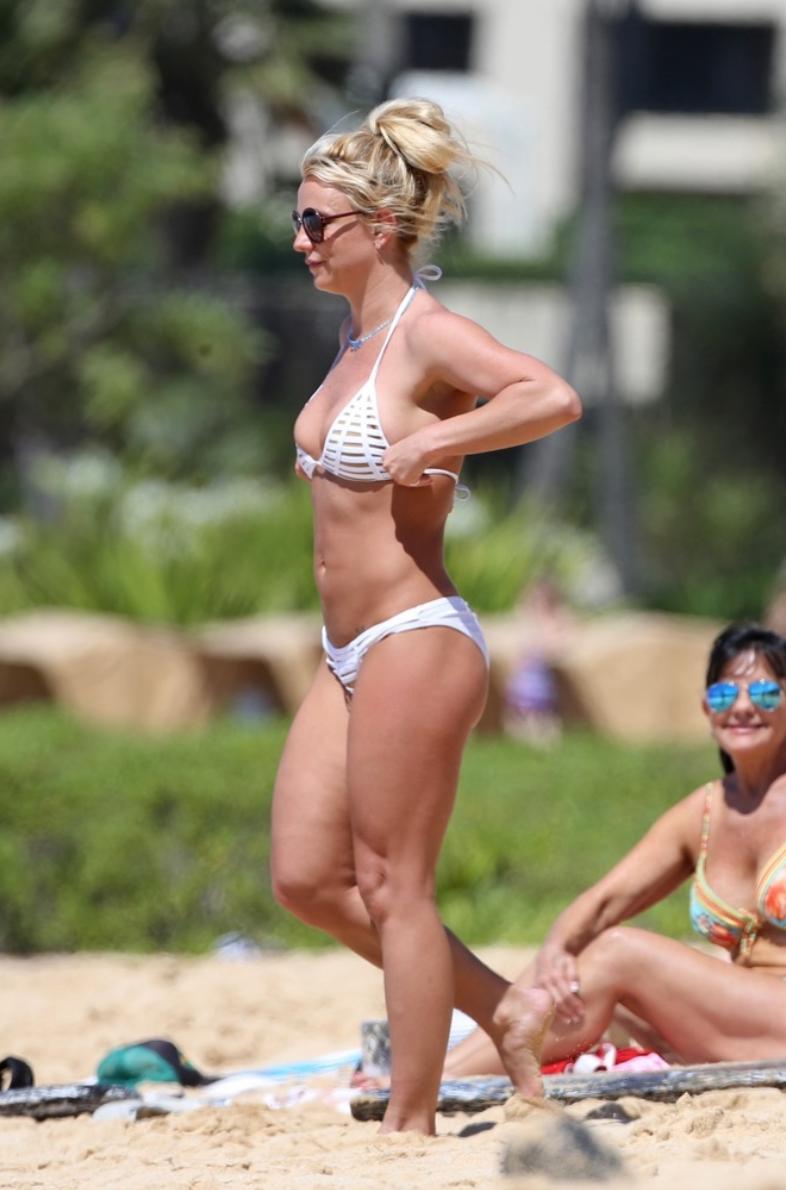 It has been a long time since we have seen Britney Spears this happy and healthy!

Right now the Princess of Pop is currently taking a vacation with her family in Hawaii. Oh she is also totally slaying the white bikini that she is wearing.

Britney is 35, she has had two children, and she still has one of the best bodies in Hollywood.

Continue to slay Brit, I love this version of you!

Seriously though, Brit looks absolutely insane in the best way possible, not in the 2007 way. Her body is incredible and apparently she is working on some new songs, which will hopefully be awesome. Her whole ‘Pretty Girls’ song was a hot ass mess, so let’s hope she brings back her sound from the old days. Imagine if she released another hit like ‘Not A Girl, Not Yet A Woman’, just do a sequel to that song and you will crush it, I promise! You don’t need any advice though because your band of loyal followers will always be there and for good reason!

Britney you will forever be the queen while everyone else tries to take your thrown.