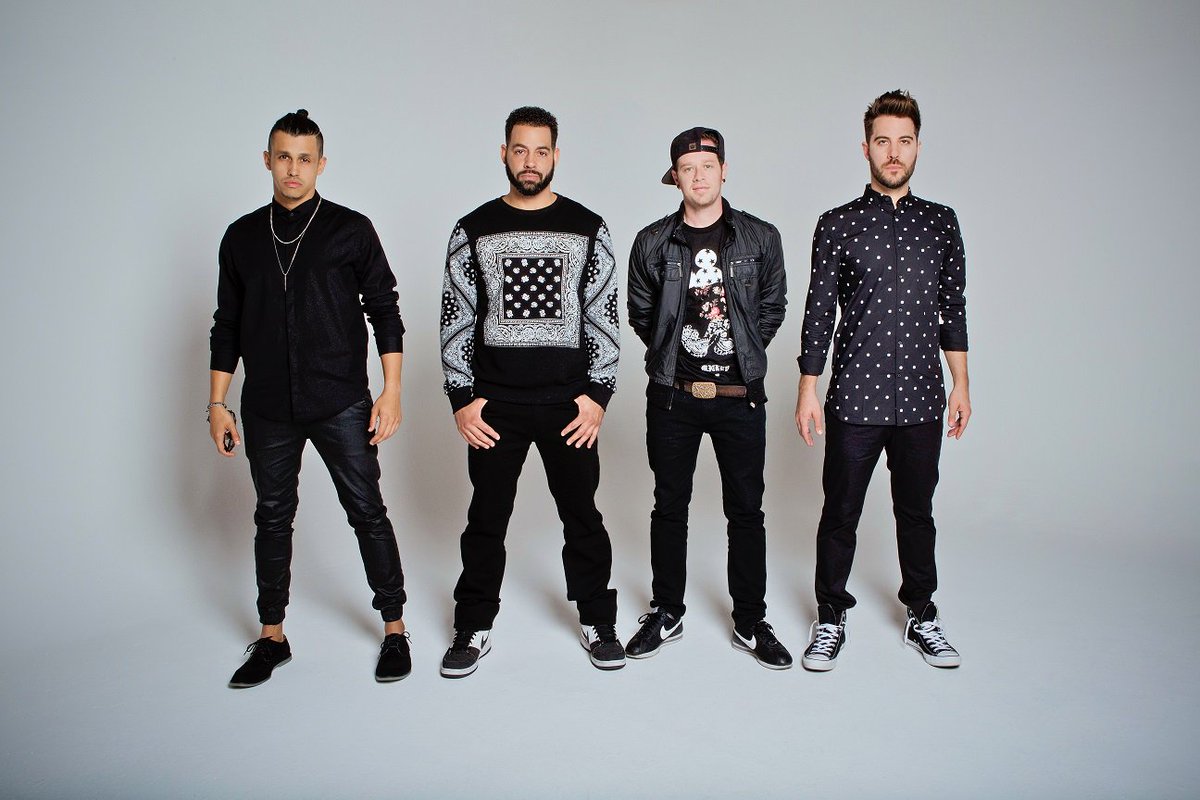 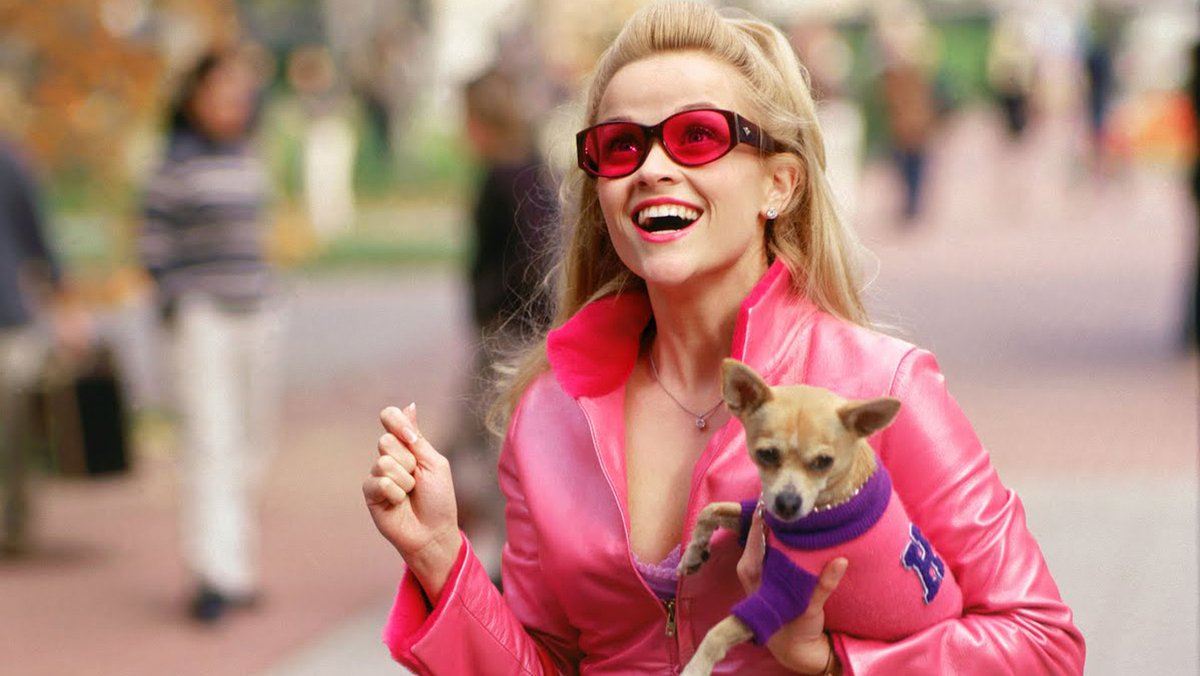 Well there is a second reason too, I wanted to prove that Reese doesn’t age. This photo was about 20 years ago and she still looks pretty much the same.

This was taken in 1996, when I just started working in movies. It was one of my very first photo shoots … I was beyond excited to have the chance to work in film. 20 years later, I still am ❤️ I love being an actor, traveling the world, and learning about other people's lives. Feeling very grateful for my amazing job! #TBT #90sFashion

I guess this just proves that Reese is a vampire who doesn’t age. That is the only explanation. 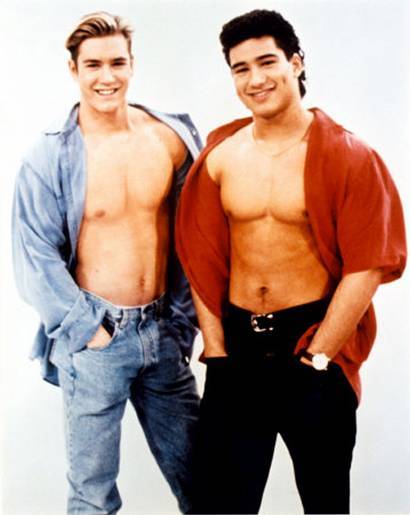 Well the pop world was absolutely devastated when NSYNC decided to take a hiatus in 2002, and well never returned from that hiatus. Obviously Justin‘s solo career took off and the rest of the boys tried their hand at different things, but the band never found their way back to each other. Sounds familiar right? I am looking at you One Direction fans.

The band went a very long time without even really talking about each other, but of course they had a small reunion back in 2013 for the MTV Video Music Awards, where they did about a 30 second performance together.

It looks like they have all found their way back to  being friends though, something beautiful if you ask me. In my opinion Justin distanced himself a lot from the band so it’s nice that he is back to hanging out with the guys.

Well last night the boys got together to celebrate JC turning the big 4-0, and Justin took a photo to celebrate.

Now there will most likely never be a reunion tour or song but I think that a lot of NSYNC fans will take this photo and be happy.

Here are a few other pictures from the night!

So much fun!! My signal sucks n i cant load this vid properly lollll omg they really now how to have some fun love ittt . It's like an oasis to see them get together, n next step on the stage puhleaaaaseee 😍😍😍 Nb. I got this screenshot from @rembrandtflores 's story 💖 . #jc #jcchasez #chasexy #nsync #nsyncers #chasezed #chasezers #joshuascott #justintimberlake #joeyfatone #lancebass #chruskirkpatrick #likes4likes #likesforlikes #instabest #photooftheday #music #popmusic #funny #perfect

Happy Birthday #JCChasez !!!! Comment with your bday wishes to JC!! 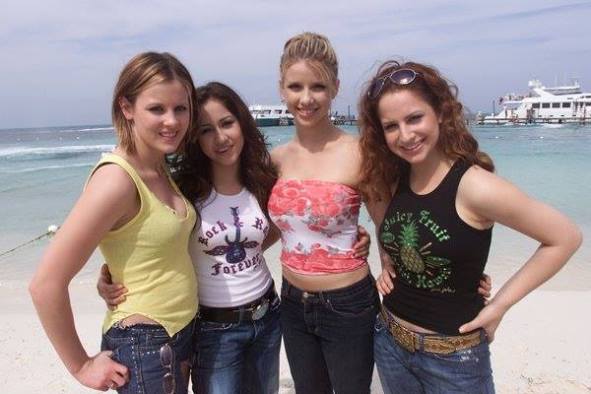 Can we be real, Dream is one of the best girl groups of all time right? They had two giant hits, and then kind of went and did their own things, but guess what? They are back!

They are not only on the nostalgia driven MY2K tour, but they just released their first single in well, forever.

‘I Believe’, such a good track! I hope that it is the start to them coming out with new music!

Check out their full interview in Paper Mag!

I am so happy that nostalgia is so hot right now. I have needed this comeback for, forever.

In 2000, Nelly came into the scene with his Midwest flow rapping ‘Country Grammar’ and following it up with the album “Country Grammar” as well.

Well, 16 years later, it is now certified diamond, something that not many albums ever achieve. Let’s put it this way, rappers like 50 Cent and Jay Z have never had any of their albums go diamond. Well, I should say yet because it took Nelly 16 years.

I think that we can all agree that  in the early 2000’s Nelly owned the rap game, as strange as that sounds but with songs like well, ‘Country Grammar’, ‘Ride Wit Me’, ‘Shake Ya Tailfeather’, ‘Air Force Ones’, ‘Hot In Herre’, along with duets like ‘Dilemma’ with Kelly Rowland (my favorite former member of Destiny’s Child), and ‘Over and Over’ which brought in country superstar Tim McGraw. I mean, he was all over the place with genres!

Word on the street is that Nelly is trying to make a cross over into country music, so we will see how that goes. His remix of ‘Cruise’ with Florida Georgia Line was a smash hit, so it wouldn’t surprise me if it actually worked in his favor!

Nelly, thanks for being my first favorite rapper ever, but I am still a little salty that you and Ashanti broke up, because you two were my favorite.

So this is not a dream, this is real life. The MY2K tour is going to be absolutely incredible. Not only will 98 Degrees be there but O-Town, Dream, and Ryan Cabrera? What did we do to deserve such a great lineup? Honestly, we don’t deserve a line up like this, that is something that I am sure of but hey, I will accept it and buy tickets as quickly as I possibly can.

Clearly bands are starting to realize that nostalgia is the best thing in the world because they are coming up with awesome lineups and tours. Nothing like some throwback music to really get your day going!

Tickets go on sale Friday April 29th, and I am beyond excited.

I can’t wait for this concert, are you excited?

When I was 10 there was noting more I wanted than to learn all of Dream’s choreography and be able to sing like they did. Of course I am not a singer or a dancer but I tried, all because of these four ladies.

I can remember when they broke up and it broke my heart, but they are coming back together, there is nothing more that needs to be discussed.

Apparently they will be performing at the Mixtape Festival which seems to be a throwback festival of amazing performers. They will be sharing the stage with NKOTB, Paula Abdul, O-Town, and 98 Degrees! I mean I think I need to be there.

This is a blessed day! God bless!


and there just as awesome but not as popular song

Can we agree they had the coolest furniture in their music videos?