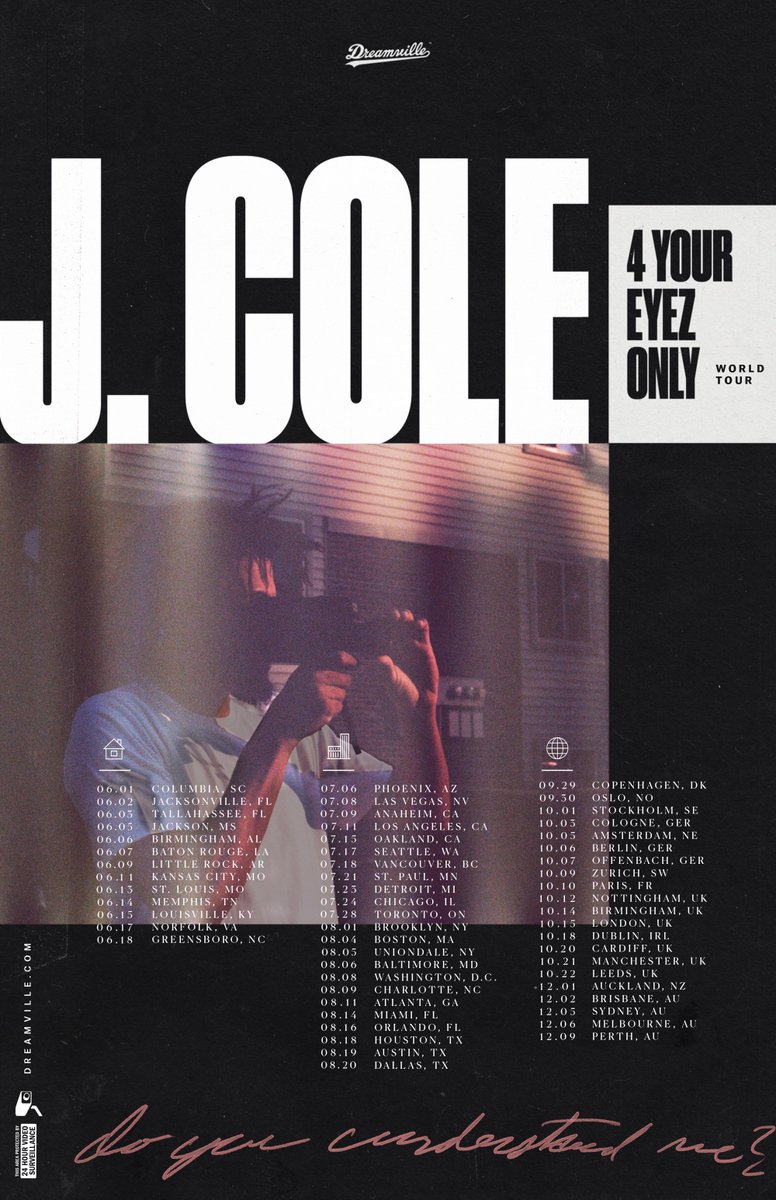 Oh shit, J. Cole is going on tour this summer and he is hitting some major cities. After his surprise album 4 Your Eyez Only debuted at number one, you knew that he was going to have to do something. You don’t have that kind of insane success with an album then  just take some time off.

The tour will kick off in South Carolina then the 12 shows following it will all be at smaller venues, after that it is arenas only baby.

General sale will start on February 24th at 10 am through the Dreamville website.

Tickets will sell fast so be sure to pick them up right when they come out!

Check out the dates below.